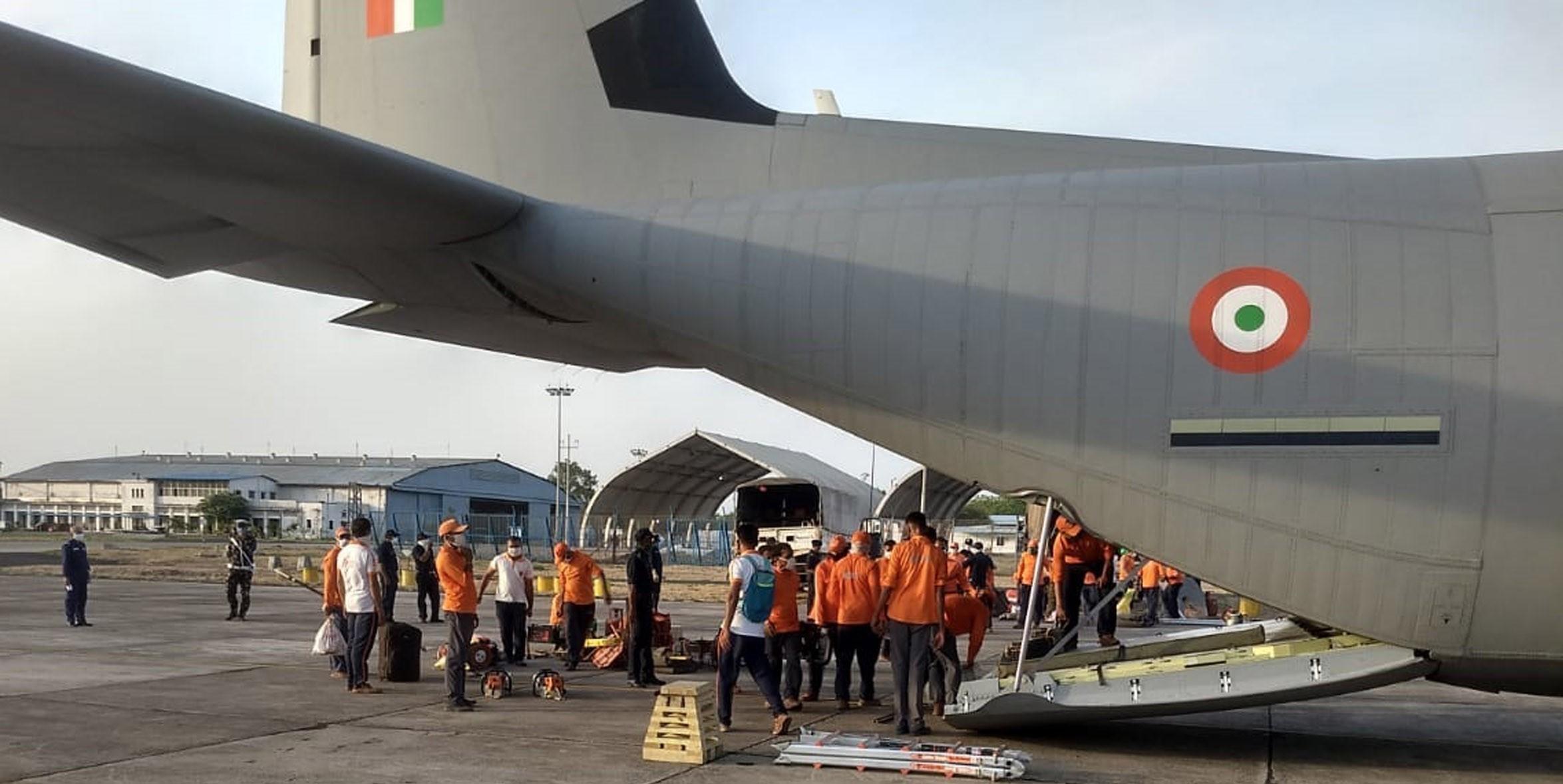 Kolkata: In the wake of cyclone Amphan, the Indian Air Force (IAF) deployed its 56 Heavy and Medium Lift assets comprising of 25 fixed-wing aircraft and 31 helicopters to undertake relief operations in the eastern parts of the country.

“.. as part of its quick response towards Humanitarian Aid and Disaster Relief (HADR), the Indian Air Force (IAF) continued to be on a high state of preparedness for undertaking relief operations in the eastern parts of the country,” an IAF Spokesperson said in a statement.

The aircraft and helicopters were modified with required equipment for undertaking relief operations and are on standby with crew for a quick deployment at various IAF bases.

The Crisis Management Cell activated at Air HQ is actively coordinating with the Civil Administration and the NDRF teams.

Two C-130 aircraft airlifted four NDRF teams, two each from Pune and Arakkonam for Kolkata on May 21.

Along with these teams, 8.6 tonnes of heavy equipment and machinery required to undertake relief operations by NDRF was also airlifted.

Aero India Show to be held in Bengaluru from February 3