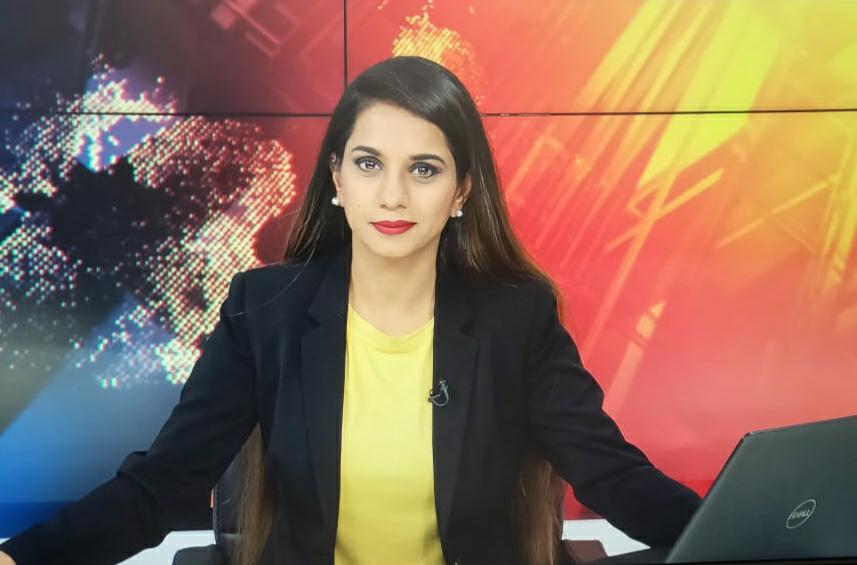 New Delhi: Who says women can’t read maps? Well, here’s a girl out to prove the old adage wrong. Flying Officer Tejaswi Ranga Rao is the first woman to be selected to be a weapons systems officer in the Sukhoi-30 fleet – the Indian Air Force’s frontline air-dominance fighter aircraft.

A weapon systems officer or a “wizzo” as commonly known in the Air Force, is an flight officer directly involved in all air operations and weapon systems of a military aircraft, which is considered a highly specialized task. In laymen terms, they are the flight officers who ride behind the pilot to maintain the aircraft’s systems.

Flying Officer Tejaswi, who belongs to Bangalore, was born to R Ranga Rao, currently a chief manager in State Bank of India, and Radhika Ranga Rao, a homemaker. Her parents are settled in Pune.

Attributing a large part of her accomplishment to her parents, Tejaswi recalls how her family has always played a major role in encouraging her towards her goals and feels that if your family supports you, the world can't stop you from being better each day.

After finishing school in Chennai, Tejaswi joined NCC (National Cadet Corps) while pursuing her  BSc in Biotechnology, Chemistry and Genetics from Bangalore. After a year’s training at the Navigation Training School of the Indian Air Force, she graduated as part of the navigation course from Air Force Academy on 20th of this month. Tejaswi credits Indian Air Force in a big way for all her success and achievements as a WSO (weapons systems officer) today.

“In the 25 years that women have been in the IAF there has been slow but steady progress. It is heartening that women pilots are now allowed in the cockpits of combat aircraft earlier the MiG-21 and now as WSO on the Su-30MKI, thereby placing a foot firmly in this rigidly male bastion. Along with breaking the glass ceiling women aviators will soon be breaking the sound barrier in state of the art premier fighter aircraft of the IAF. This is another huge milestone towards equal opportunity for women in the armed forces,” says Wing Commander Pamela Pereira (retired), a former IAF pilot.

According to an answer to a question in Parliament, the strength of women officers serving in the Indian Air Force, as on July 1, 2019, is 1,905. Of these, eight are fighter pilots and 17 are navigators. This makes for about 13 per cent of the total strength of officers.

Though the female pilot strength in IAF remains low and only a handful of female inducted as fighter pilots, with Flying Officer Tejaswi becoming the first female WSO, India joins the club of the few elite countries including US and UK, to have female WSOs.

“Another glass ceiling shattered. A woman in control of the Su-30 cockpit for all mission related weapon system is definitely a first for the IAF. In a multi-crew fighter cockpit, it is essential that the pilot and the WSO work in tandem towards mission accomplishment. Having a good WSO doing her job takes off half the mission pressure from the pilot in front who now can direct his spare mental capacity towards flying the aeroplane,” says Wing Commander AR Giri (retired), who is a former IAF pilot.

Rao has also won the prestigious president’s plaque for topping the navigation course, the first ever woman to do so thus plotting a new pinpoint in the course of navigation school's history.

Having faced several hardships in her pilot training, Rao was evermore enthusiastic to better herself and perform to the best of her capability in her training as a navigator. Her instructors further played an important role in justifying her dreams to join the fighter fleet in order to become a WSO and she hopes to continue putting in her best in the finest traditions of the Indian armed forces.

The author is a Delhi-based senior journalist who covers defence.