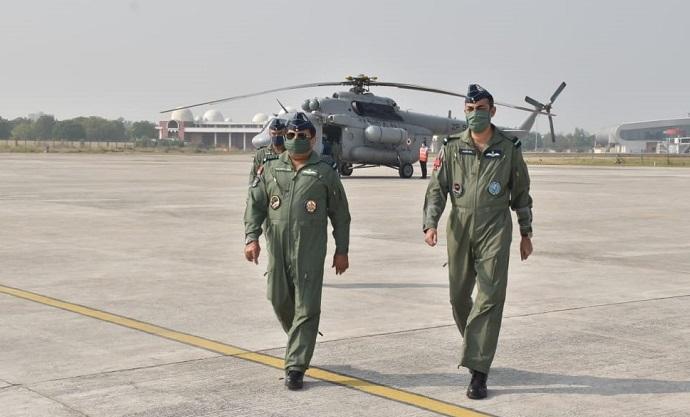 At Air Force Station Deesa, he was briefed in detail on plan for Phase I of work services which were cleared in October 2020.

“Phase I incorporates the construction of runway, taxi track, tarmacs and other operational infrastructure,” an IAF spokesperson said.

The chief underlined the operational importance of the base and directed close monitoring and speedy completion of necessary work services.

Later in the day, he visited Air Force Station Vadodara and reviewed operational preparedness of the Station.

During his interaction with the personnel of the Station, he urged them to continue discharging their duties with utmost sincerity and ensure a high state of operational readiness.