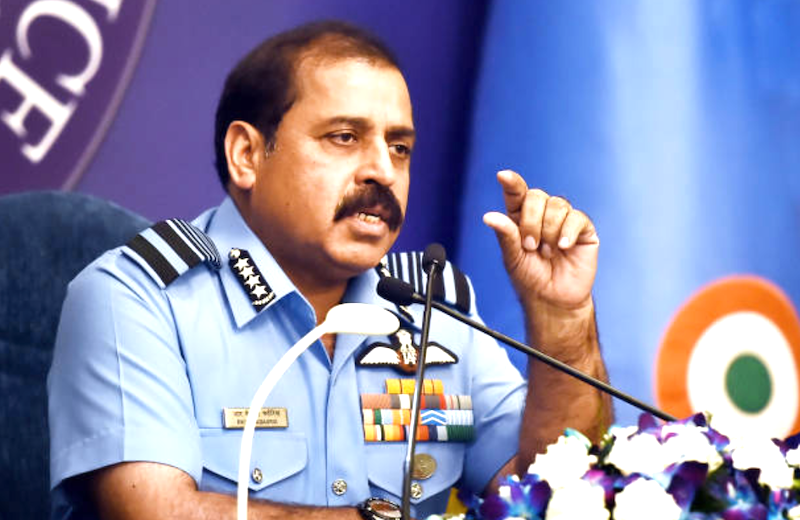 The air chief said the world is witnessing an unprecedented “period of flux” that it has not seen after the two world wars triggered by tensions between global powers, extremist ideologies and transnational terrorism. He said, “A broad scan of the geopolitical landscape would reveal that in the last few years, the world has traversed through an unsettling phase in geopolitics. We are witnessing a period of flux, something that humanity has probably not experienced in the past outside of the two world wars.”

“Rising tensions between global powers, fragile states falling prey to the big power game, increase in extremist ideologies and sponsoring of transnational terrorism are some of the bigger challenges the world is facing today,” he added.

Discussing the developing situation in the Indian Ocean Region with the rise of China’s power, ACM Bhadauria said, “The IOR and Indo-Pacific Region in particular is also witnessing a tectonic shift in the strategic sphere as the maritime trade and economic centre of gravity drifts towards this part of the oceans. With the west and the US in a strategic retreat for last couple of years, it has opened up a window of opportunity for a geostrategic realignment and this is being largely shaped by China.”

He said China’s rapid economic growth and expanding economy has allowed it to invest heavily into military technology and R&D. This has got further exacerbated against a backdrop of intensified science and technology competition overall.

He said, “While the west was becoming increasingly dependent on Chinese supply lines, the Chinese have enhanced their military and economic outreach in the available/vulnerable and vacated spaces as applicable in various parts. With the focus firmly back on the Indo-Pacific region, now increasingly, the dominant powers have started jostling for larger influence in our neighbourhood and this is bound to have much larger security implications for nations in general but India in particular.”

He stressed the importance for our country to remain independent in our strategic thought and increase cooperation and seek better bilateral ties with other nations.

Concluding his address with how the Indian Air Force sees the future, the air chief said, “A potent air force in the future will be characterized by aspects of persistent presence, multirole capability, rapid deployment, spectrum dominance, secure technology, centricity of information management, precision targeting and rapid innovation for asymmetric capability.”

Signing off on an optimistic role, ACM Bhadauria said, “With the ongoing transformational changes, we are well poised to become an ever-potent strategic force capable of foreseeing and effectively addressing the security challenges of the future.”