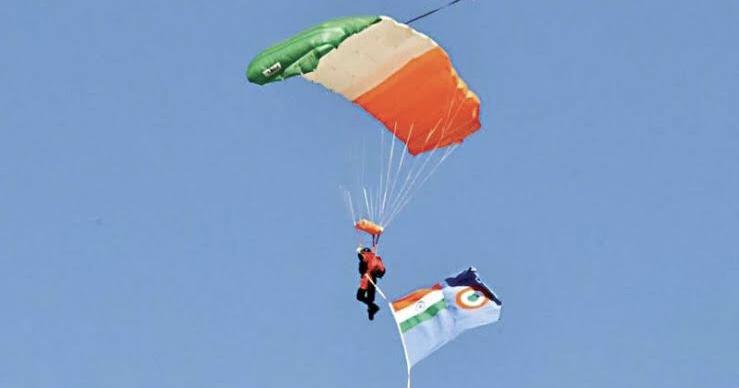 Leh: In yet another milestone, the Indian Air Force (IAF) has achieved a new record of the highest Skydive Landing at Khardungla Pass in Leh at an altitude of 17982 feet, breaking its past record.

Aiming to instil the qualities of camaraderie, team spirit, physical and mental courage, the IAF keeps on doing such activities.

“The landing at such an altitude is extremely challenging due to low oxygen levels combined with low air density and rough and inhospitable hilly terrain,” IAF spokesman Wing Commander Indranil Nandi said here on Friday.

Both the air warriors have shown excellent professionalism, grit and determination in overcoming adverse conditions and achieving the grand success of setting a new IAF record, he added.

“This unique achievement once again demonstrates the capability of the IAF to scale new heights despite the challenges and remain committed to our motto of Mission, Integrity and Excellence,” Wing Commander Nandi said.

He also said that the IAF always been promoting adventure activities for its personnel.