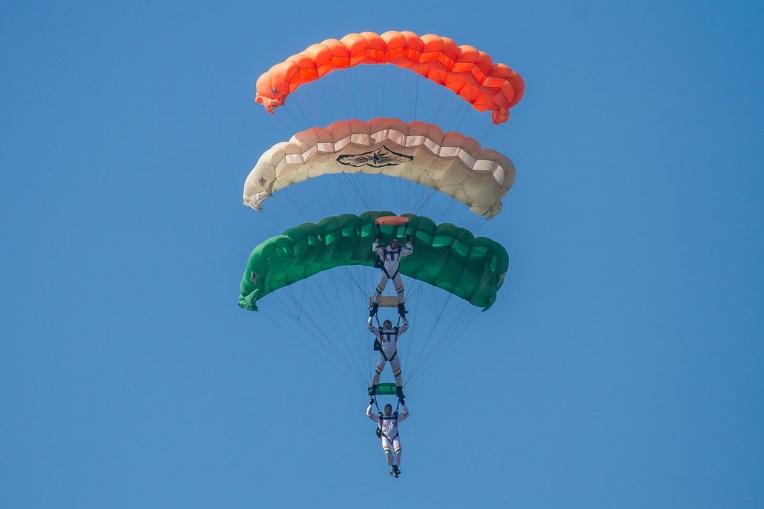 Nagpur: A thrilling display of coordination between the magnificent air warriors and their flying machines was on show at the ‘Air Fest 2022' at its Headquarters in Vayusena Nagar, Nagpur on November 19.

The Air Fest was conducted as a part of the “Azadi Ka Amrit Mahotsav,” an initiative of the Government of India to celebrate 75th Anniversary of Indian Independence and the glorious history of our people, culture and achievements. 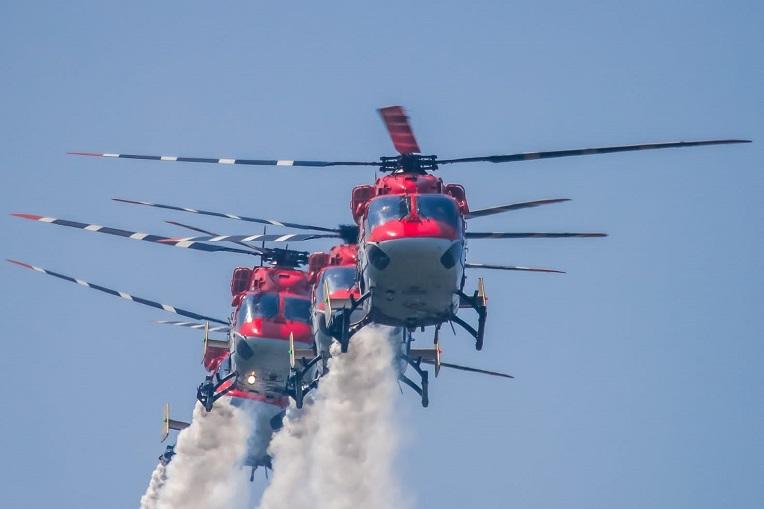 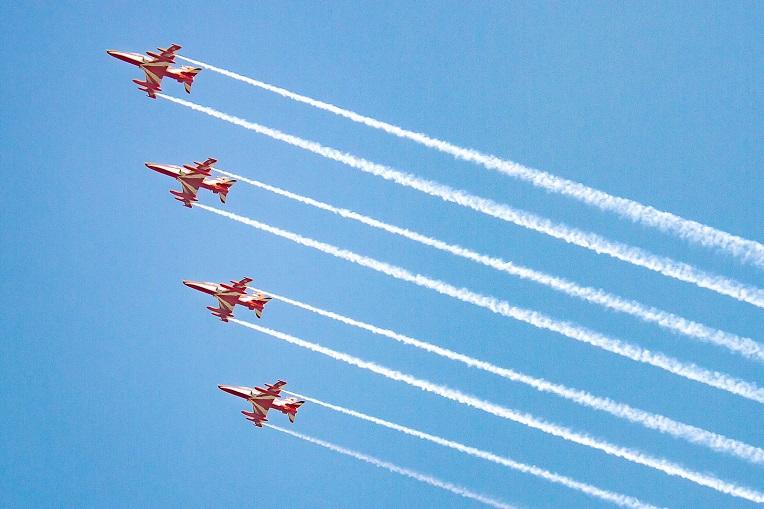 The Air Fest commenced with fourteen NCC Air Wing cadets demonstrating their skills in aero modeling wherein both remote controlled and control line models were flown in full view of the spectators.

The remote controlled aircraft carried out an aerobatic display consisting of loops, rolls and figure of eight whereas, the control line model displayed inverted flying, loops and vertical figure of eight. 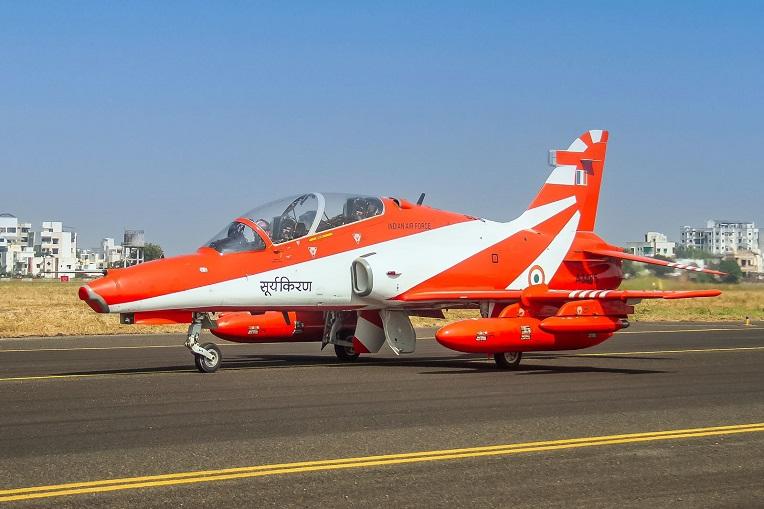 Thereafter, a Paramotor pilot enthralled the audience in his Paramotor with his aerobatic manoeuvres including a spiral descent from 1,000 feet and a ‘wingover’ at a height of 300 feet.

The Dare Devils of “Akashganga” IAF team comprising of six air warriors displayed a breath-taking demonstration of skydiving from a Dornier aircraft from a height of 8,000 feet and landed with precision in the designated landing zone. 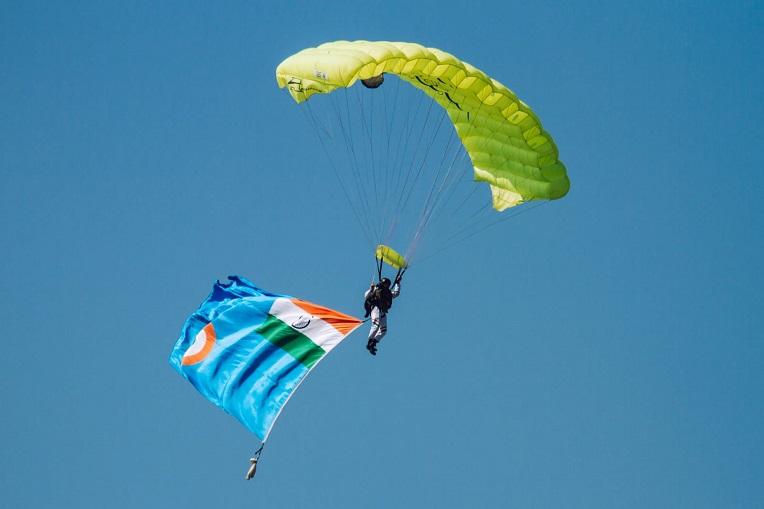 The leader carried the AF Ensign, which was followed by the second para jumper landing with the Akashganaa flag and the demonstration culminated with three of the team members landing with the Tricolour.

This was followed by an Avro aircraft, a medium-size turboprop transport aircraft, flying low at 500 feet above ground level in front of the spectators.

Thereafter, a synchronized rifle drill performance by eighteen air warriors of the world renowned Air Warrior Drill Team (AWDT) of IAF left the Nagpurians in a state of awe. 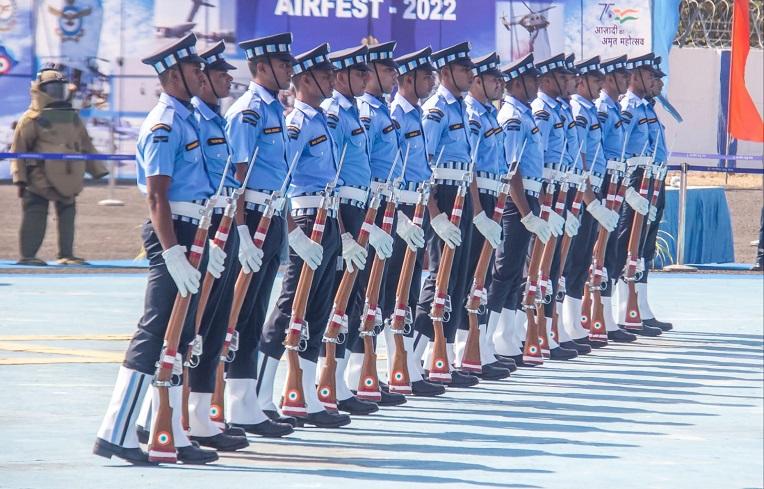 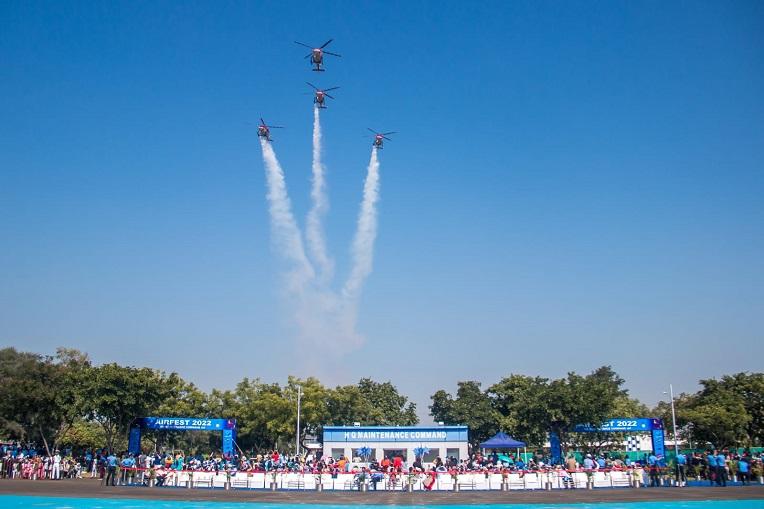 The Sarang team performed some breath-taking manoeuvres like approaching the dais in wine glass formation and then displayed very crisp and elegant India and diamond formations.

This was followed by gravity defying Dolphin’s leap which is a three aircraft synchronized stall turn. 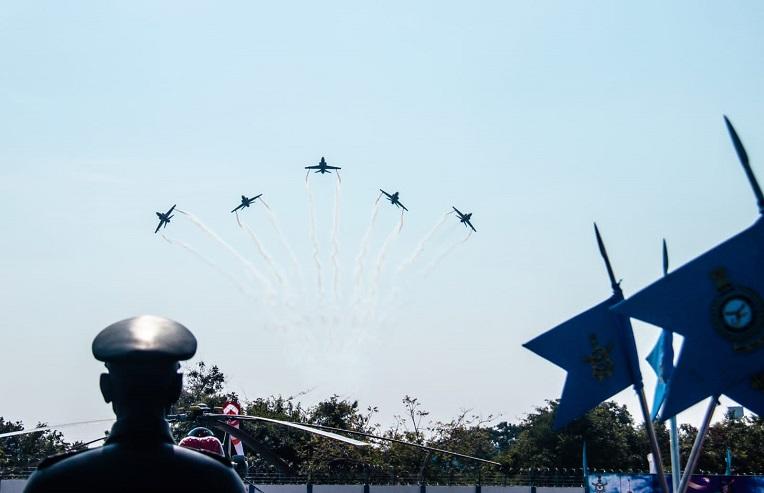 The last was the signature manoeuvre wherein the Sarang split and the team leader presented an aerial salute to the esteemed guests. The choppers flying just two propellers distance from each other showed superior skills and expertise of the pilots.

The No. 5 Air Force Band played martial tunes of ‘Sound Barrier’, ‘Ae watan watan’, ‘Mera Mulk Mera Desh’ etc to connect the public with the IAF so as to instill the fervour of patriotism.

The performance by the AF Band was followed us a scintillating air display by the Surya Kiran Aeroatic Team (SKAT), comprising of nine Hawk Mk. 132 aircraft. 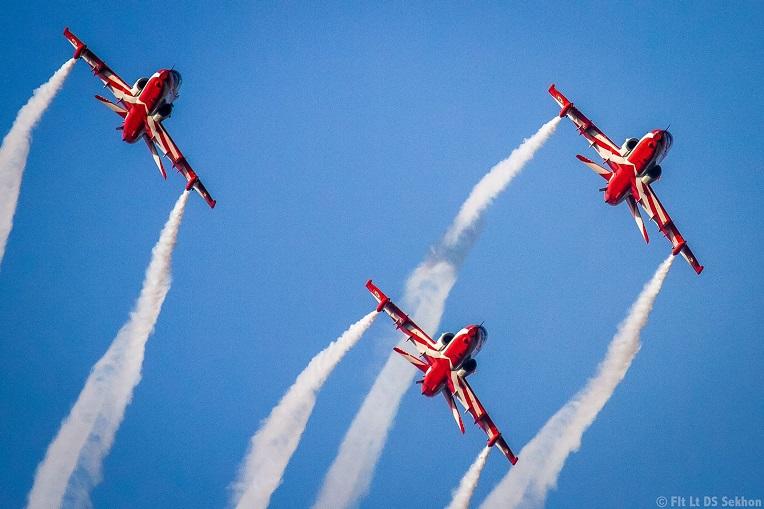 The perfect crosses and the breathtaking manoeuvres executed by the pilots were definitely a treat to the eyes. 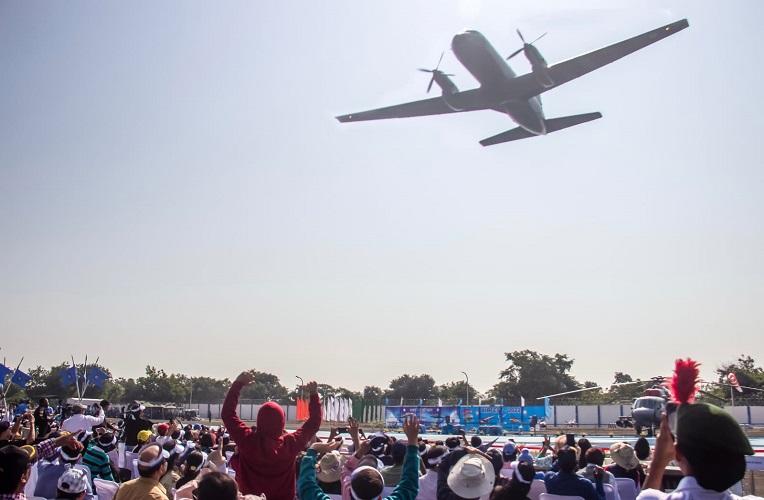 After the Air Show, static display of aero models, Mi-17 V5 aircraft and various operational equipments was opened up to the audience.