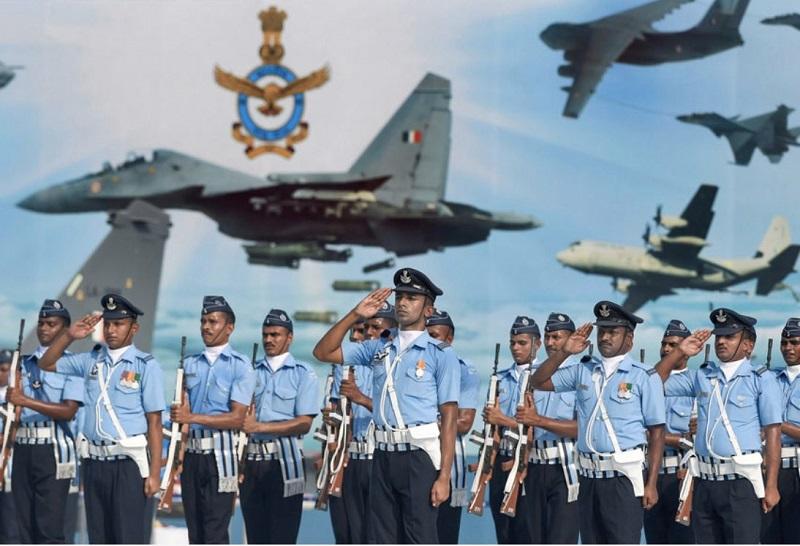 President Ram Nath Kovind honoured air warriors, veterans and the families of Indian Air Force (IAF), saying that the nation remains indebted to the contribution of the IAF in securing the skies.

“On Air Force Day, we proudly honour our air warriors, veterans, and families of the Indian Air Force. The nation remains indebted to the contribution of the IAF in securing our skies and assisting civil authorities in Humanitarian Assistance and Disaster Relief," President Kovind said in a tweet.

"The ongoing process of modernisation with induction of Rafale, Apache and Chinook will transform the IAF into an even more formidable strategic force. Confident that in the years to come, the Indian Air Force will continue to maintain its high standards of commitment and competence," he said in another tweet.

Prime Minister Narendra Modi in a tweet said, “On the occasion of Air Force Day, congratulations to all the warriors of IAF. You not only safeguard our airspace but during disaster times you play a lead role in serving the humankind. For our motherland, your courage, valour and dedication are inspiring to all.”

My felicitations and best wishes to the air warriors and their families on the occasion of Air Force Day-2020. Eighty-eight years of dedication, sacrifice and excellence mark the journey of the IAF which is today a lethal and formidable force to reckon with," Mr Singh tweeted.

“The Nation is proud of its men and women in blue and salutes the prowess of the IAF as it stands ready to face challenges and deter adversaries. We remain committed to the enhancement of IAF's combat capability through modernisation and indigenisation,” he added.

Union Home Minister Amit Shah also extended his greetings to the Air Force on the occasion, and reiterated the Centre's commitment towards the IAF.

"Greetings on Indian Air Force day! From safeguarding our skies to assisting in all odds, our brave Air Force personnel have served the nation with utmost courage and determination. Modi govt is doing everything possible to keep our mighty air warriors roaring loud in the skies," Mr Shah said in a tweet.

The IAF was established on October 8, 1932, in undivided India which was under colonial rule.

It was given the prefix "Royal" by King George VI for its contribution during the Second World War.

The prefix was later dropped in 1950 after India became a republic.