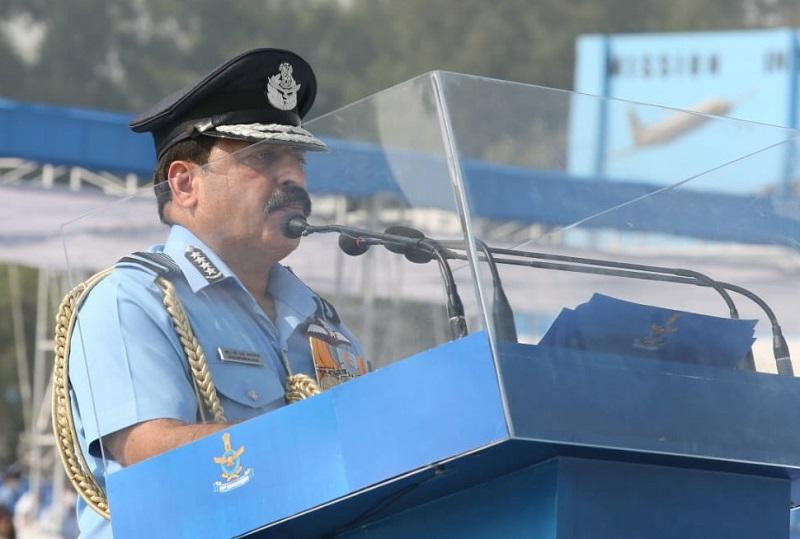 New Delhi: Amid border standoff with China in eastern Ladakh, Indian Air Force (IAF) Chief ACM RKS Bhadauria on Thursday assured the nation that the IAF is ever ready to safeguard India’s sovereignty and interests.

Delivering a speech on the occasion of 88th Air Force Day at Hindon airbase, he said, ‘‘I want to assure the nation that the Indian Air Force will evolve and be ever ready to safeguard our nation's sovereignty and interests in all circumstances.’’

With the induction of new platforms as well as training, the IAF has emerged as a dominant regional force that has proven its capabilities from time to time, most recently, with the Balakot strikes that destroyed the terror hideouts in Pakistan, across the line of control, he said.

‘‘This year has indeed been an unprecedented one. As Covid-19 spread across the globe, our nation's response was firm. The tenacity and resolve of our air warriors ensured that IAF continued to retain its capability to undertake full-scale operations throughout this period,’’ IAF Chief said.

Indian Air Force extends heartfelt greetings to the Air Warriors, Veterans & their families on the occasion of 88th anniversary of IAF.

‘‘As we enter the 89th year, the IAF is undergoing a transformational change. We are entering an era which will redefine where we employ aerospace power and conduct integrated multi-domain operations,’’ ACM Bhadauria added.