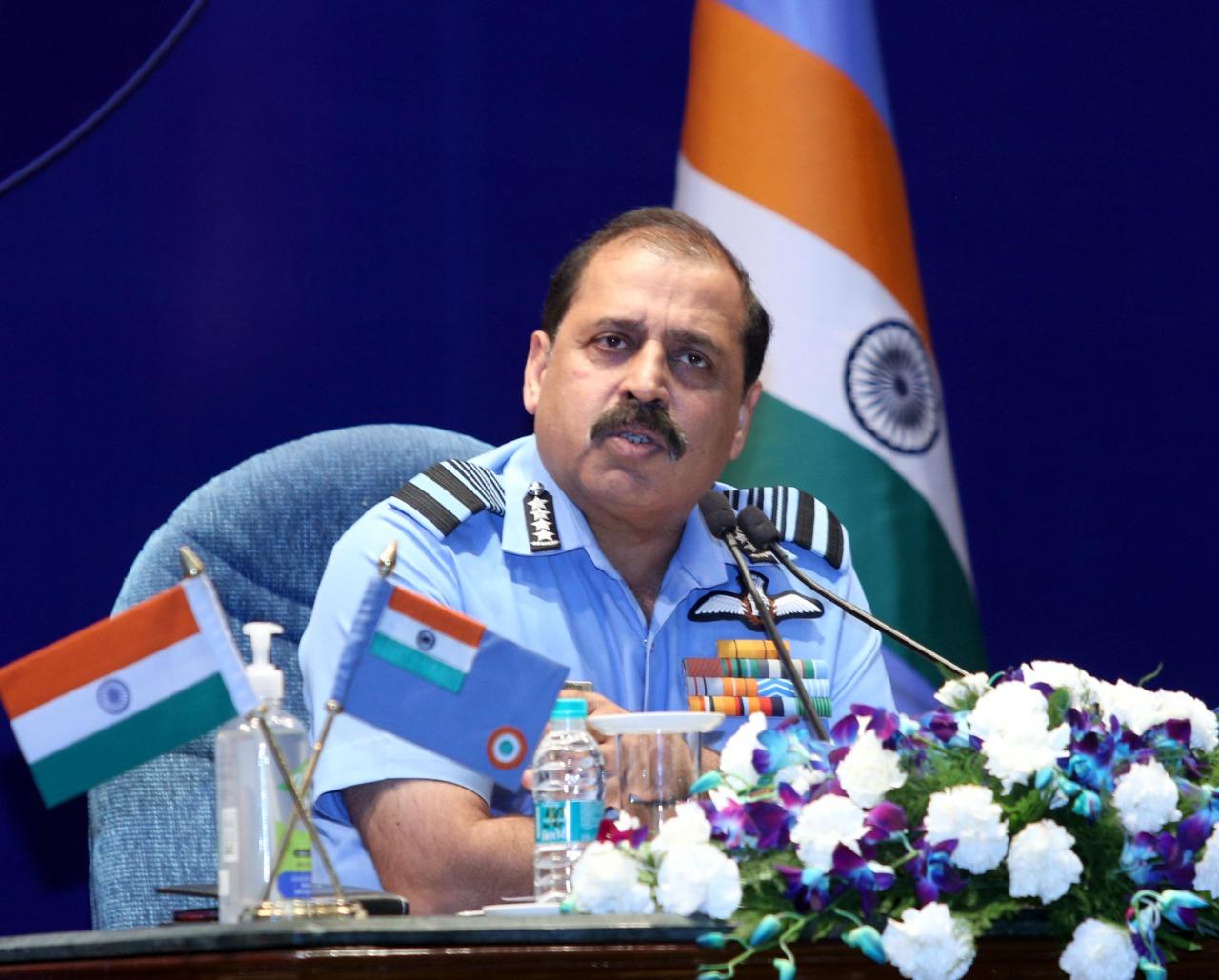 New Delhi: Stating that Indian Air Force (IAF) is fully prepared for dealing with two-front war, IAF Chief ACM RKS Bhadauria on Monday said “We are in a position to take on China in Ladakh and was well positioned for that.

Speaking at the annual press conference ahead of the 88th Air Force Day on October 8, he said, “We are very well-positioned. There is no question that in case of any conflict, China can get the better of us.”

Asked if India's estimation of China was correct, the IAF Chief said the adversary could not be underestimated as it had made huge investment in military technology.

“Their strength lies in surface-to-air systems they have put up in the area. They have long missile systems. We cater to those in our matrix... we can take on that threat,” he said.

In a reply to another question whether the military was surprised by Chinese aggression in Ladakh, the chief said, “We acted swiftly and it will not be correct to say we were surprised... We do hope the talks between the military commanders progress on expected lines. The current progress (by China) is an effort to dig on for the winter... we too are taking actions to step up air assets."

On being asked about if China could use Pakistan air bases, ACM Bhadauria said it would mean a collusive threat and the force was ready to tackle it.

On the possibility of a two-front threat, the chief said, “We are aware they are cooperating closely. There is significant threat, but so far there is no such indication that they are colluding for a two-front war.”

On Rafale, he said it had provided the IAF a technological edge.

“It gives the ability to strike first and strike deep and hard even in a contested air space,” he said.

About the delivery schedule of Rafale, he said five planes were expected beginning November.

A squadron consists of 18 fighter jets.

On the role of drones, he said drones were useful in the build-up to the conflict. On the specifics of armed drones, which India is looking to buy from US firm General Atomics, he said, “Attack drones have been successful, some will succeed and some will fall to enemy action. We have worked to find the right mix of having armed drones within the overall firepower.”

“A war cannot be won through armed drones alone. We will take the final decision keeping in mind all aspects,” he added.