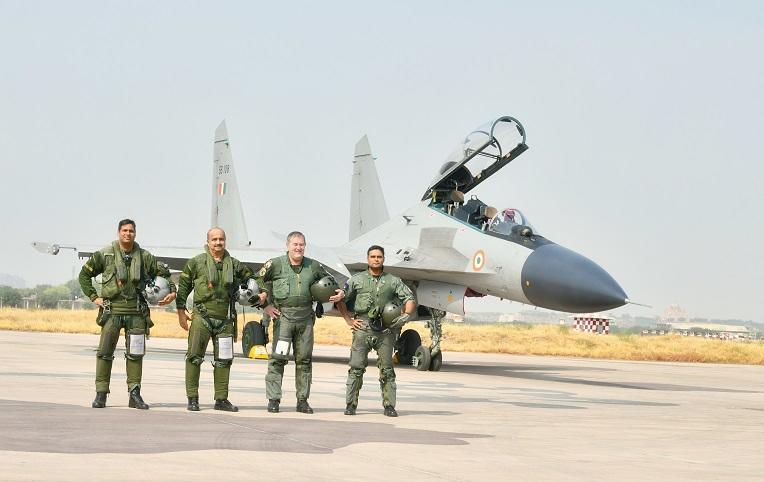 The two air force chiefs participated in the exercise as part of a combined training mission. 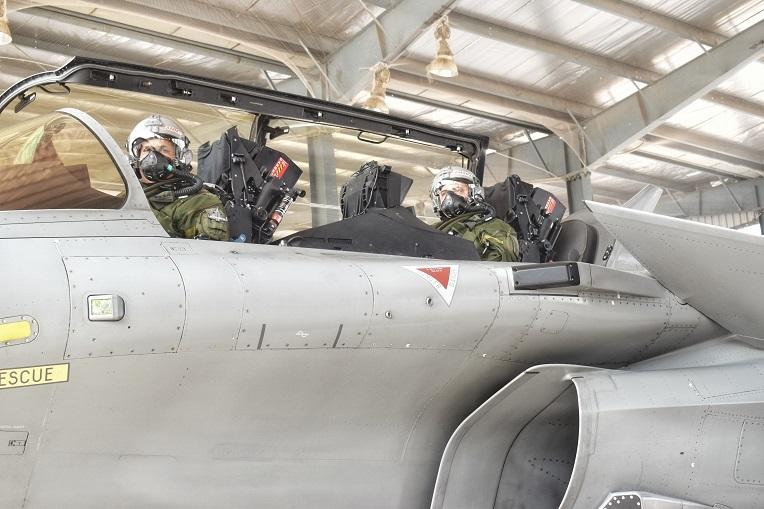 IAF chief ACM Chaudhari told media persons that the joint exercise provides a unique opportunity for both forces to learn and imbibe best practices of each other during operations.

He also highlighted the growing interoperability between both air forces, which has been developing with each successive edition of the exercise, a regular bilateral exercise since 2003. 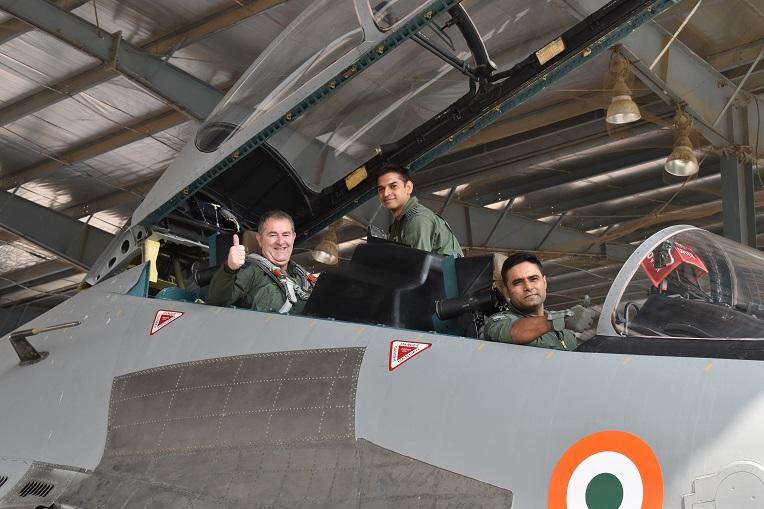 Ex Garuda VII is also the first occasion for the LCA Tejas and the recently inducted LCH Prachand to participate in any international exercise.

The exercise, which is due to culminate on 12 November 22, includes four FASF Rafale fighters and one A-330 Multi Role Tanker Transport (MRTT) aircraft.

Apart from the LCA and LCH, the IAF contingent consists of Su-30 MKI, Rafale and Jaguar fighter aircraft, as well as Mi-17 helicopters. 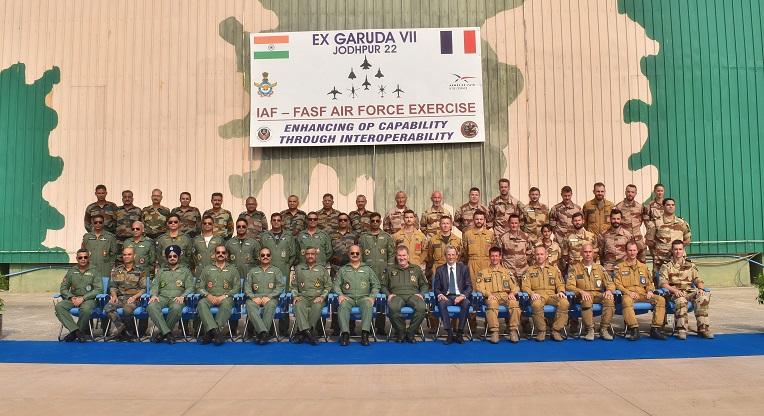