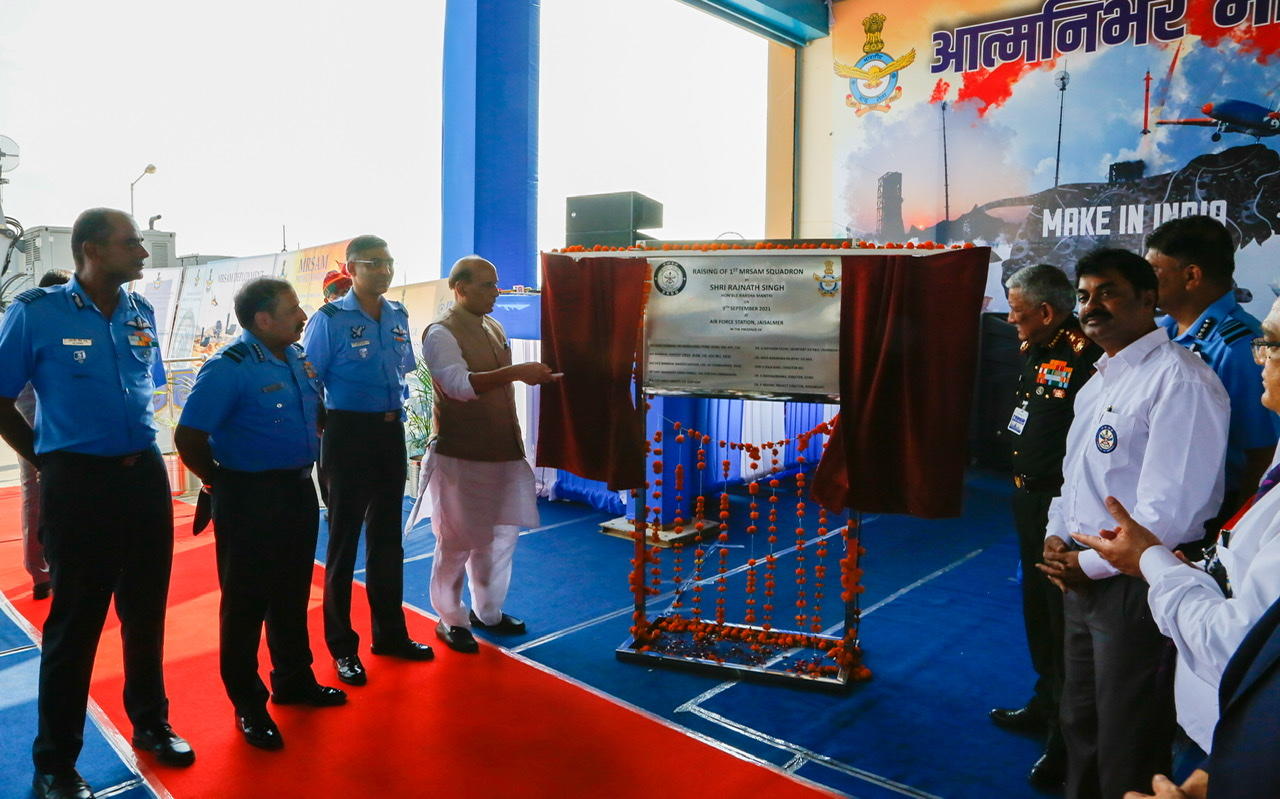 The MRSAM is an advanced network centric combat Air Defence System developed jointly by Defence Research and Development Organisation (DRDO) and Israel Aerospace Industries (IAI) in collaboration with the Indian industry comprising of private and public sectors including MSMEs.

During the event, DRDO and IAI officials demonstrated the capabilities of MRSAM system, as part of On-Site Acceptance Test (OSAT).

In his address, Singh lauded the joint efforts of DRDO, IAI, various inspection agencies, public & private industry partners in developing, what he termed, one of the best state-of-the-art missile systems in the world.

“With the handing over of MRSAM system to IAF, we have taken a giant leap towards achieving ‘Aatmanirbhar Bharat’ as envisioned by our Prime Minister Narendra Modi. It will prove to be a game changer in the air-defence-system,” he said.

Singh reiterated the Government’s resolve to strengthen the security infrastructure of the country to deal with any challenges arising out of the rapidly changing global strategic scenario.

He stated that modernisation of the Armed Forces and building a self-reliant defence industry are being accorded top priority. 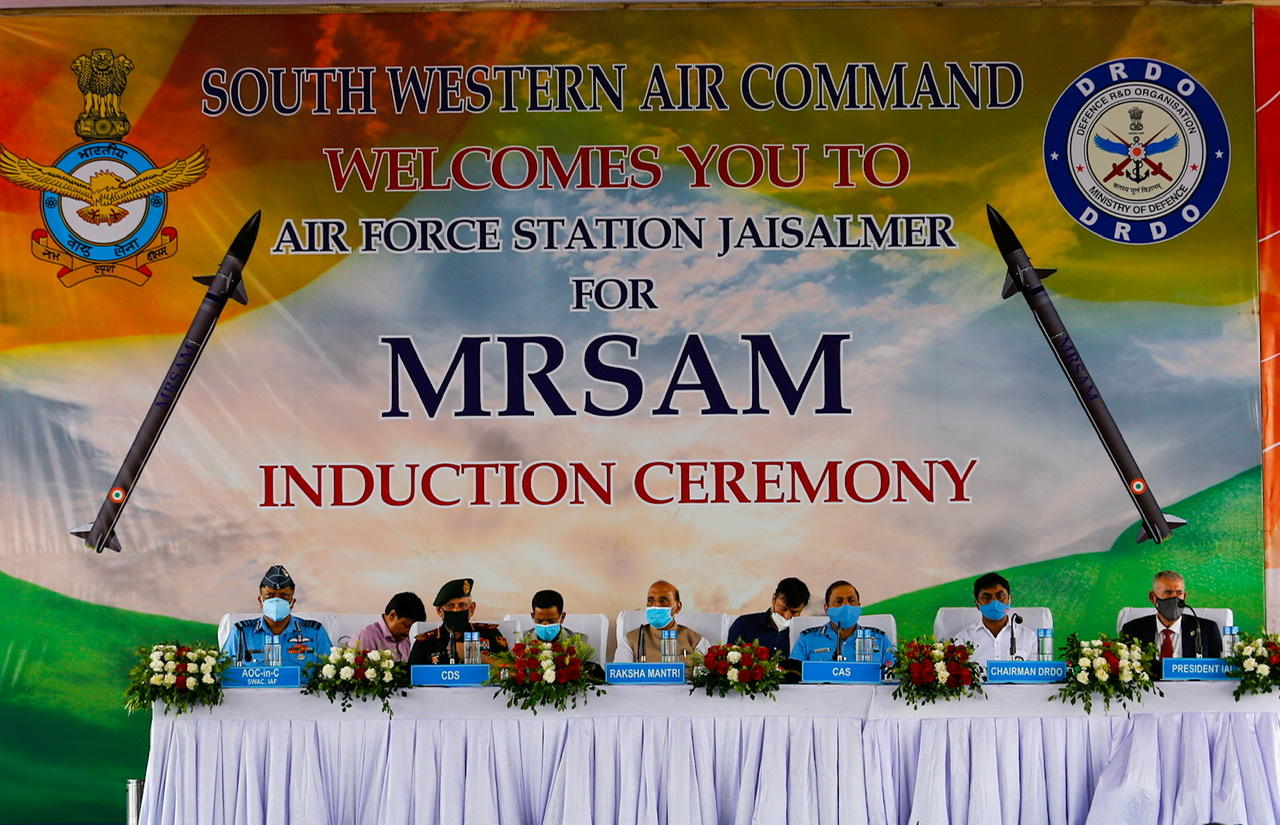 Stressing on the need for a strong military, he said Government is leaving no stone unturned to ensure the security and overall development of the country.

Singh listed out the measures taken by the Government, including setting up of Defence Industrials Corridors in Uttar Pradesh and Tamil Nadu; corporatisation of Ordnance Factory Board; notification of two positive indigenisation lists of over 200 items to increase exports and Transfer of Technology (ToT) by DRDO to the private sector.

The minister expressed confidence that India will soon become self-reliant in defence manufacturing as well as a global manufacturing hub of defence systems.

Singh reaffirmed the Government’s commitment to bolster the technological base through indigenous research, design and development, with focus on 'Make in India, 'Make for the world'. 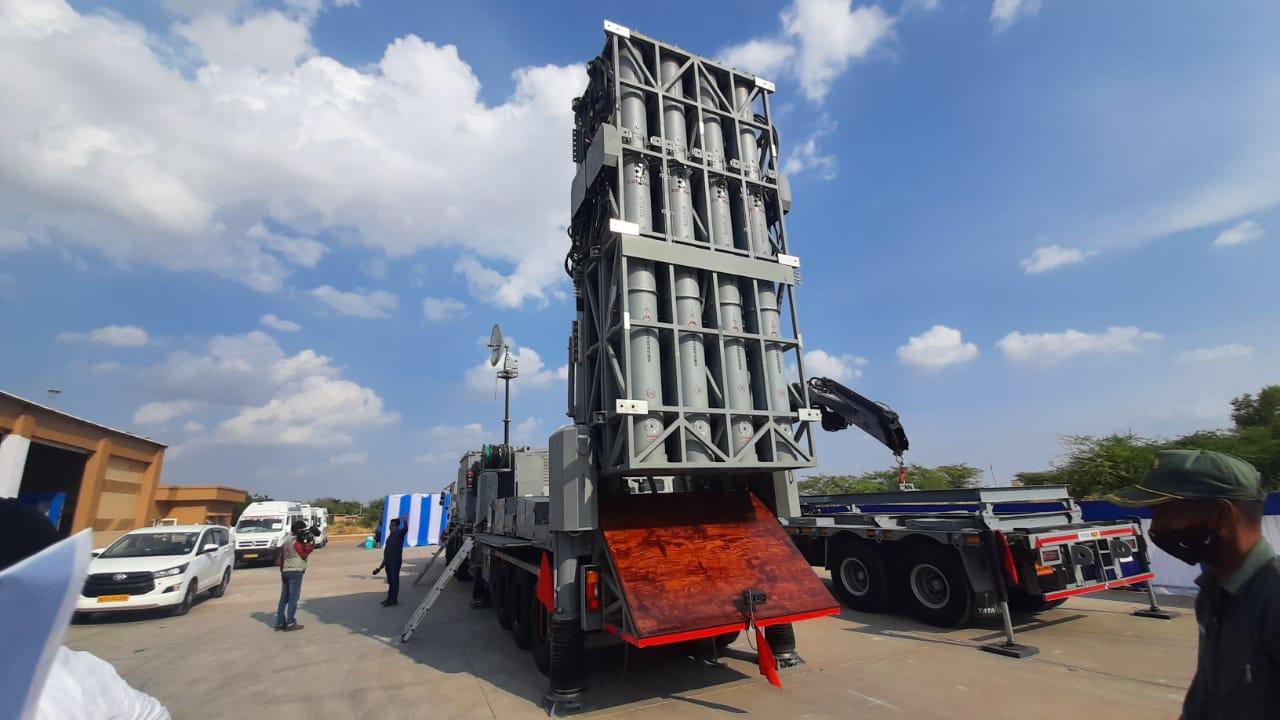 He highlighted that close cooperation between technology partners & friendly countries has led to rapid progress towards realising this vision and development of MRSAM is a great example of such collaborative effort.

He described the development of MRSAM system as a shining example of the close partnership between India and Israel, adding that handing over of the system to IAF has taken this decades-old friendship to greater heights.

It has played an important role in strengthening the defence industrial base of India and Israel, he added.

On the creation of new test facilities and infrastructure in the development of this programme, Singh said it will be helpful in producing quality products for both the countries in the future. He termed the sub-systems being manufactured for this programme as a great example of synergy between Indian public and private sector companies.

On the occasion, he remembered former President Dr A P J Abdul Kalam, terming him a visionary who paved the way for self-reliance in defence sector, especially in the missile development programme.

The MRSAM System is being inducted in the IAF today. This is another step towards self-reliance in indigenous defence technologies. https://t.co/g51TKX2agR

He said around 30 years ago Dr Kalam initiated the Integrated Missile Development Programme at a time when scientists were facing various restrictions in the field of technology.

Despite all this, he said, the success of the programme not only ensured self-reliance in missile development, but also thwarted possibility of any cross-border threat.