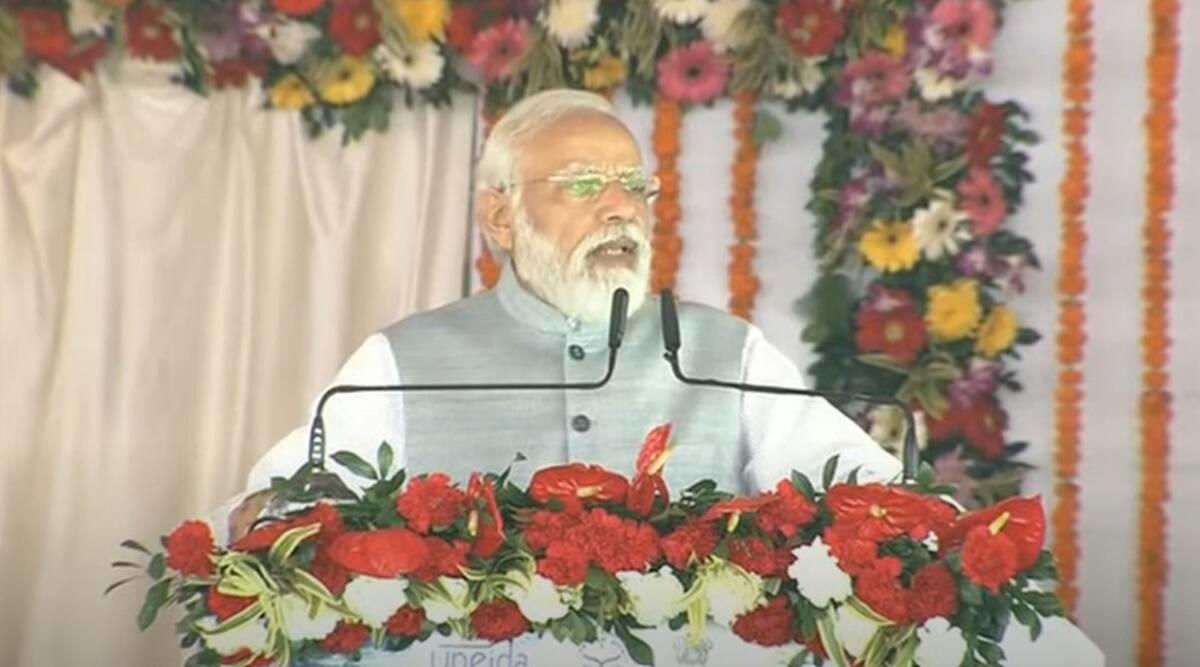 Prime Minister Narendra Modi speaking during the inauguration of the Purvanchal Expressway.

New Delhi/Sultanpur: Prime Minister Narendra Modi inaugurated the 341km Purvanchal Expressway in Uttar Pradesh, on Tuesday, after landing on the highway strip in an Indian Air Force C-130 Hercules transport plane. He landed on the 3.2km stretch of the highway, in Sultanpur district’s Karwal Kheri, that has been constructed to enable planes to land during emergency.

After Modi’s plane touched down, two IAF warplanes – a Mirage 2000 and a Jaguar – also touched down on the expressway. While the Jaguar touched down and took off within a few seconds, the Mirage 2000 made a full landing. The inauguration ceremony also saw an AN-32 transport aircraft landing troops on the strip, a flypast by three Kiran Mk2s that were flanked by two Sukhoi-30MKI fighters.

The six-lane expressway, which can be expanded to an eight-lane highway, links the state capital, Lucknow, with Ghazipur in the east of the state. It has been constructed at cost of around ₹22,500 crore.

The UP chief minister, Yogi Adityanath, and the chief of defence staff, General Bipin Rawat were present among other dignitaries during the expressway’s inauguration.