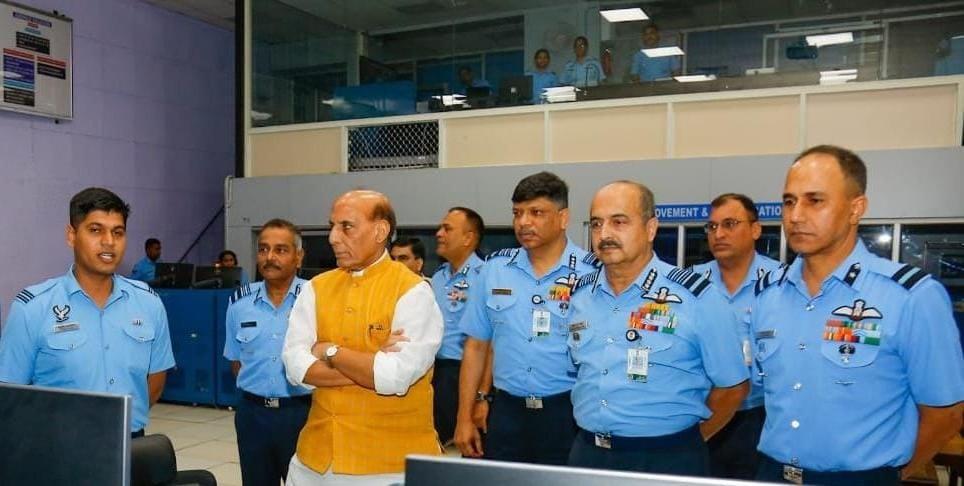 New Delhi: Defence Minister Rajnath Singh has visited a premier radar station of the Indian Air Force, where he witnessed the functioning of the Integrated Air Command & Control System (IACCS).

The system which is said to be the backbone of IAF's march towards network centricity, the IACCS is a key enabler in operations.

The system's capabilities endow its users with an enhanced situational awareness that reduces IAF's sensor-to-shooter loop.

The robust system has redundancies built into its functioning which enable seamless operations between its assets across the country.

During his visit, he was demonstrated various networked operations conducted at varied locations across the country.

These included the networked and synergised operations of fighter, transport and Remotely Piloted aircraft.

He was also briefed about the nuances of peacetime Command & Control functions which include ensuring the air defence of critical areas on a day-to-day basis, as well as during large events.

In his address, the minister complimented the air warriors for keeping the nations’ skies safe throughout the year.