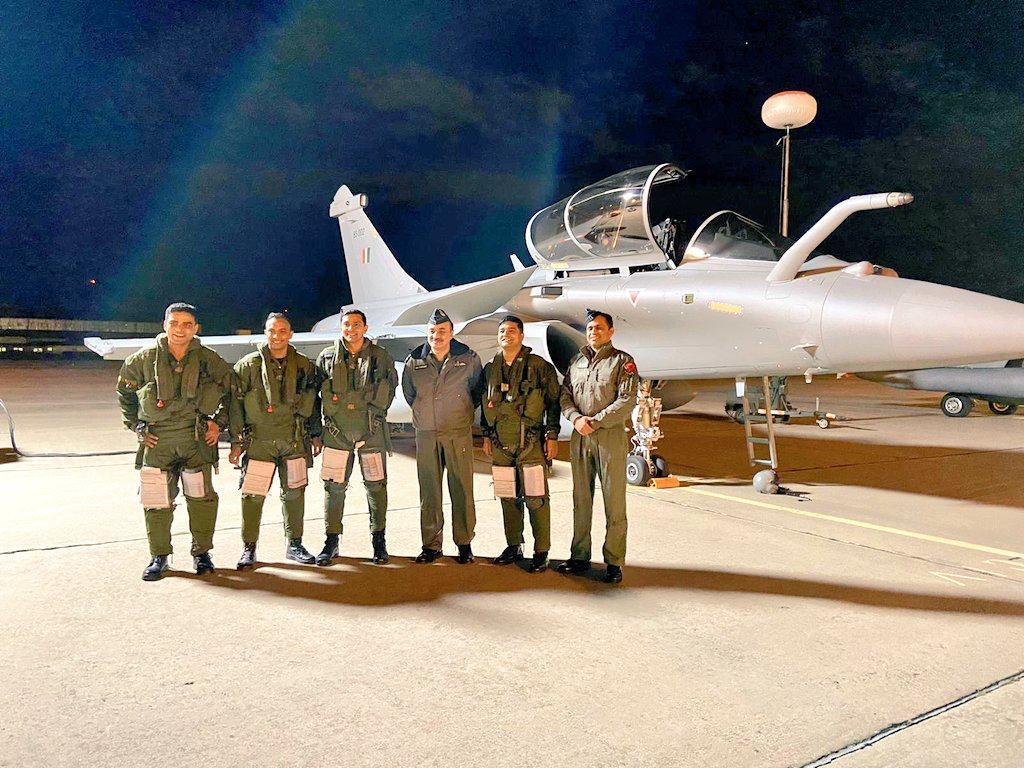 IAF pilots pose with one of the three Rafale warplanes that they flew non-stop from France to India’s Jamnagar airbase.

New Delhi: The Indian Air Force on Wednesday said that the second batch of Rafale fighter jets has arrived in the country. The three fighters have landed at Gujarat’s Jamnagar airbase after flying non-stop from France.

In a tweet, the IAF said: “Second batch of IAF #Rafale aircraft arrived in India at 8:14 pm on 04 November 20 after flying non-stop from France. [Sic.]”

The first batch of five Rafale fighter aircraft arrived at Haryana’s Ambala airbase on August 29 after having a stop-over in UAE.

The five jets – three single seat and two twin-seater trainers – were flown from France by IAF pilots led by Group Captain Harkirat Singh, the commanding officer of No. 17 squadron.

The Indian embassy in France said in a statement that delivery of all 36 aircraft would be completed as per schedule by 2021-end.

The second squadron would be based at Hasimara in West Bengal.

The chief of the air staff, Air Chief Marshal RKS Bhadauria, and the air officer commanding in chief of Western Air Command, Air Marshal B Suresh, had received the first five IAF Rafales which arrived at Ambala.

The defence minister, Rajnath Singh, had then taken to Twitter to congratulate the IAF and Rafale’s maker Dassault Aviation, and said that the IAF’s capability has gotten a “timely boost”.

Rafale is a 4.5-generation aircraft and has the latest weapons, superior sensors and fully integrated architecture.