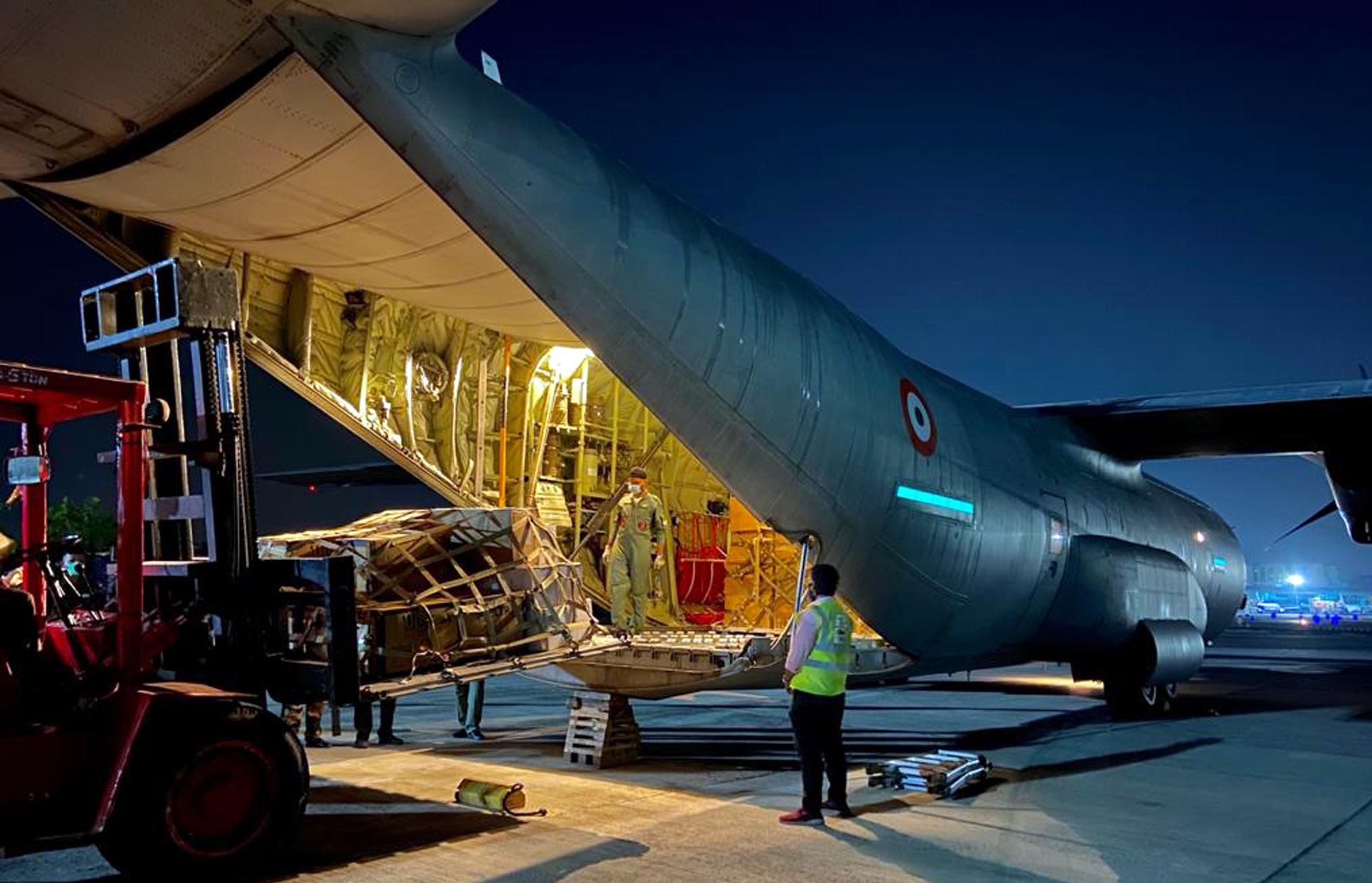 New Delhi: In a bid to reduce the toxicity of the gas being leaked from the storage tank, Indian Air Force (IAF) has deployed its two-transport aircraft AN-32 to airlift approximately 1100 kg of Tertiary Butylcatechol and 7.2 T of Polymerization Inhibitors and Green Retarders from Mundra in Gujarat Gujarat to Vizag in Andhra Pradesh.

“On May 9, the Indian Air Force (IAF) carried out its latest task as part of its humanitarian assistance and disaster relief (HADR) operations by assisting the state government of Andhra Pradesh in tackling the Vizag gas leak,” an IAF spokesperson said.

On Monday, the IAF airlifted 8.3 tonnes of essential chemicals required to effectively control the gas leak that occurred at Styrene Monomer Storage tank in LG Polymers at Vizag in Andhra Pradesh.

The IAF also facilitated the move of Director, Indian Institute of Petroleum from Delhi and a specialist on Styrene Gas from Mumbai to Vizag, the two individuals were required to oversee the operations being undertaken to control the gas leak.

The vapour leak from the plastic-manufacturing unit in the early hours of May 7 caused the death of 12 people besides leaving over 400 hospitalised.

Also, as a part of meeting the emerging requirements of the central government during the ongoing COVID-19 pandemic, IAF continued to airlift essential supplies required to equip state governments and supporting agencies to combat the contagion effectively.

A total of 703 tonnes of load has been airlifted since the time IAF began its operations to assist the government on March 25.

A total of 30 heavy and medium airlift assets have been earmarked by the IAF for undertaking any COVID-19 related task.

Aero India Show to be held in Bengaluru from February 3