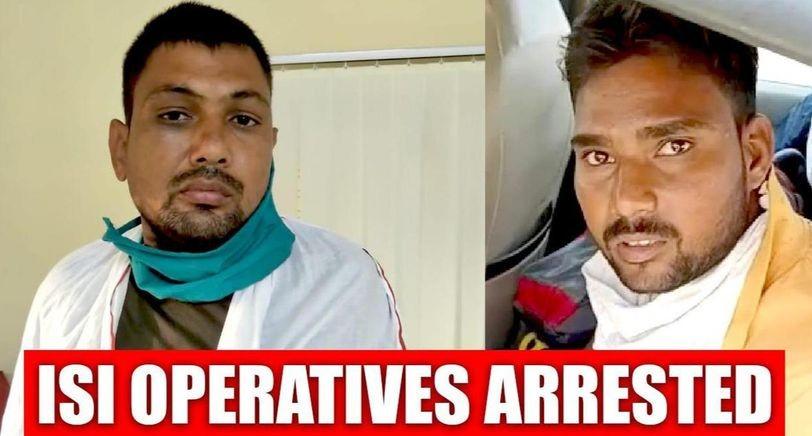 The operation assumes great importance as both, the said Ammunition Depot And MMFR are strategically important military installations in the Western front of country.

It was reported that in the month of August, 2019 the MI Lucknow through its sleuths learnt about an espionage agent near Sri Ganganagar, Rajasthan who was passing military information to his handlers in Pakistan. The individual was identified as Vikas Kumar a civ def emp at an army ammunition depot near Sri Ganganagar.

It was learnt by the MI Lucknow that Vikas Kumar was cultivated by a Pakistani Intelligence Operative (PIO) using a Facebook profile in the garb of "Anoshka Chopra" being run from Multan, Pakistan by a young Pakistani woman.

The MI unit could ascertain that Vikas Kumar was passing military information related to ORBAT (Order of Battle; composition and order of a military fighting formation), ammunition (photos, state, quantity, type, arrival, departure), units coming for firing practice/ military exercise to MFFR, personality traits of senior army officers in lieu of money. It was also found that Vikas Kumar is receiving payments in three of his (and his brother's) bank accounts.

MI Lucknow shared the case with UP ATS in the month of January, 2020. Activities of Vikas was monitored and analysed by a joint team of MI Lucknow and UP ATS. The operation was code named 'Desert Chase'.

Based on these it was learnt that Vikas is acquiring photos of a "water distribution register" at a water point/ pump house in MFFR through a contractual civil employee named Chiman Lal.

The development of the case was halted due to start of lockdown period all across the country. However loss of critical information due the the duo was continuing.

Plans for apprehensions were made and finally both Vikas Kumar (29) son of a retired Army personnel of village- Bahadurwas, Kisari, PS-Mukandgarh, District- Jhunjhunu, Rajasthan and Chiman Lal of village- Ajitmana, PS- Mahajan, District- Bikaner, were arrested by Rajasthan Police on 08 June 2020 (Monday) at Jaipur.

Latter, during the questioning at Jaipur, Vikas Kumar reportedly confessed that he had received a friend request from the PIO's Facebook Profile, "Anoshka Chopra" in the month of March/ April, 2019 and had accepted.

They became very friendly, shared their WhatsApp numbers with each other and started chatting and making audio/ video calls.

The PIO used to use an Indian WhatsApp number and claim she is working with Canteen Store Department (CSD) headquarters at Mumbai. Vikas Kumar joined several WhatsApp groups as she asked him to. She was in all these groups and there were many serving defense and civil defence employees in them.

Subsequently she introduced Vikas Kumar to her 'boss', Amit Kumar Singh (pseudo name used by the handler) who was also using an Indian WhatsApp number.

He at times claimed to be from CSD and at times form Military Engineer Service (MES). Once Vikas and the Pakistani handler, 'Amit Kumar Singh' started communicating, 'Anoshka Chopra' blocked her from her Facebook and WhatsApp.

The handler convinced Vikas to send him military information in exchange for money. Hence the sequence of tasking by the handler and reporting by Vikas Kumar started around end of April 2019.

Most of the information Vikas Kumar had passed on to his handler  was found to have been acquired himself and some through Chiman Lal. The latter used to regularly send photos of "water- distribution- register" kept at one of the Pump House of MFFR with details of Army No, Rank, Name, Unit, Total Strength & Quantity of water drawn on almost daily basis.