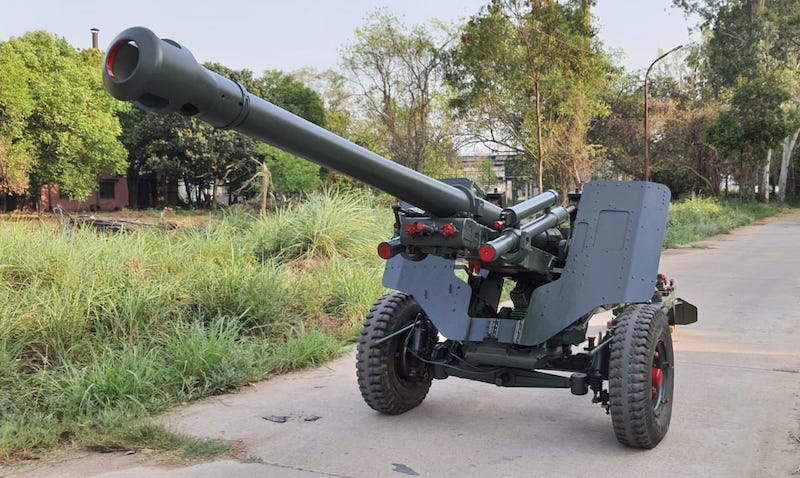 New Delhi: With a focus on “atmanirbharta” (self-reliance) in the defence sector, the Indian Army will be replacing its British-era 25-pounder guns with the indigenous 105mm Indian field guns (IFG) for offering the 21-gun salute to the president and the national flag on Republic Day.

Until last year, the vintage 25-pounder guns were traditionally used on the Republic Day celebrations. The decision has been taken as part of the government’s efforts of doing away with the colonial past and adopt indigenous things as much as possible.

These guns were retired from the service in 1990s and since then used for ceremonial purposes only.

The Army’s Delhi Area chief of staff, Major General, Bhavnish Kumar said: “We are moving towards ‘atmanirbharta’ in defence and the time is not far when all are equipment will be ‘swadeshi’ (indigenous).”

“On Republic Day, 105mm Indian field guns will offer the 21-gun salute to the president and the national flag. It will replace the 25-pounders,” he said.

It may also be noted that the 105mm IFG’s ammunition is also made in India.

Designed in 1972, the 105mm Indian field gun (IFG) is being made at the Gun Carriage Factory in Jabalpur and Field Gun Factory in Kanpur. They are in service since 1984.

According to Maj Gen Bhavnish Kumar, the 105mm IFG guns are compact and light. They can also be airdropped.