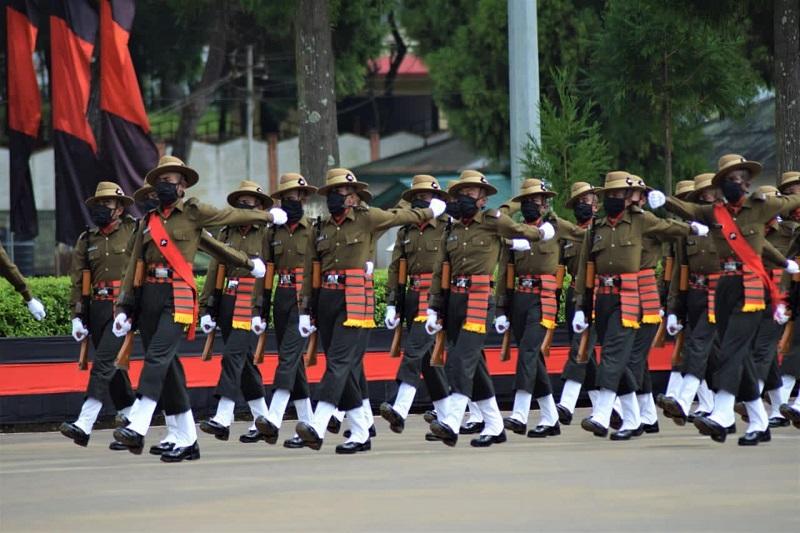 Shillong: A total of 69 recruits took oath of affirmation on Tuesday during the attestation parade which was held at Assam Regimental Centre in Happy Valley here.

The parade was reviewed by GOC 101 Area, with all COVID precautions. @easterncomd @adgpi @SpokespersonMoD pic.twitter.com/TNYbC2cn1m

In his address to the attested young soldiers, the Reviewing Officer extolled the virtues of selfless service to the Country and recounted the contributions of the North East and Assam Regiment towards nation building.

The Assam Regiment is an infantry regiment of the Indian Army.