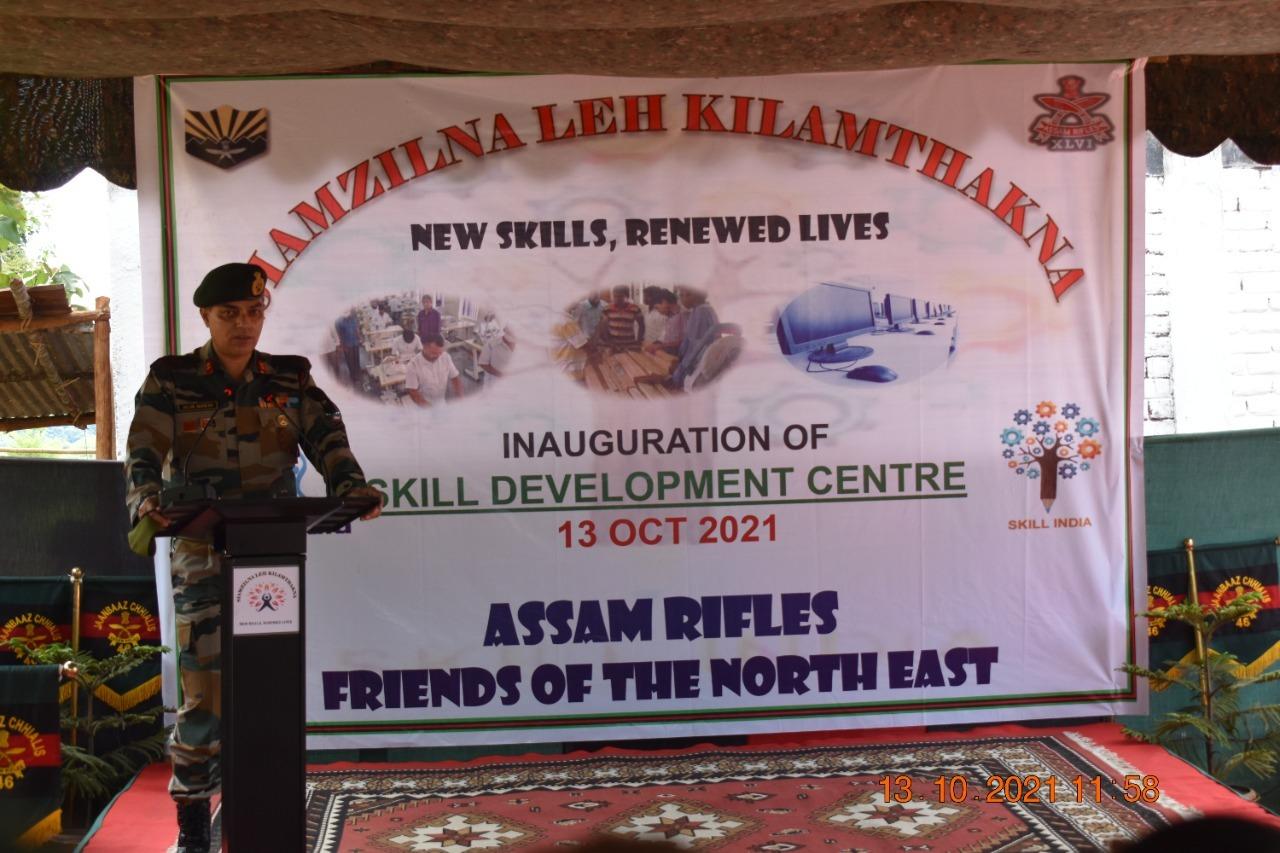 Maj Gen Alok Naresh during the inauguration of the camp.

Imphal: Major General Alok Naresh, the inspector general of the Assam Rifles (South), inaugurated the first-of-its-kind skill-development centre at a “suspension of operations” (SoO) camp in Manipur’s Churachandpur district, on Wednesday. It was held at the camp to bring militant cadres into the mainstream population by empowering them during suspension of operations (SoO).

The Skill development program was inaugurated by Maj Gen Alok Naresh, IG Assam Rifles (South) in presence of various dignitaries from Assam Rifles and members of ZRO. The training will be organised in multiple phases of 30 days . @SpokespersonMoD @official_dgar pic.twitter.com/aZFPPWwh41

In an effort to impart skill based training to the inhabitants of the SoO Camp of #ZRA at #CCPur district #Manipur. IGAR(South) launched first of its kind Skill Development Program on 13 Oct 2021. @SpokespersonMoD @official_dgar pic.twitter.com/wBIcoOE24F

The training will be organized in multiple phases of 30 days each. The first phase, which started on Wednesday, will include training on skills like sewing, carpentry and infotech training. Training for subsequent phases will be upgraded to other result-oriented skills based on the feedback from the trainees.

To bring peace and stability in Manipur, the Centre and the Manipur government signed tripartite agreement with the Kuki-Zomi insurgent groups for suspension of operations (SoO) to enable talks and formulating of a framework for resolving the insurgency.

Subsequently the ZRO President became the first chairman of the UPF.

In August 2008, other insurgent groups also entered an agreement with the Centre and the Manipur state governments to facilitate peace talks.

After signing of the tripartite agreement, the first designated SoO camp of ZRA called “Muvanlai Camp” was established in New Teikot on September 17, 2010.

There are around 73 cadres in the camp who are mainly engaged in the camp’s maintenance and activities like pisciculture, goat rearing, farming of paddy and other organic crops.

During the inauguration, Gen Naresh said, “The endeavour of this initiative is to empower the trainees to successfully compete with their counterparts in the professional and social domain.”