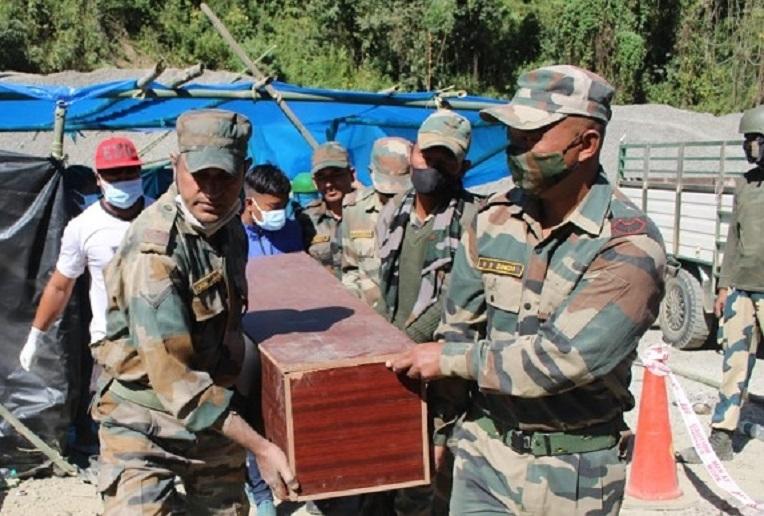 Hnathialm: Lunglei Battalion of 23 Sector Assam Rifles under the aegis of Inspector General Assam Rifles (East), provided a rescue Team to rescue people’s burried due to a landslide which occurred due to collapsing of a stone quarry at Maudarh, Hnathial District.

The party of Assam Rifles was one of the first responders to reach the incident site on the evening of 14 November, on receiving the information of the said incidence.

The team reached in location alongwith medical team and helped in clearing of debris and recovery of eight bodies. Efforts are on to recover the balance four bodies also.

The party has been working in close coordination with civil administration and is providing maximum assistance possible.

Assam Rifles has always been amongst the first responders in case of any untoward incidence, even in the far flung areas of Mizoram.

Locals of Mawdarh expressed their gratitude for the selfless services of Assam Rifles.