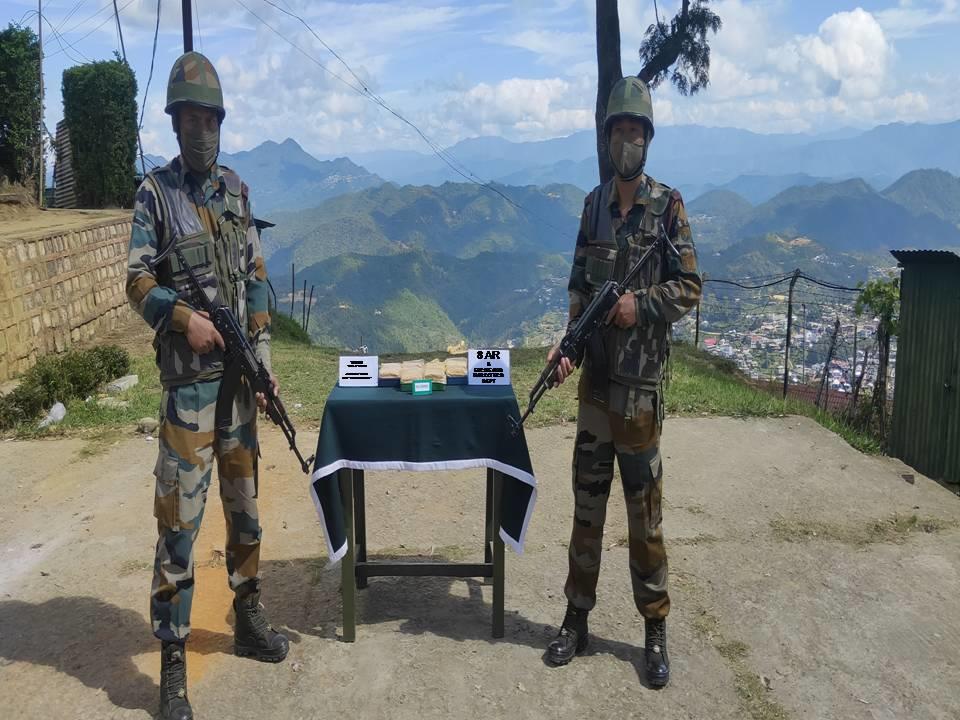 Zote: In yet another success in its crusade against smuggling activities, Serchhip Battalion of 23 Sector Assam Rifles under the aegis of Inspector General Assam Rifles (East) recovered 254.5 grams of Heroin Grade No IV worth Rs 1.27 crore in the General Area Zote along Indo-Myanmar Border on 10 November 2022.

The operation was carried out by a combined team of Assam Rifles and Excise & Narcotics Department, Champhai based on specific information.

The seized consignment were handed over to Excise & Narcotics Department on 10 November 2022 for further legal proceedings.

Ongoing smuggling of illegal drugs is a major cause of concern for the state of Mizoram.

Assam Rifles, rightly christened as the ‘Sentinels of Northeast’ have been successful in launching such operations against the smuggling activities in Mizoram.