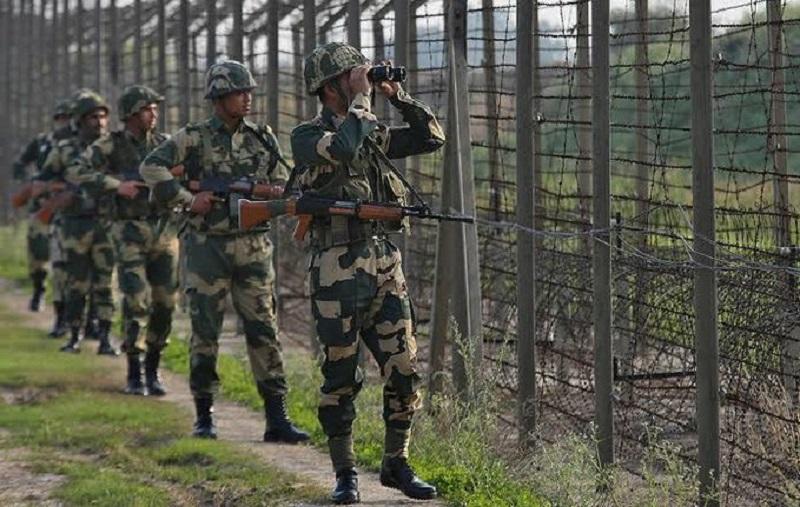 BSF jawans along the borders

Srinagar: Asserting that less number of militants managed to infiltrate into this side from Pakistan -occupied-Kashmir (PoK) as compared to last year due to heightened vigil along the Line of Control (LoC), a senior BSF officer on Monday said that only 24 to 25 ultras infiltrated into J&K in 2020.

Additional Director General (ADG), BSF, Surendra Panwar said that about 250 to 300 militants are waiting on launch pads in PoK to infiltrate into this side before the routs are closed due to heavy snowfall. However, he said that the anti-infiltration grid is on high alert to foil any infiltration attempt.

“Less number of militants managed to infiltrate into this side of LoC as compared to last year due to heightened vigil. According to our inputs, only 24 to 25 militants managed to infiltrate into this side this year as compared to 135 to 140 last year,” Mr Panwar told reporters on the sideline of wreath-laying ceremony of Constable Sudip Sarkar at BSF headquarters at Humhama near Srinagar airport on Monday.

The BSF constable, an Army officer and two other soldiers were killed during an encounter which ensued after alert jawans foiled an infiltration bid from PoK in Machil sector in north Kashmir district of Kupwara on Sunday. Three militants were also killed in the operation.

The ADG said that according to intelligence inputs about 250 to 300 militants are waiting on the launch pads in PoK.

Mr Panwar said that the operation in Machil sector was going on to sanitize the area. “The operation will continue till the area is sanitized to make sure that no militant is present there,” he added.

Giving details of the operation, the ADG said that a BSF party was patrolling forward areas near the LoC at around 0100 hrs on Sunday. “The patrolling party, which included Constable Supid Sarkar, noticed three shadows. The jawans challenged the infiltrators, who opened fire,” he said.

He said the jawans retaliated ensuing in an encounter. “A militant was at a distance of about 10 feet from Constable Sarkar, who was the point man of the patrolling party,” he said, adding that the Constable was injured in the militant attack.

The ADG said before attaining martyrdom, Sarkar fired back and killed one militant. “As it was dark, the other two militants managed to escape,” he said, adding Army and other posts of BSF were informed immediately.

He said joint search operation was launched in the morning following which two militants were killed in the gunfight. “Three Army soldiers, including an officer, were also killed in the encounter,” he said.