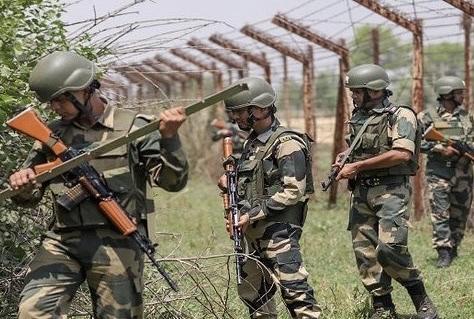 The BSF had shot him as he was approaching aggressively towards the fence.

The soldiers challenged him to stop but he did not pay any heed.

“Finding no other alternative alert troops fired on him and killed him. Area is bing searched,” a BSF official said.

In another incident, the troops apprehended a Pakistani intruder after he crossed the IB in Ramgarh Sector today early morning.

He was brought inside indian side of the fence after opening the gate.

“Nothing incriminating found from his possession so far. Search is going on in the nearby areas.”