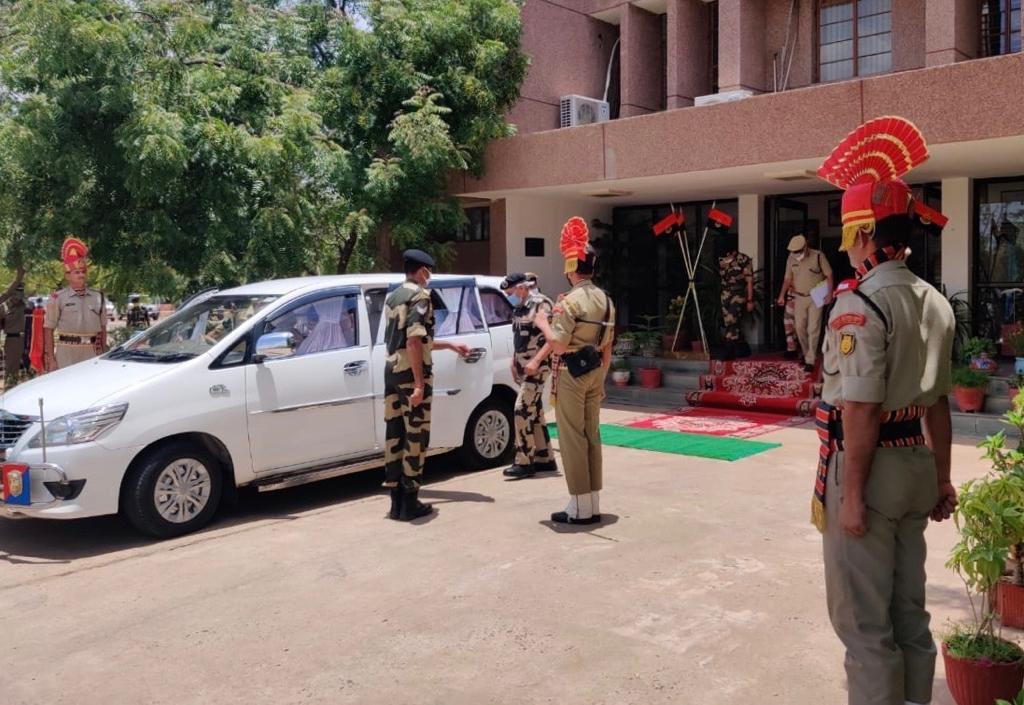 Bhuj: Director General of the Border Security Force (BSF) S S Deswal on Thursday arrived here on a two-day visit to Gujarat to take stock of the International border along Pakistan in this western state.

Deswal, who is also the DG of the Indo-Tibetan Border Police (ITBP), (additional charge of BSF) was received by G S Malik, IPS, IG BSF Gujarat and other senior officers at Bhuj Airport.

During the meeting  security related issues were discussed. The DG BSF would also visit the international border to review the security scenario, the statement said.