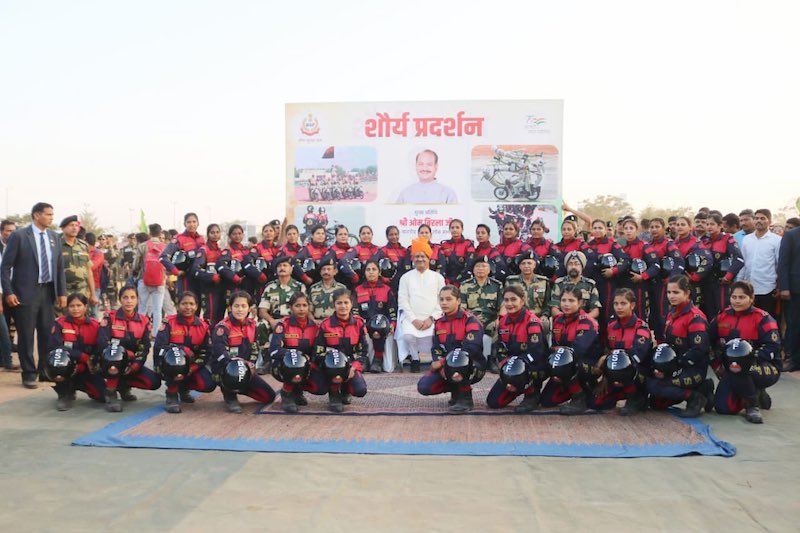 The Border Security Force’s all-women daredevil motorcycle team “Seema Bhawani” was created in 2016 from its women personnel, also known as “Mahila Praharis”, who had a passion for biking. They were picked from various frontiers of the country where they were deployed after a rigorous selection process. After being selected, they have been undergoing rigorous training continuously.

Since then, the team has been participating in various events and has been receiving accolades for their daredevilry and precision riding.

The Mahila Praharis have earned many laurels since their inception, such as putting up a series of jaw-dropping stunts and precise manoeuvres while riding their motorcycles on Rajpath on Republic Day celebrations in 2016 and 2022.

Last year, on International Women’s Day, on March 8, the Seema Bhawani team embarked on all-women motorcycle rally “Shaurya Expedition – Empowerment Ride” under the aegis of “Azadi Ka Amrit Mahotsav”. It was flagged off from India Gate, New Delhi and culminated in Kanyakumari and further to Chennai after covering more than 5,280 kilometres.

Below is a list of the records the team smashed. 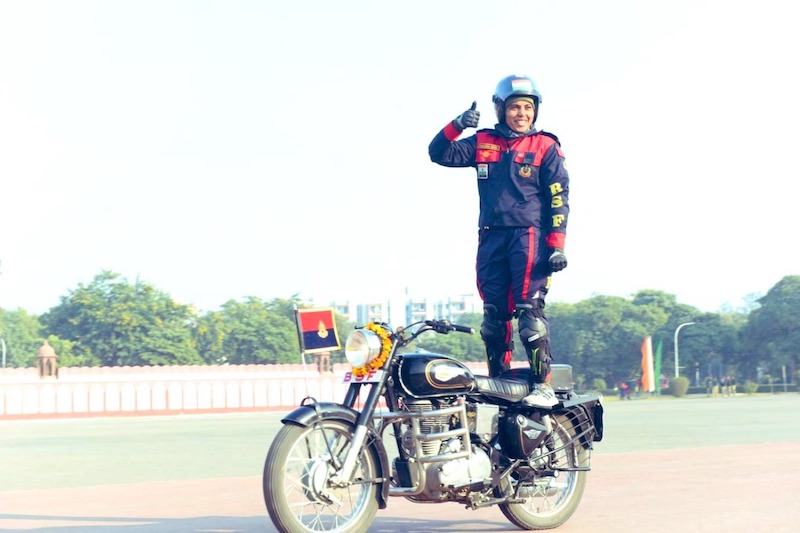 On December 24: The team captain of Seema Bhawani, Mahila/Inspector Himanshu Sirohi, rode a Royal Enfield 350cc bike while standing on the side bracket of the bike for 6 hours 3 minutes and 3 seconds, covering 178 kilometres. 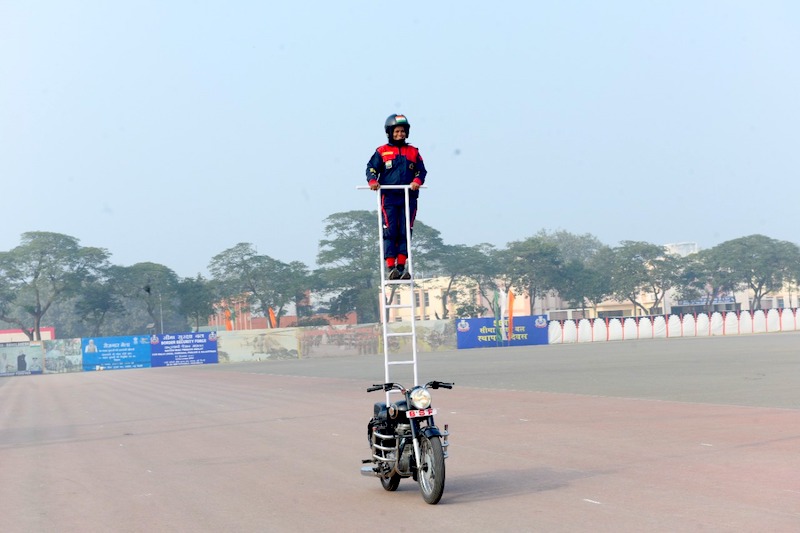 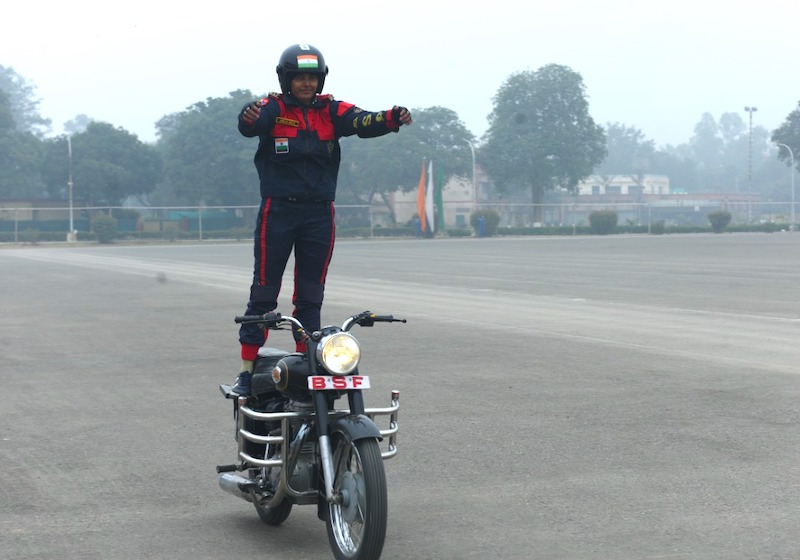 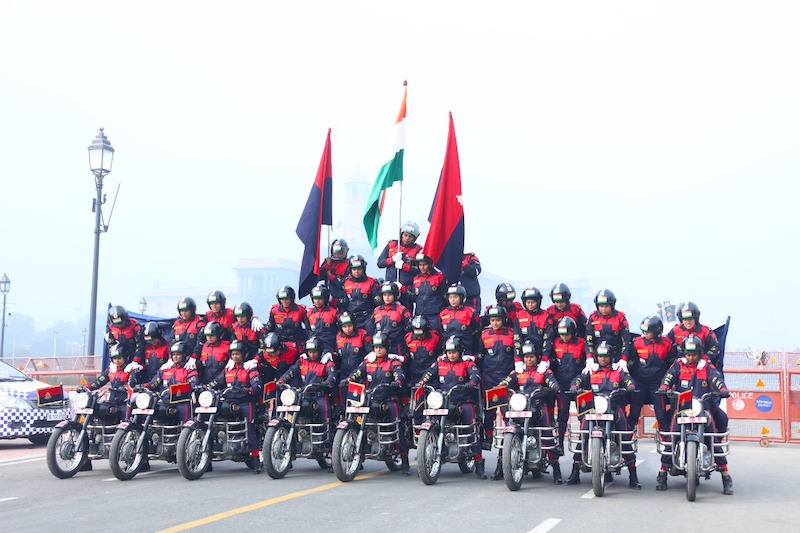 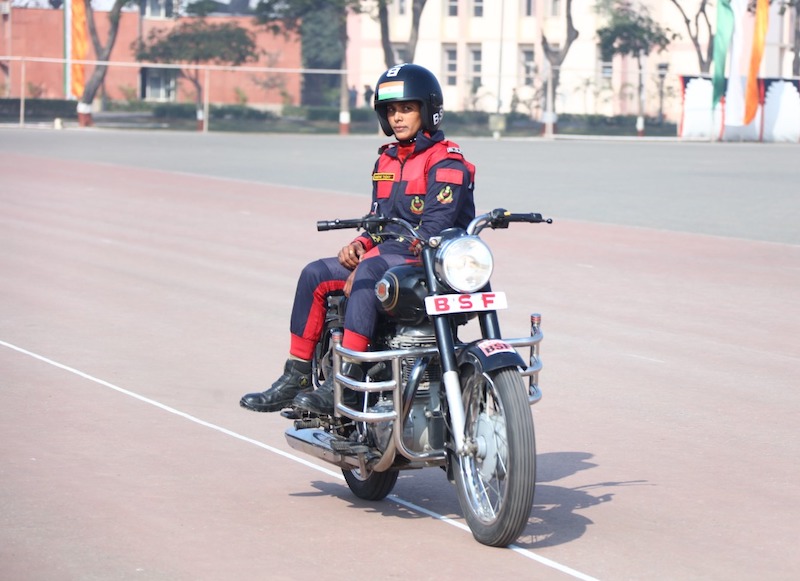 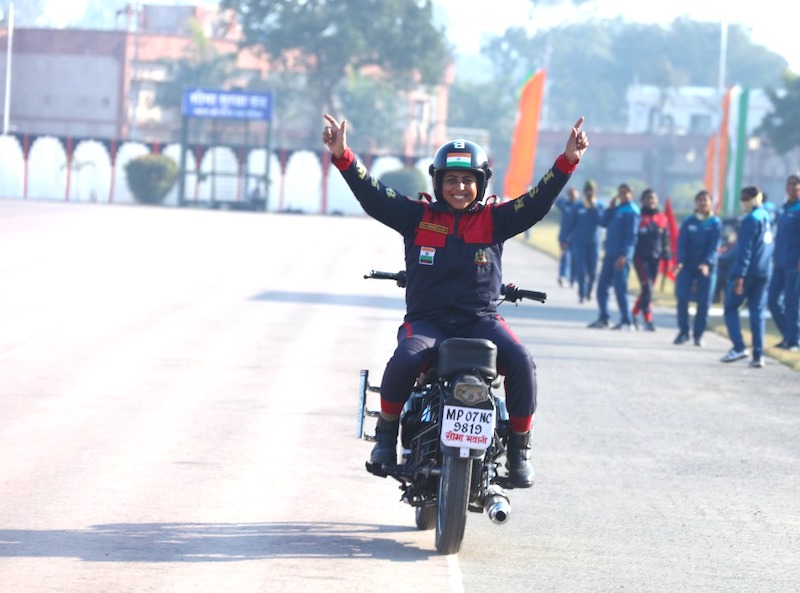 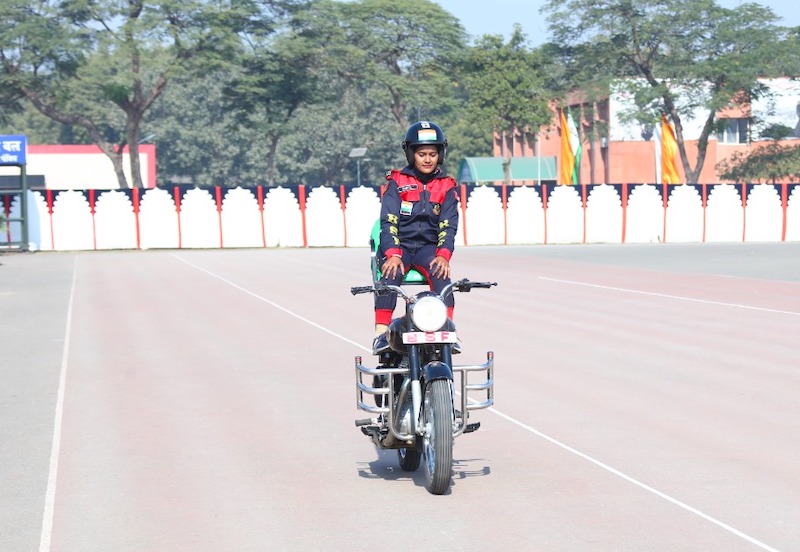 All the above feats entered the Limca Book of World Records.

All photos provided by the Border Security Force.