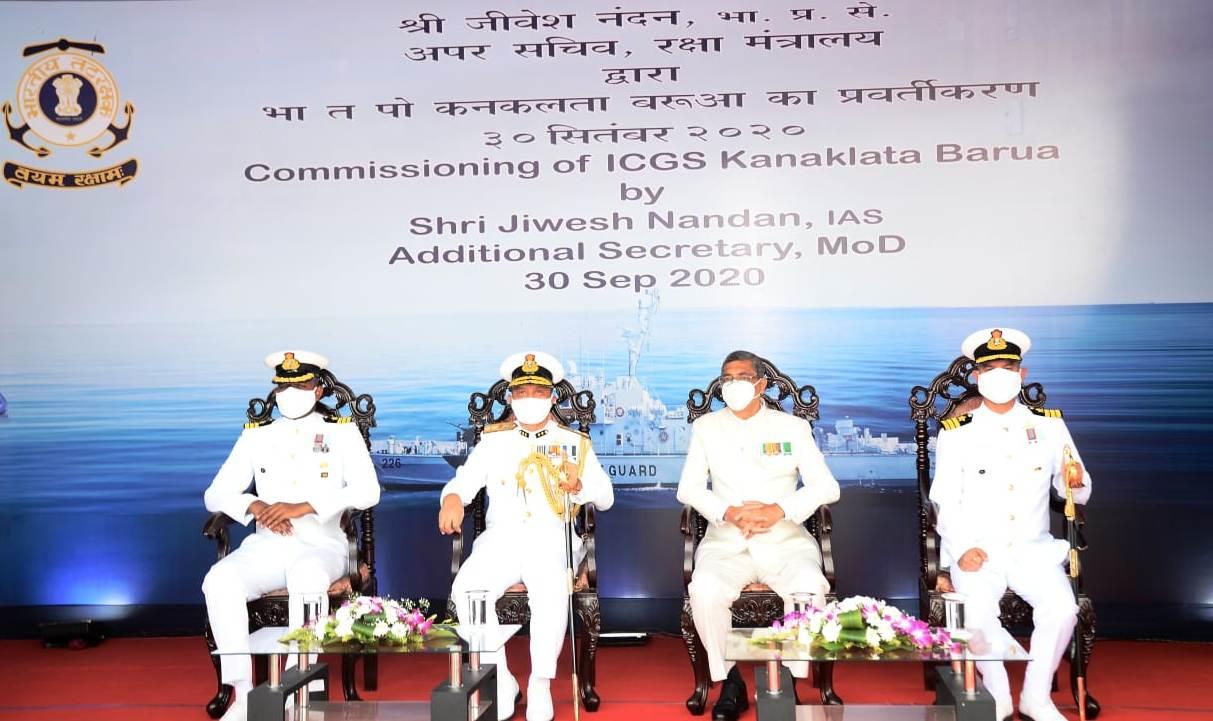 This is Second time in the annals of Indian maritime history that Coast Guard ships are commissioned through digital medium, maintaining the strict protocol of social distancing in the backdrop of pandemic COVID -19, the Indian Coast Guard spokesperson said here on Wednesday.

The 49 m ship displaces about 310 tons, propelled by three MTU 4000 Series engines designed to attain a maximum speed of 35 knots.

The ship is designed to carry one RIB (Rigid Inflatable Boat) high speed boats and one Gemini boat for swift boarding and Search & Rescue operations.

The Ship is named in honour of Ms Kanaklata Barua, a freedom fighter who was martyred while leading a procession carrying the Indian national flag during the 1942 Quit India movement.

ICGS Kanaklata Barua is replacement of a similar named vessel which was in commission from 1997 to 2018.

The ship is commanded by Commandant (JG) Subhash Kapoor.

“Indian Coast Guard has been a pioneer in inducting indigenous assets.  In continuation of efforts to maximize the indigenous content in new assets, ICG is proud to state that the ship commissioned today, has about 70% indigenous content, thus providing the necessary fillip to the Indian shipbuilding industry,” he said.

The ship, on joining the Coast Guard fleet, will be deployed extensively for EEZ surveillance, Coastal Security and other duties as enshrined in the Coast Guard charter of duties, to safeguard the maritime interests of the Nation.

With the commissioning of this ship, Indian Coast Guard has 151 ships & Boats and 62 aircraft.

Further, 40 ships are at various stages of construction at different Indian Shipyards and 16 Advanced Light Helicopters are under production at HAL, Bengaluru, which will provide the added strength to the surveillance capabilities of ICG to deal with the ever-dynamic maritime challenges.