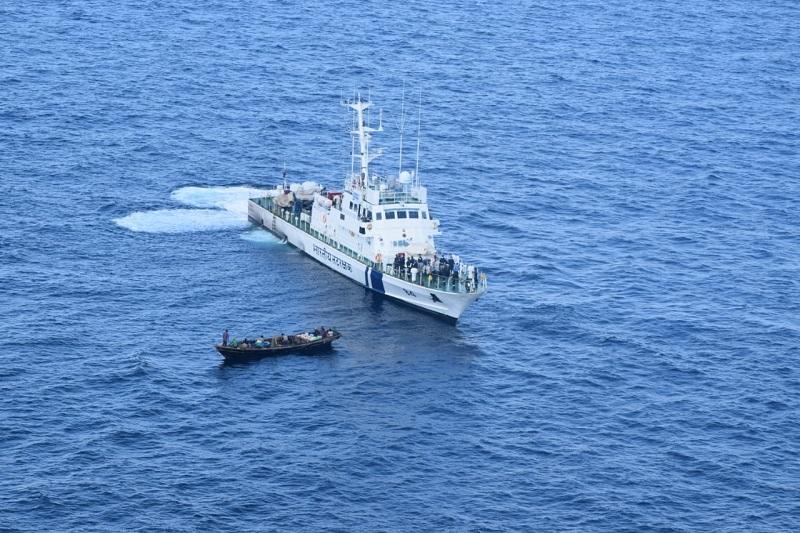 The boat was first sighted by Coast Guard helicopter on maritime surveillance, the boat did not respond on VHF.

The boat increased speed and tried evasive manoeuvres to avoid apprehension. However, the Coast Guard ship successfully intercepted the vessel along with its crew. On boarding by ICG team, the boat was found to be of Myanmarese origin having 12 crew onboard.

The Burmese boat was engaged in illegal fishing in the Indian exclusive economic zone. The boat and the crew were escorted to Port Blair and handed over to A&N Police for further investigation.

The Coast Guard PRO added that Coast Guard ships and aircraft are on patrol 24/7, monitoring activities in the Indian EEZ and protecting the sovereign rights of our country within the maritime zones.

In case of any violations of the Indian laws and regulations, Indian Coast Guard units promptly take action against the defaulting vessels.