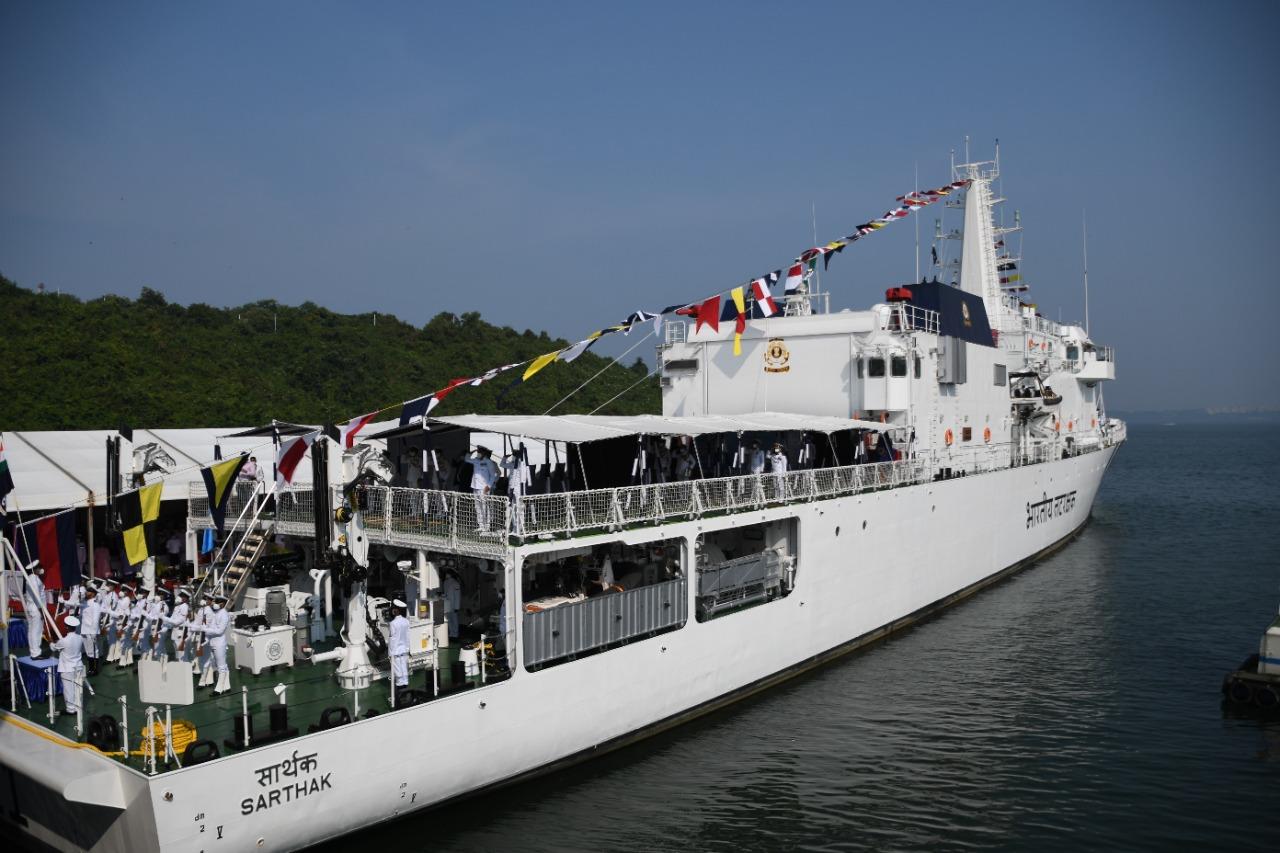 ICGS Sarthak will be based at Porbandar in Gujarat and operate on India’s Western Seaboard under the Operational and Administrative Control of the Commander, Coast Guard Region (Northwest).

ICGS Sarthak is commanded by Deputy Inspector General MM Syed and has complement of 11 Officers and 110 men. ICGS Sarthak is 4th in the series of five OPVs being built by Goa Shipyard Limited for the ICG.

These OPVs are multi-mission platforms capable of undertaking concurrent operations. The 105-meter-long ship displacing 2,450 tons is propelled by two 9,100 kilowatt diesel engines designed to attain a maximum speed of 26 knots.

The ship is fitted with state-of-the-art equipment, machinery, sensors and weapons which enables it to function as a command platform and undertake mandated Coast Guard charter of duties including search & rescue, combating maritime crimes and preserving & protecting the marine environment.

Indian Coast Guard is a pioneer in inducting indigenous platforms and ICGS Sarthak is a glowing example of ‘Atmanirbhar Bharat’.