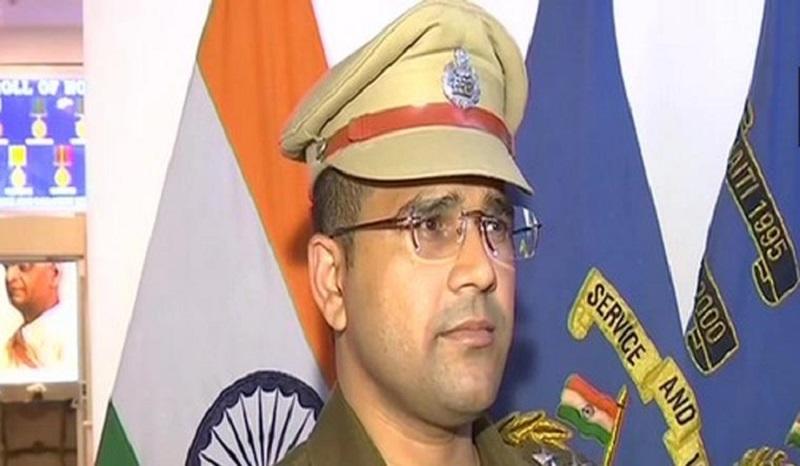 "Naresh Kumar a courageous officer of CRPF has scripted history by receiving his 7th Police medal for Gallantry on the eve of 74th Independence Day. An officer with the sharp tactical acumen and indomitable courage, AC Naresh Kumar has led the CRPF Valley Quick Action Team (QAT) in Srinagar which has a glorious history of continued success marked with numerous gallantry medals that embellish its valour. This year alone, the Valley QAT has been adorned with more than 15 Gallantry medals," the CRPF said.

He got his first medal in 2017 for an operation which was conducted in Srinagar in 2016. Here, he  neutralised two foreign terrorists whereas  in 2018,  he was  awarded with two PMGs for neutralizing  two Hizbul Mujahideen commanders in an fierce operation which lasted for three days.

This year alone, the Valley (QAT) has been adorned with more than 15 Gallantry medals whereas the erstwhile IG Srinagar  Ravideep Singh Sahi and the present valley QAT Commander Loukrakpam Ibomcha Singh and his team mate Constable  Devsant Kumar have been awarded with Police Medal for Gallantry for a courageous operation in Srinagar on  October 3, 2017 where two militants were neutralized by the security forces.

Mr Loukrakpam Ibomcha Singh has been awarded with his 3rd Gallantry Medal and second PMG while Constable Devsant Kumar will be receiving the PMG for the second time.

Yet another story of grit and courage relates to 208 CoBRA where the team of gallant warriors came under a heavy attack from Maoists in jungles of Sukma, Chhattisgarh on the intervening night of March 3-4 March 2016, the troops retaliated with bravery and forced the Maoists to give up their nefarious design.

In this long lasting encounter nine  Maoists were neutralized while  five were injured. Three bravehearts of 208 CoBRA made supreme sacrifice serving the nation. For their indomitable gallantry and courage in the face of danger during the operation, 208 CoBRA has been awarded with eight  PMGs with three being awarded posthumously.