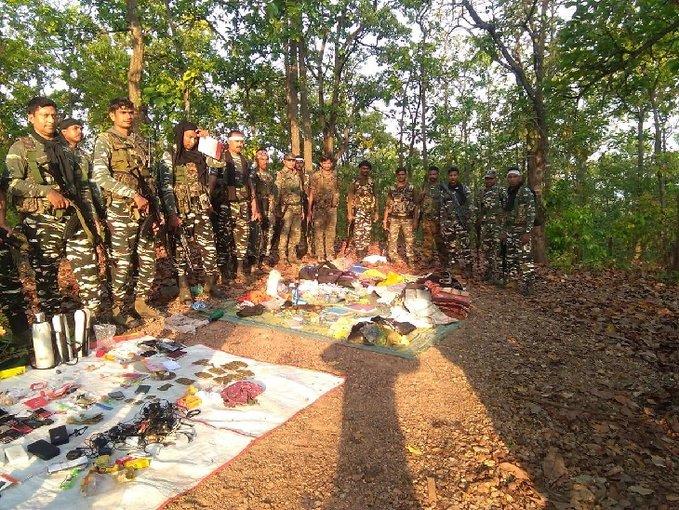 Chaibasa: An encounter broke out today between the security forces and the proscribed Peoples' Liberation Front of India (PLFI) in the bordering areas of Gudri-Bandhgaon Police Station areas of the West Singhbhum district in Jharkhand.

Police had received a tip off about the movement of PLFI supremo Dinesh Gope and Zonal Commander Jidan Gudiya in the forests of Kamroda-Jatrama.

To verify the information, a joint operation was initiated by Chaibasa SP Inderjit Mahtha and commandant of 60th battalion of CRPF Anand Jerai.

Police said that after the ultras saw the security forces in the hills of Kamroda village they opened fire, after which the policemen also fired.

The gun battle continued nearly for half an hour. However, after being sorrounded the ultras fled into the deeper reaches of the forest.

In the search operation which was later conducted four bikes including a 'Royal Enfield Bullet' was recovered from the spot.

Chaibasa SP Inderjit Mahtha said that after receiving concrete information about the movement of the PLFI ultras, the operation was conducted and located the ultras. The PLFI squad led by Jidan Gudia attacked the police amd the CRPF jawans.

In the operation ASP Nathu Singh Meena was also involved alongwith other officers of CRPF.