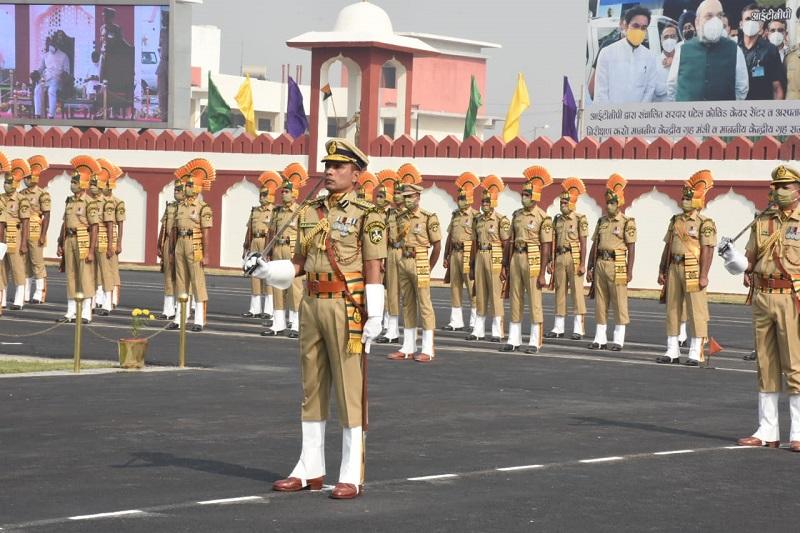 Union Minister of State for Home Affairs G Kishan Reddy took part in the Raising Day function organized in Greater Noida and took the salute at the Parade.

In his address, he said, ‘‘our culture speaks about Vasudhaiva Kutumbakam, which gives the message of world peace. At the same time our culture also gives us the mantra to fully empower ourselves for every kind of adverse situation created by the enemy.’’

Reddy said that since its inception in 1962, ‘‘the ITBP has been protecting our borders. No matter whatever the difficulties, ITBP Jawans perform their duties with high morale and patriotism in the service of Mother India.’’

He also said whether it is battling terrorism in Jammu and Kashmir or Left Wing Extremism in Chhattisgarh, the ITBP has performed with excellence.

Further, he added that under the guidance of the Prime Minister Narendra Modi, the government is committed to fully empowering the ITBP.

Under the effective leadership of the Union Home Minister Amit Shah, the Ministry of Home Affairs has taken several steps to make ITBP more efficient and modern, he said.

Mr Reddy informed that the Ministry of Home Affairs has given approval to the ITBP to establish 47 border outposts.

This year 28 types of new vehicles have been provided. A budget of Rs 7,223 crore has been allocated for the ITBP and more than Rs. 15 crore has been sanctioned for management.

Paying tributes to ITBP martyrs, the minister said he would like to assure families of the martyrs, that the nation and the government shall always stand with them.

On 59th Raising Day of #ITBP, Head Constable Arjun Kheriyal dedicates the song to the Nation and the Force. The Force completes 58 years of dedicated service to the nation. #Himveers pic.twitter.com/jg2tEByyGW

Concluding his address he said that the nation will always be proud and indebted to the ITBP personnel for their sacrifice and valour.

Earlier, Director General of ITBP Surjit Singh Deswal briefed him about the recent activities of the ITBP.

Mr Deswal said efforts are being made for the modernization of ITBP, including the purchase of modern vehicles, jackets, helmets etc.

Raised on October 24, 1962 during India-China War, the ITBP primarily guards the nation’s 3,488 kilometre long borders in the Himalayas at the BOPs located at altitudes ranging from 3,000 to 18,800 feet.

Apart from guarding the border; the Force is also deployed for Anti Naxal operations and other internal security duties.