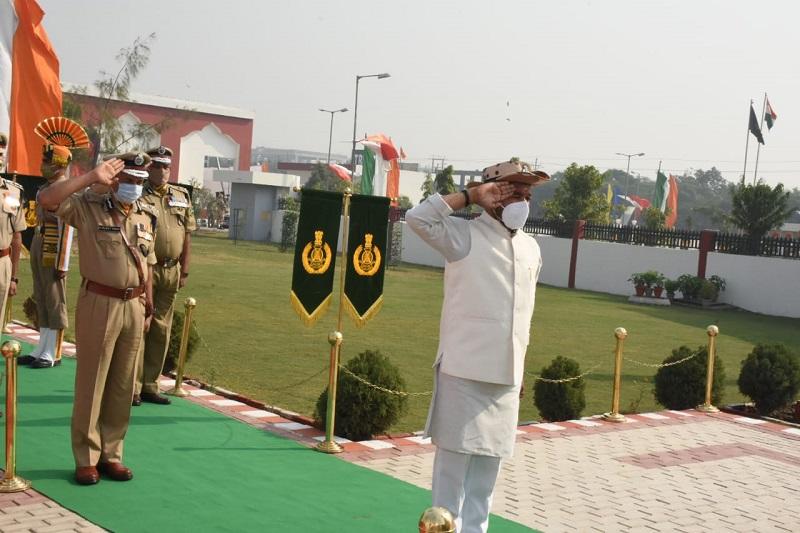 Greater Noida: Commending the selfless service rendered by ITBP in defending the India’s sovereignty, Minister of State for Home Affairs G Kishan Reddy on Saturday said the Indo-Tibetan Border Police is working with zeal and high order of professionalism in  the uncongenial and extreme conditions on the mountainous borders of the nation.

Speaking at the 59th Raising Day, the minister emphasized specifically on the selfless service rendered by the ITBP in various efforts to fight the spread of Covid19 in the country from establishing the first ever quarantine centre in Chhawla to maintaining the world’s largest Covid Care Centre and Hospital, Chhatarpur, New Delhi.

Addressed the 59th Raising Day Parade of the @ITBP_official, as the Chief Guest today.

On this occasion commended the selfless service of the force, while also conferring the President’s Police Medals for Distinguished Service & Police Medals for Meritorious Service.#Himveers pic.twitter.com/RiY6uvJPUk

‘Best Battalion’ in various categories of the Force were awarded on the occasion.

Constable P H Sonia Devi was awarded with the Best Sports person of the Year 2020 trophy. The best training centre trophy was awarded to RTC Karera and Shivagangai jointly, the ITBP officials said.

An ITBP Annual Special Souvenir containing highlights of the achievements of the Force during the year and a book ‘Devbhoomi Uttarakhand’ incorporating brief information regarding spiritual and religious places, tourist places, institutions, temples etc of Uttarakhand were also released by the Chief Guest on this occasion as e-publications.

Earlier, Mr Reddy took salute of the ITBP contingent as the Chief Guest and also laid wreath at the ITBP martyrs memorial while ITBP Director General SS Deshwal elaborated upon various achievements of the Force over the years.

Raised 24 October, 1962 during India-China war, the ITBP primarily guards 3,488 KMs long borders in the Himalayas at the Border Out Posts (BOPs)located at altitudes ranging from 3,000 to 18,800 ft.

Apart from border guarding, the Force is also deployed for Anti Naxal operations and other internal security duties.