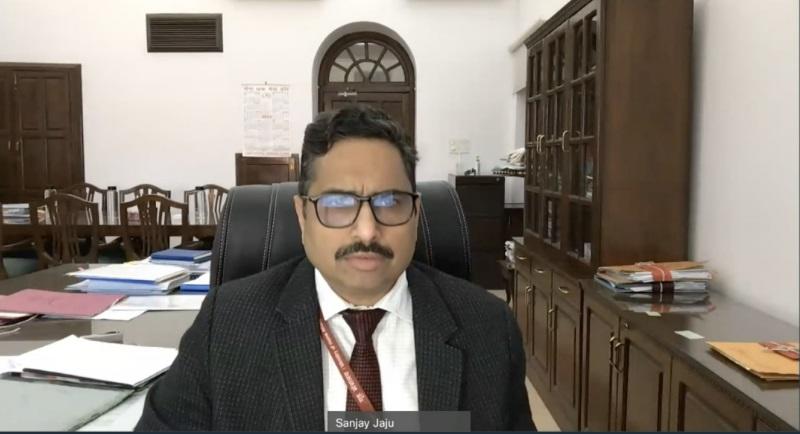 New Delhi: Stating that the government will announce expanded indigenization list by month end, Additional Secretary in the Department of Defence Production Sanjay Jaju said that India has a huge defence aerospace market and need to look at it as design and manufacturing hub in Defence components for global needs.

Addressing the virtual ‘MSME Conclave on Indigenization of Critical Defence Components – Forging Partnerships between FOEM-IOP-MSME’, organized by FICCI and Department of Defence Production, Jaju said that India has a huge defence aerospace market including civil aerospace market. We are going to march ahead, and this sector is going to grow at the best rates in the world with huge demand.

“We have to look at India as the design and manufacturing hub in Defence components for global needs,” he added.

The secretary further added that the government has already identified the indigenized list of over 2,500 items which are not going to be imported.

“351 more items have been listed which can be indigenized and it is now an opportunity for the Indian industry to manufacture them and we are not going to stop here. By month end, we will come up with a further bigger level and this would include not just components but also LRUs which are critical for defence requirement. We will offer these LRUs to industry with procurement assurance to design and develop the products within the county,” he said.

Jaju further stated that there is a limit to what government can do and it is not the business of the government to do business. “We can act as an enabler and provide level playing field. Atmanirbharta means creating a healthy eco-system where the world is like one family and start looking at India as an important player in designing and manufacturing shop for global needs. It is now the time for tier 1, 2 and 3 within the defence and aerospace sector start looking at these opportunities and forge partnerships,” he emphasized.

Highlighting the potential for foreign OEMs, Jaju said that India has the opportunity and produce in India for the global requirements. The government has already made necessary policy changes along with the required support needed.

N Raveeswaran, Co-Chair, FICCI Defence and Aerospace Committee and Head- Aerospace & Defence Strategic Business, Mahindra Defence Systems Limited said that Indian defence industry has reached a state of maturity where it can supply most sub-components, sub-assemblies and assemblies required for manufacture of defence platforms and equipment. Wherever technological capability is not available, the industry is willing to explore JV and ToT models and gradually bring the technology to India.

William Blair, Vice President and Chief Executive, Lockheed Martin India Private Limited highlighted on the importance of MSMEs in production of critical defence components. We also have to look at the start-up ecosystem in India as MSMEs and start-ups are future of the defence sector, he added.