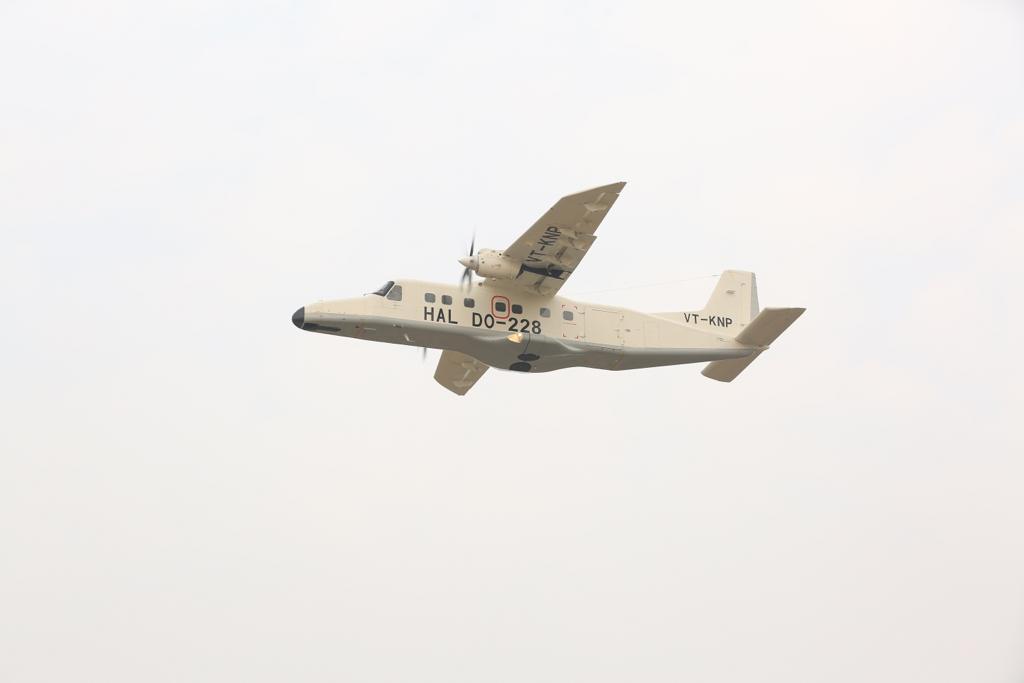 The HAL Do- 228 is a versatile aircraft well-suited for operations in the North East and has the capabilities of short take-off and landing, ability to land and take-off from semi-prepared runways.

This development opens a new vista in civil aviation for HAL.

The Company is keen to increase its footprint in the regional civil aviation by engaging more numbers of HAL Do-228 by Air Operators of the country.

Speaking on the occasion, the Chief Minister of Arunachal Pradesh, Mr Pema Khandu said it was a big day for the state given the geographical challenges in the vast state, the connectivity will now be easier.

HAL’s Transport Aircraft Division, Kanpur has been in the business of transport and trainer aircraft for defence customers. The Division has ventured into the manufacturing of Hindustan-228 aircraft.