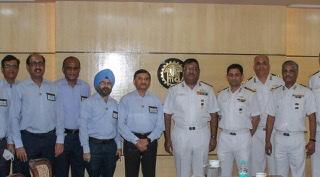 With the delivery of Karanj, “India further cements its position as a submarine building nation and MDL has lived up to its reputation as one of the India’s leading shipyards with capacity and capability to meet requirements and aspirations of the Indian Navy in all dimensions,” the warship maker said.

The sixth submarine is currently in the advanced stage of outfitting. MDL CMD VAdm Narayan Prasad (Retd) and Indian Navy’s Western Naval Command Chief of Staff Officer (Tech) RAdm B Sivakumar signed the acceptance document in the presence of naval and MDL officials.