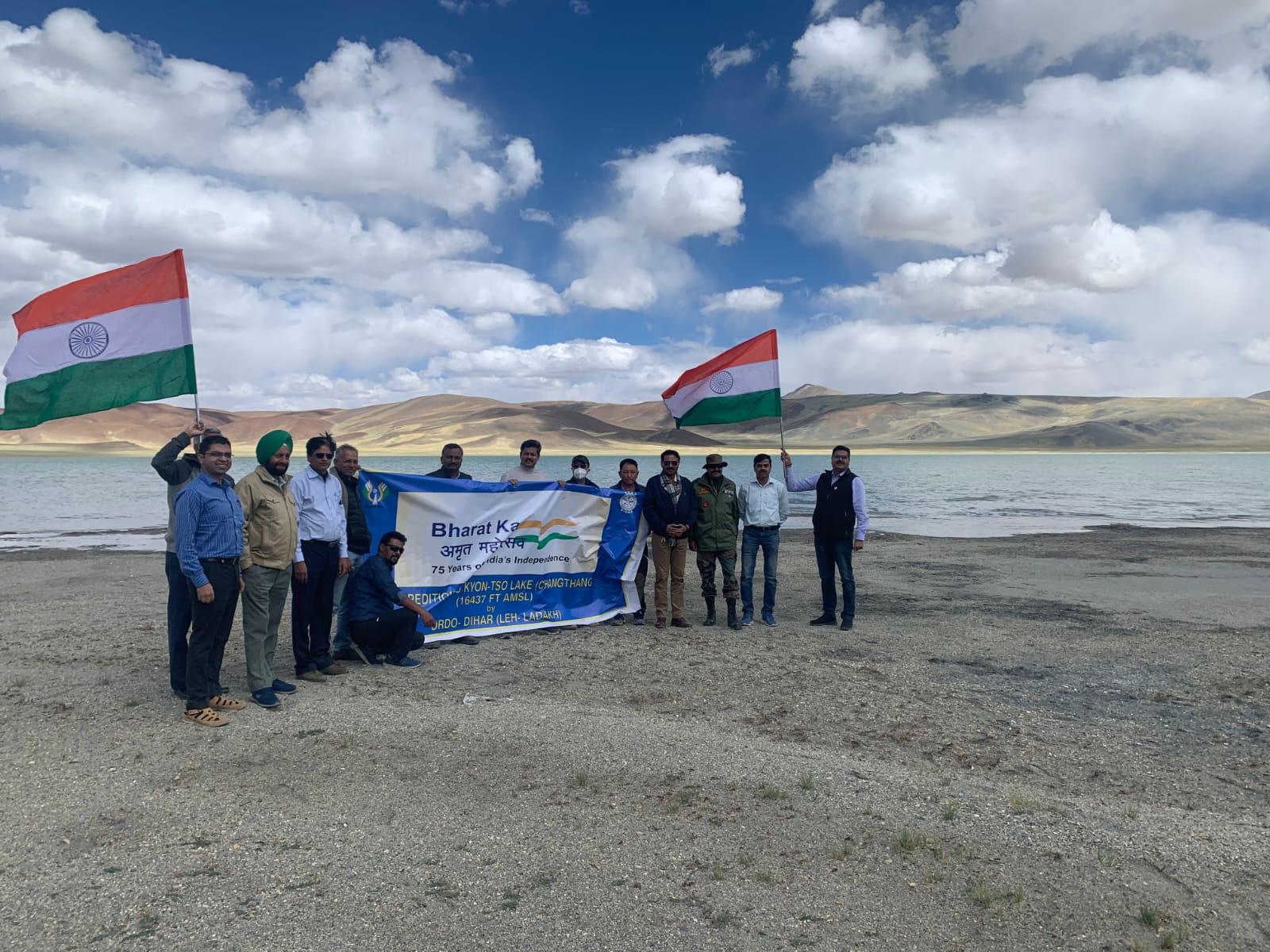 The team of DIHAR interacted with nomads of Changthang valley bordering China and celebrated the 75thIndependence Day.

DIHAR also organised an expedition to Tangla-la Pass in Leh-Ladakh (17,480 ft), which is a key mountain pass connecting Leh with Himachal Pradesh. The event was attended by representatives from civil administration and ex-officials of DRDO.

An expedition was organised by DIHAR upto the Kyon-Tsolake (16,437 ft) in Changthang valley of Ladakh bordering China.

The members of expedition team had a fruitful interaction with the Armed Forces deployed in the area. Director, DIHAR Dr OP Chaurasia hoisted the national flag at DIHAR campus in Leh and addressed the gathering.

Defence Institute of Bio-Energy Research (DIBER) at Haldwani celebrated ‘Azadi ka Amrit Mahotsav’ by organising activities at its field stations at Pithoragarh and Auli to demonstrate the technologies of the laboratory to farmers as well as Army jawans and to train them in these technologies.

The laboratory sent its teams to various project sites and locations at borders of Uttarakhand. 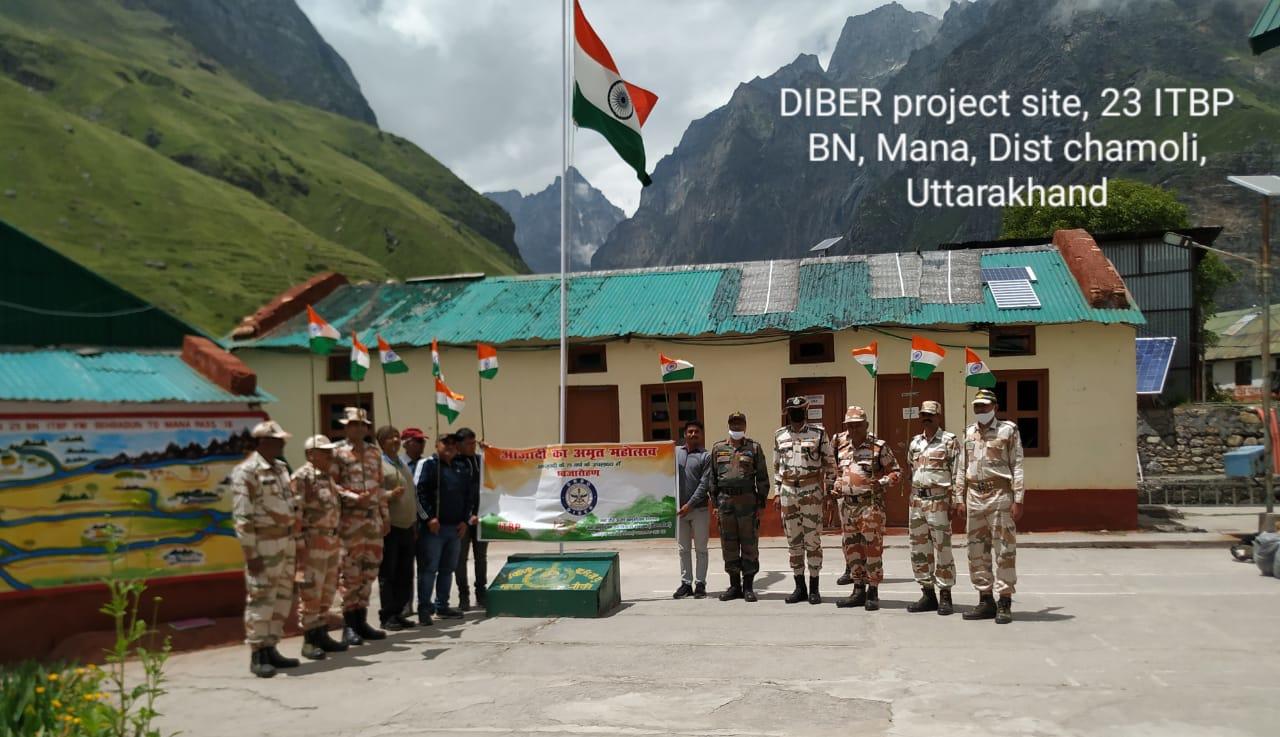 DGRE scientists and officials held an interaction with the local people and school children. The DGRE officials briefed them about the activities of DRDO and achievements of the laboratory.

The dignitaries appreciated the efforts of DGRE in making people aware about the latest know how and the technologies being used by DRDO in the making the nation ‘AatmaNirbhar’.

On the occasion, children conducted a cultural programme at MMC Sasoma (Siachen) and MMC Srinagar.

On the occasion, DGRE RDC Manali hoisted the National Flag at Rohtang Pass.

A special event was organised at Government Senior Secondary School Bahang, Tehsil Naggar, KulluDistrict, which was attended by teachers, students and officials from panchayat as well as local public.

The team of DRDO scientists informed the gathering about the technologies developed by DGRE for the Armed forces and civilians.

Another team of DRDO scientists visited Vashisht village, where local population of the village was called for flag hoisting. The team made people aware about the achievements of DRDO and visual aids for basic avalanche awareness were distributed among them.

Defence Research Laboratory (DRL) Tezpur organised flag hoisting ceremony and interacted with the soldiers and local people in border and rural areas of Arunachal and Assam. 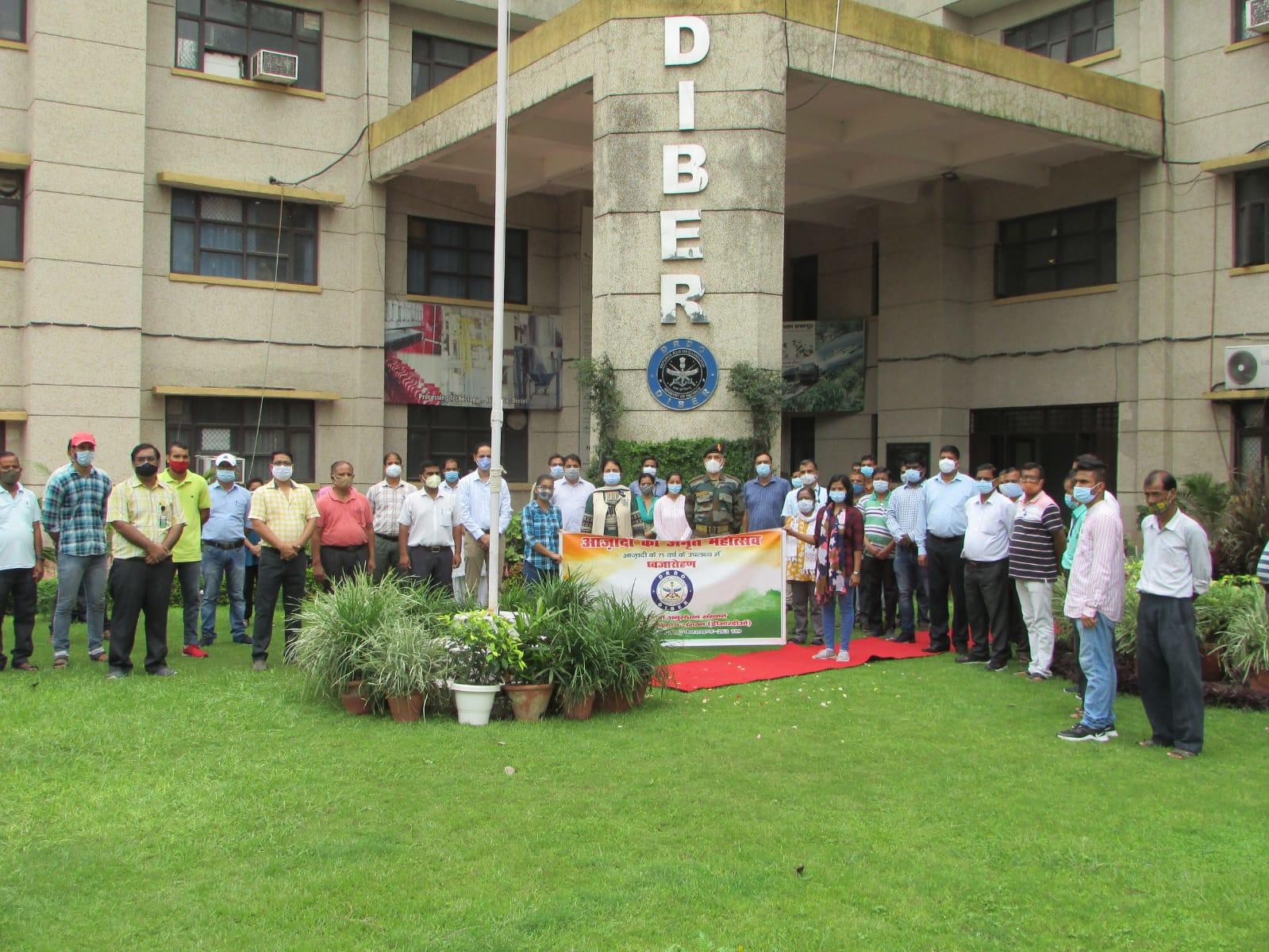 Flag hoisting event was also held at Boha village (Kalaktang) of West Kameng district of Arunachal Pradesh along with local people. An awareness camp relating to health & hygiene was organised on the occasion.

Workshop and interaction on protected cultivation and agricultural technologies was also conducted with Army Unit, 1812 Pioneer Unit in Sonitpur District of Assam.

Flag hoisting event was also held at DRL, R&D Centre, Salari. Fruit tree sapling distribution to the local people of Salari village was also conducted. An event of tree plantation and children drawing competition was organized in DRL, Tezpur as part of the celebrations.