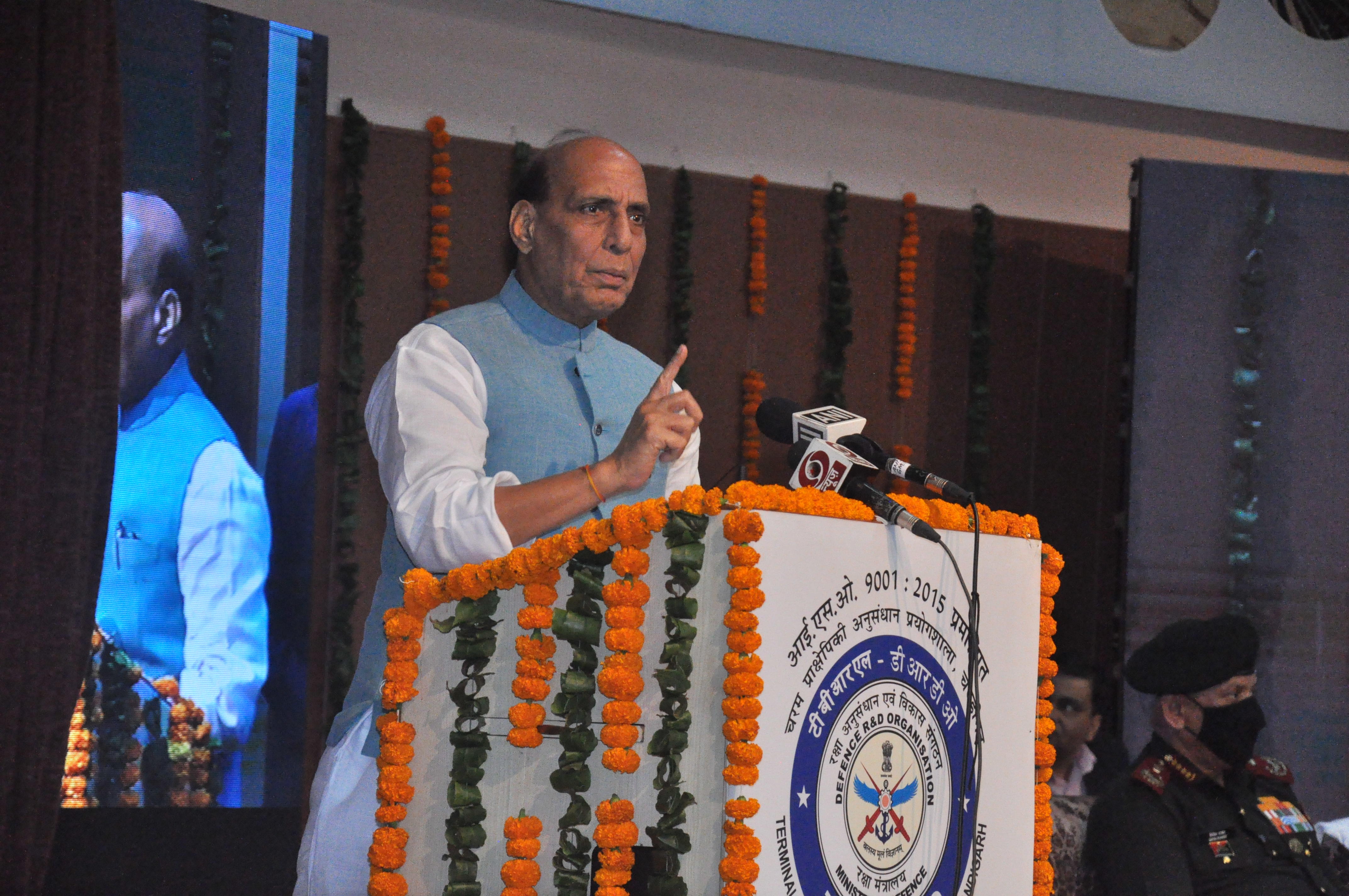 Addressing over 500 scientists & officials of DRDO, the minister lauded TBRL, which started as a two-room facility, for becoming an important R&D establishment which is providing crucial defence technologies.

He commended the role of the laboratory in design and development of Multi-Mode Hand Grenade (MMHG), the first munition manufactured by the private sector for the Armed Forces, which was handed over to the Indian Army in the presence of Rajnath Singh in August this year. The grenade achieved a functional reliability of more than 99.5 per cent in production.

He termed MMHG as world class which reflects the capabilities of TBRL and the scientists.

Lauding DRDO for developing systems at par with international standards, Singh also mentioned about the Bund Blasting Device Mark II, designed and developed by TBRL, which was handed over to the Indian Army in his presence earlier this month.

The device is used to reduce the height of Ditch-cum-Bund obstacles to enhance the mobility of mechanised infantry during wartime.

He appreciated the fact that the first phase of the production model has been successfully completed and the production of the system will also be done by the private sector through Transfer of Technology in the coming times.

The minister described these developments as indicators to the country’s growing capability in products and technologies required to meet the operational requirements of the Armed Forces.

He added that these developments reflect the Government’s vision to equip the Armed Forces with indigenously developed and state-of-the-art weapons/ equipment/system through active participation of the private sector. This, he stated, is advancing the country’s military and economic strength towards self-reliance. 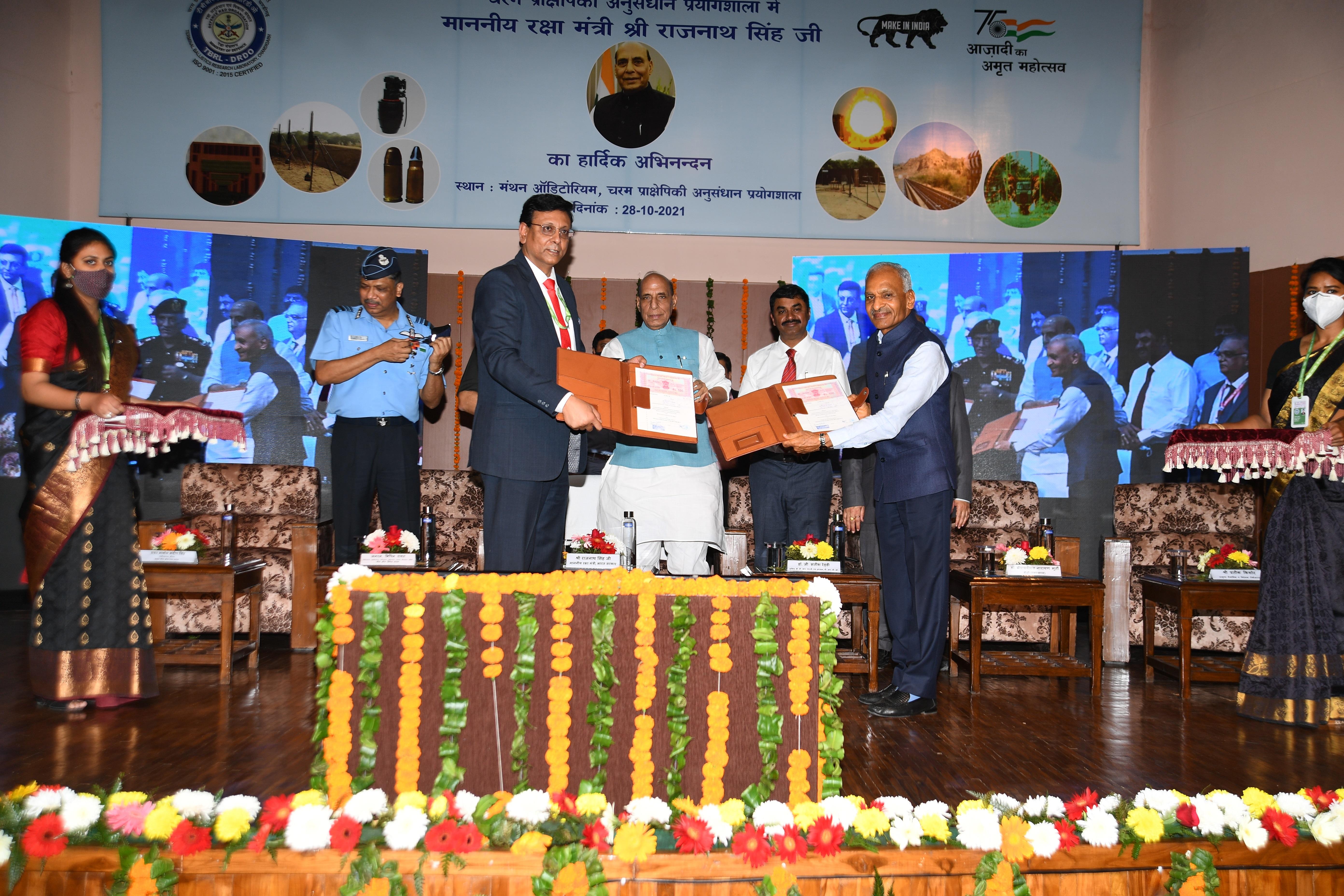 Singh also listed out other achievements of TBRL, including reaching an advanced level of development of 4th generation electronic fuses which will be contemporary as well as safer and more reliable and development of Baffle Range of just 20 acres from 500 acres that will provide full training of the troops using less land.

The minister added that many reforms have been undertaken by the Government to increase the participation of the private sector.

These include introduction of new provisions under Defence Acquisition Procedure 2020; DRDO’s initiative to involve the industry from the initial stages of development of systems; free of cost Transfer of Technology by DRDO and availability of its patents to the industry.

While stressing on the need to develop Indian Standards, Singh appreciated the fact that Indian Standard has been promulgated for the testing of Bullet Resistant Jacket, with TBRL playing a key role in its manufacturing.

“Indian Standards for design, development and methodology are being developed for other protective systems and gears. Test methodologies have been standardised for evaluation of Boot Anti-Mine Infantry, Boot Anti-Mine Engineers, Mine Protected Vehicles and Gears etc. Such Indian standards will certainly help the Indian industry to not only benchmark the product against threats, but also help them compete with foreign manufacturers,” he added.

Sharing his insights on the fast-changing geopolitical scenario around the world, Singh said, increase in scientific capabilities and new inventions have made a big impact on security.

He stressed on the need to be equipped and ready at all times to deal with any challenge arising out of such a situation. He reiterated that India is a peace-loving nation and initiating any kind of conflict is against its values.

He, however, assured the Nation that “our country is fully prepared to face any challenge, if the need arises.” He remembered former President of India Dr APJ Abdul Kalam and his famous quote ‘In this world, fear has no place. Only strength respects strength.’

Emphasising on the increased use of technology in the dynamic warfare strategies of the present, Singh exhorted all stakeholders involved in defence manufacturing to keep an eye on the latest technological developments and prepare themselves to stay contemporary with indigenous capabilities.

To achieve this, he said, there is a need to strengthen technology forecasting and invest in cutting edge manufacturing & testing capabilities.

He called for making academic institutions as long-term partners to stay abreast with latest technologies, with focus on building a strong theoretical foundation.

“A research and development institution like TBRL should aim to develop partnerships with academic institutions on a long-term basis. On the one hand, the academic institution will get to work on the core technological problems and scientists and technologists will be prepared for better employability. On the other hand, R&D institutions will get the emphasis on conversion into the actual product by moving from the theoretical analysis. It will be a win-win situation for both and will boost the defense ecosystem of the country,” the minister said.

He called upon all the stakeholders to increase their preparedness and assured all possible support of the Government in their efforts. 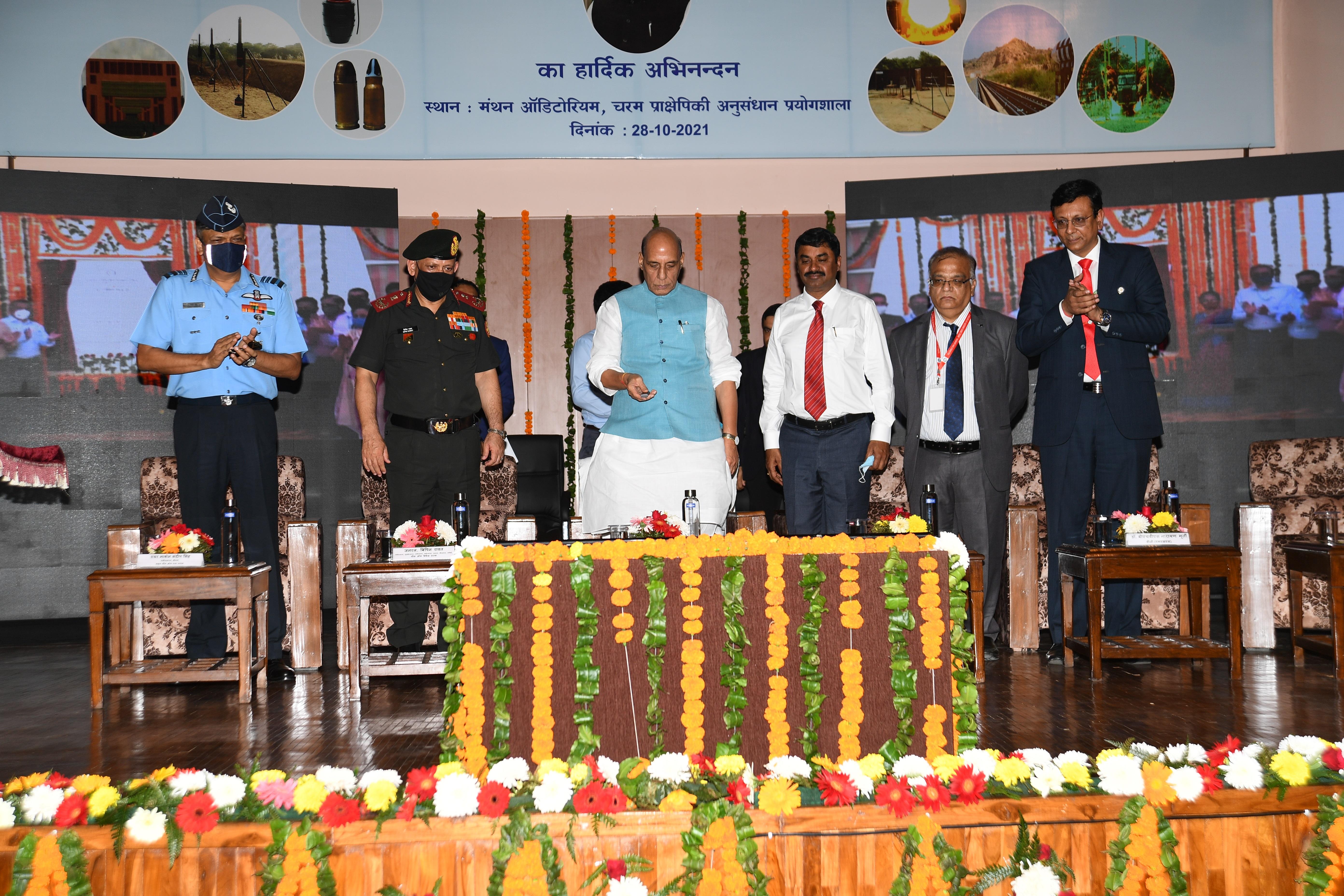 Transfer of Technology for TRBL-developed warhead for Man-Portable Anti-Tank Guided Missile (MPATGM) Mk-II was handed over to Economic Explosives Limited, Nagpur on the occasion.