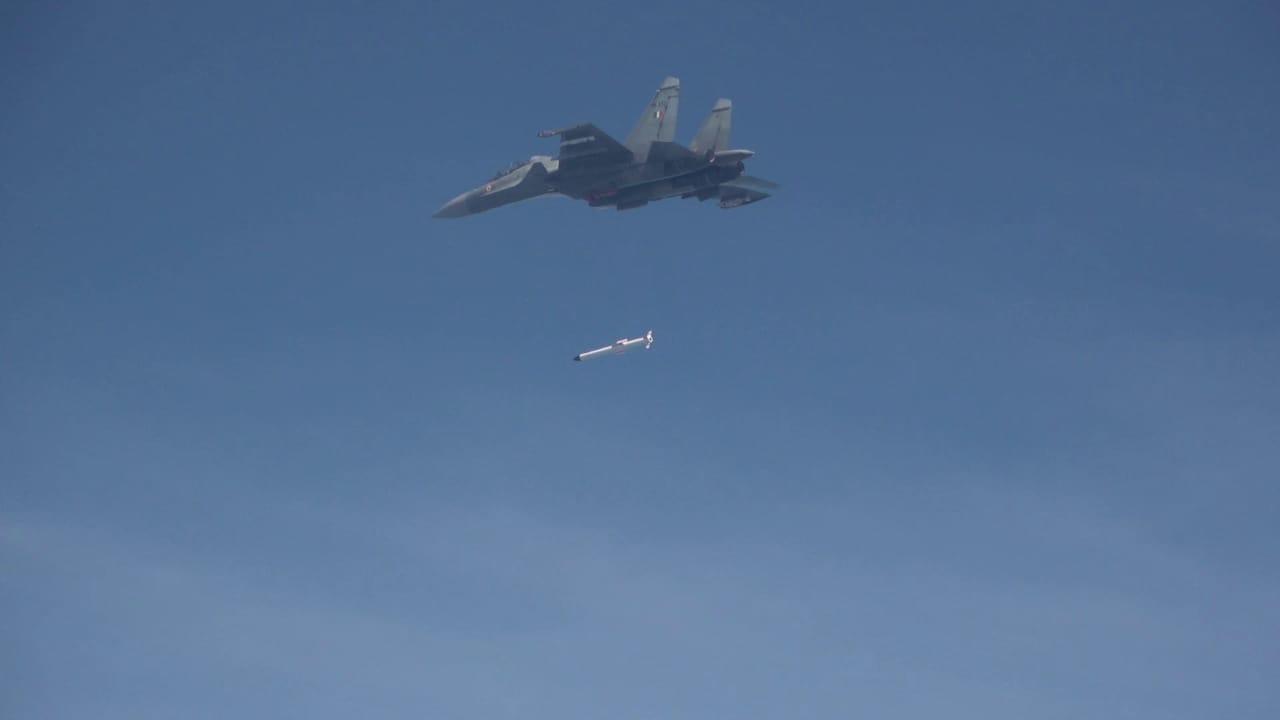 The missile was launched from SU-30 MKI fighter aircraft.

Being developed by DRDO, the RUDRAM is first indigenous anti-radiation missile of the country for Indian Air Force (IAF).

The missile is integrated on SU-30 MKI fighter aircraft as the launch platform, having capability of varying ranges based on launch conditions, the ministry of defence said.

It has INS-GPS navigation with Passive Homing Head for the final attack.

The RUDRAM hit the radiation target with pin-point accuracy.

The Passive Homing Head can detect, classify and engage targets over a wide band of frequencies as programmed.

The missile is a potent weapon for IAF for suppression of enemy air defence effectively from large stand-off ranges.

Defence Minister Rajnath Singh tweeted his congratulations to the DRDO team that developed the supersonic-capable missile that can be launched at speeds ranging from 0.6 Mach to 2 Mach.