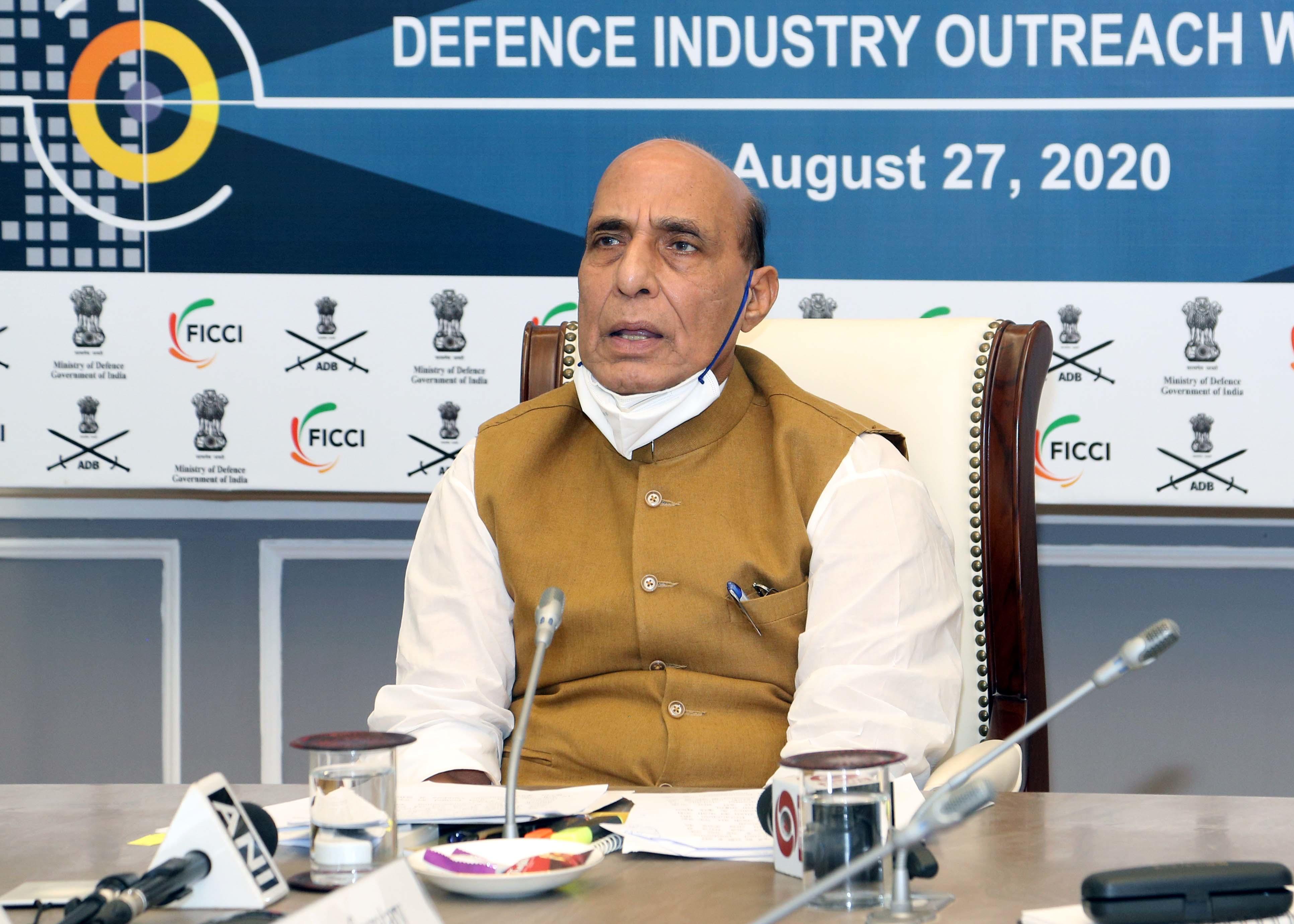 New Delhi: Defence minister Rajnath Singh on Thursday said India wants to become self-reliant in order to contribute to the world in a better way.

Speaking at a webinar organised by FICCI, SIDM and the defence ministry on defence industry outreach, the minister said, “We want to become self-reliant to contribute to the world in a better way. In this direction, some bold policy reforms have been taken like the ban on import of 101 defence items.”

Recently  the government had banned import of 101 defence items and instead produce them domestically.

“I am confident that through our collaborative and cooperative efforts, we will not only achieve ‘Make in India’ but also ‘Make for World’,” he added.

Chief of Defence Staff General Bipin Rawat also addressed the webinar and backed the government’s self-sustenance push and said that India has the capability, capacity and will to produce high-end indigenous weapon systems.

Gen Rawat said that the Centre’s and vision for Aatnirbhar Bharat serves as an opportunity for India to not only achieve self-efficiency but also become a net exporter of defence equipment.

“We’ve the capability, capacity & will to produce high-end indigenous weapon systems. With govt’s push in right direction & vision of Aatnirbhar Bharat being promulgated, this is time to see this opportunity to achieve self-efficiency & becoming net exporter of defence equipment,” he said.

The CDS also hailed India’s response to the coronavirus pandemic at a time when the nation is “facing numerous challenges and threats.”

“Our collective response to COVID-19 has firmly established our ability to overcome any such unforeseeable eventuality,” he said.

Earlier in the month, the government had announced a list of 101 items on which there would be an embargo on import between 2020 and 2025 to give a push to Prime Minister Narendra Modi’s ‘Atmanirbhar Bharat Abhiyan’ (Self-Reliant India Movement).