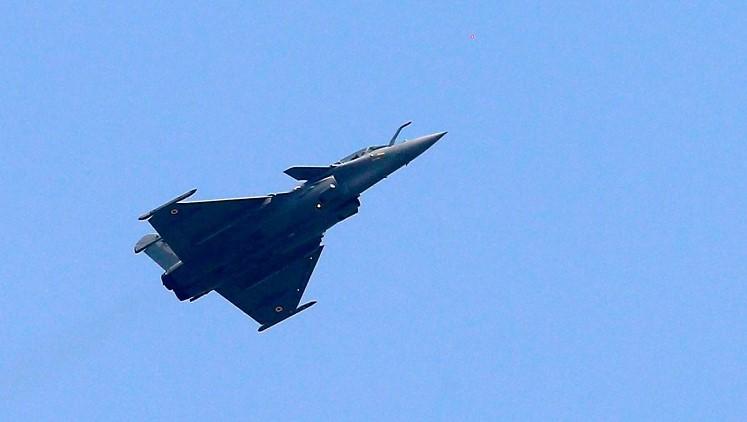 New Delhi: Pointing finger at Dassault Aviation, makers of Rafale fighter jets 36 of which India has contracted to purchase, the Comptroller and Auditor General (CAG) has come down heavily on foreign vendors who fail to fulfill offset commitments in defence sector.

In its report titled “CAG’s Performance Audit Report on Management of Defence Offset”, the CAG pointed out that the French fighter jet manufacturer and MBDA which supplied armaments for Rafale jets have not yet discharged 30 per cent of their offset obligation.

India has already received five Rafale fighter jets from the French manufacturer in the first batch of the delivery on July 29. They were formally inducted to Indian Air Force (IAF) on September 10.

The Rafale deal worth is Rs 59,000 crore and the opposition Congress party has criticised the BJP government for what it alleged were irregularities in the fighter jet deal.

“In many cases, it was found that the foreign vendors made various offset commitments to qualify for the main supply contract but later, were not earnest about fulfilling these commitments,” the financial watchdog said in its report.

For instance “in the offset 4 contract relating to 36 Medium Multi Role Combat Aircraft (MMRCA), the vendors Dassault Aviation and MBDA initially proposed (September 2015) to discharge 30 per cent of their offset obligation by offering high technology to DRDO. But they have not confirmed the technology transfer till date,” it observed.

DRDO wanted to obtain Technical Assistance for the indigenous development of engine (Kaveri) for the Light Combat Aircraft Tejas. Till date the Vendor has not confirmed the transfer of this technology, it said.

As per the deal, the company has to invest 50 per cent of the worth of the deal back in India as offset obligations. The French manufacturers have to invest around Rs 30,000 crore for which a numbers of Indian firms, including Anil Ambani’s Reliance Defence Limited were chosen

Selection of Reliance Defence evoked controversies since the company had no experience in the defence sector.

The auditor added that in view of the fact that the offset policy has not yielded the desired results, the ministry needs to review the policy and its implementation. It needs to identify the constraints faced and find solutions to overcome these constraints, the CAG added.