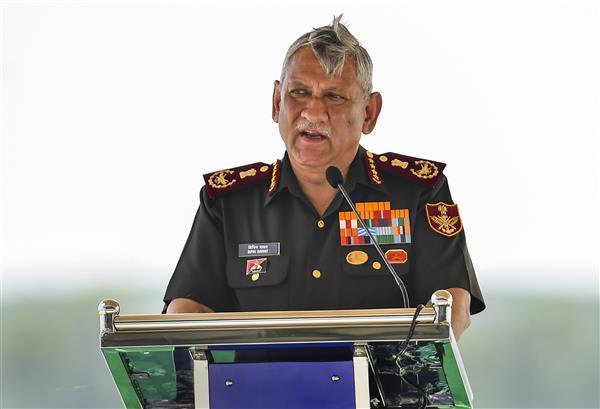 New Delhi: Amidst simmering border standoff with China in eastern Ladakh, Chief of Defence Staff Gen Bipin Rawat on Thursday warned Pakistan against trying to take advantage of the ongoing crisis at the Line of Actual Control (LAC) and said they would suffer heavy losses if it attempted any misadventure.

Speaking at a seminar organised by the United States-India Strategic Partnership Forum on ‘Navigating New Challenges’, Gen Rawat also backed the ‘Quad’, a grouping of India, the US, Australia and Japan, as a “good mechanism” to ensure freedom of navigation in the Indian Ocean-Pacific region.

He also highlighted the threat of “coordinated action” by the militaries of China and Pakistan along the northern and western borders and stressed that the Indian armed forces were capable of handling the joint threat.

“If any threat develops around our northern borders, Pakistan could take advantage of that and create some trouble for us. Therefore, we have taken adequate precautions to ensure that any such misadventure by Pakistan is thwarted and they are not able to succeed in their mission. In fact, they may suffer heavy losses should they attempt any misadventure,” CDS Gen Rawat said.

Gen Rawat also said that though China has shown aggressive actions at the LAC of late despite border management protocols, India is “capable of dealing with this in all possible ways”.

The CDS added that Chinese economic cooperation in Pakistan-occupied Kashmir, coupled with diplomatic support, mandated a high level of preparation by India.

“Infrastructure development in Tibet, development of strategic railway lines and military reforms by China are being studied by us,” he said.

On QUAD, he said, “We want the Quad to become a mechanism to ensure this.”

On Foreign Direct Investment (FDI) in defence, Gen Rawat said India was seeking cooperation from the US to collaborate in technology development, especially in aerospace and Artificial Intelligence.

“With the 74 per cent FDI rule, there is a lot of scope for investments in India. We are looking at info-sharing and continued supply of high tech battlefield systems from the US,” the CDS said.

He also said the Basic Exchange and Cooperation Agreement (BECA) for geospatial cooperation between India and the US could be finalised soon.