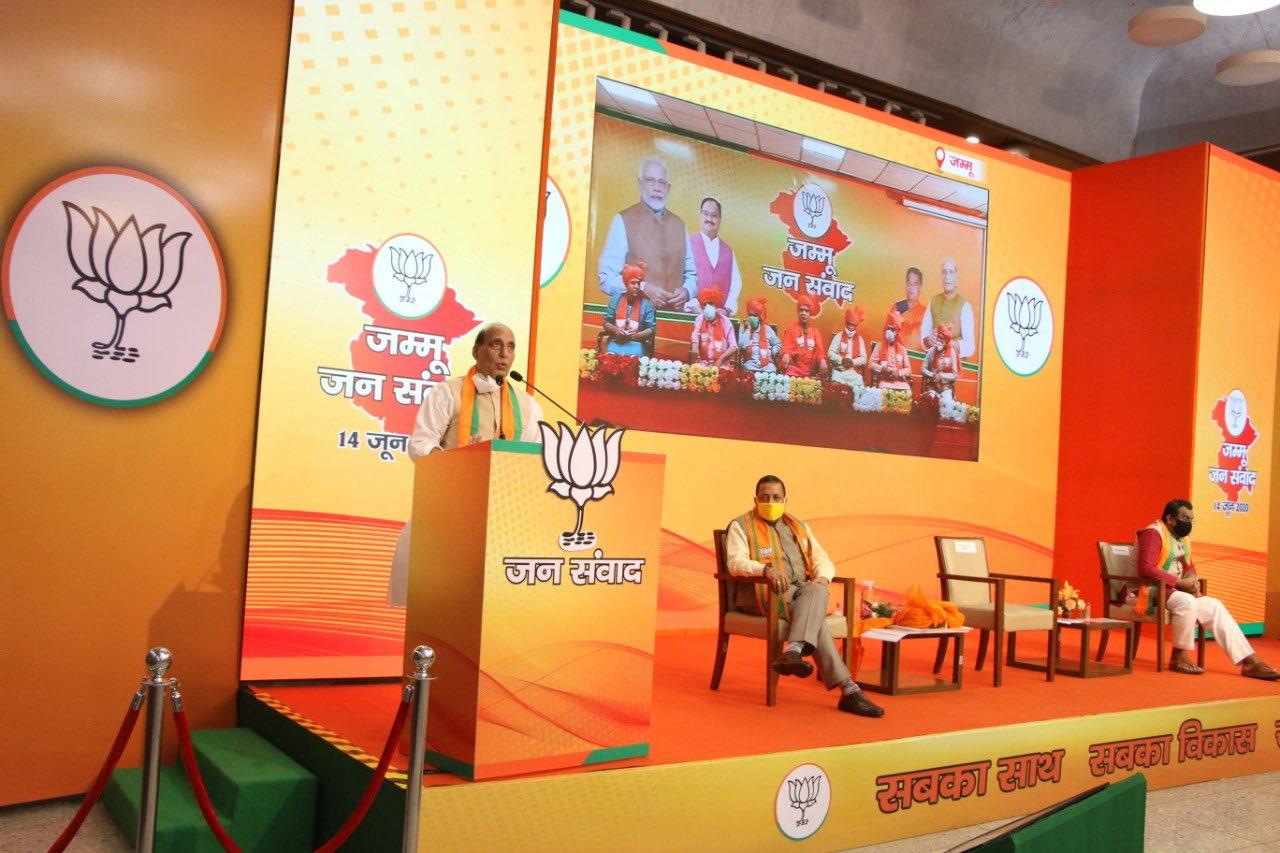 New Delhi: Amid border stalemate along the Line of Actual Control (LAC) in Eastern Ladakh, Defence Minister Rajnath Singh on Sunday said that China has expressed their desire to resolve the issue through dialogue and its “our effort too is to find a solution through talks at the military and diplomatic level.”

He also stated that India will never compromise on its “national pride” as it is no longer a “weak” country.

Assuring the Opposition members, the minister said that talks are in progress to resolve the border stand-off with China and that no one would be kept in the dark.

Addressing a virtual rally in Jammu and Kashmir, Singh said, “I want to assure that we will not compromise with national pride under any circumstance. India is no longer a weak India. Our strength in national security has risen. But this strength is not meant to frighten anyone but to secure our country.”

Stating that military talks were underway, Singh said: “China has expressed the desire to resolve the issue through dialogue and out effort too is to find a solution through talks at the military and diplomatic level.”

“We will not keep anybody in the dark. We will tell everything at an appropriate time to Parliament and to everybody,” he added while referring to the situation along the Line of Actual Control.

He also referred to former prime minister Atal Behari Vajpayee’s statement about finding a solution to the situation in Jammu and Kashmir through “Kashmiriyat, Insaniyat and Jamhooriyat”.

“Though Vajpayee ji is no more, but we still believe in this principle of Kashmiriyat, Insaniyat and Jamhooriyat,” he said, adding that “through Kashmiriyat, we see Hazratbal and Amarnath also”.