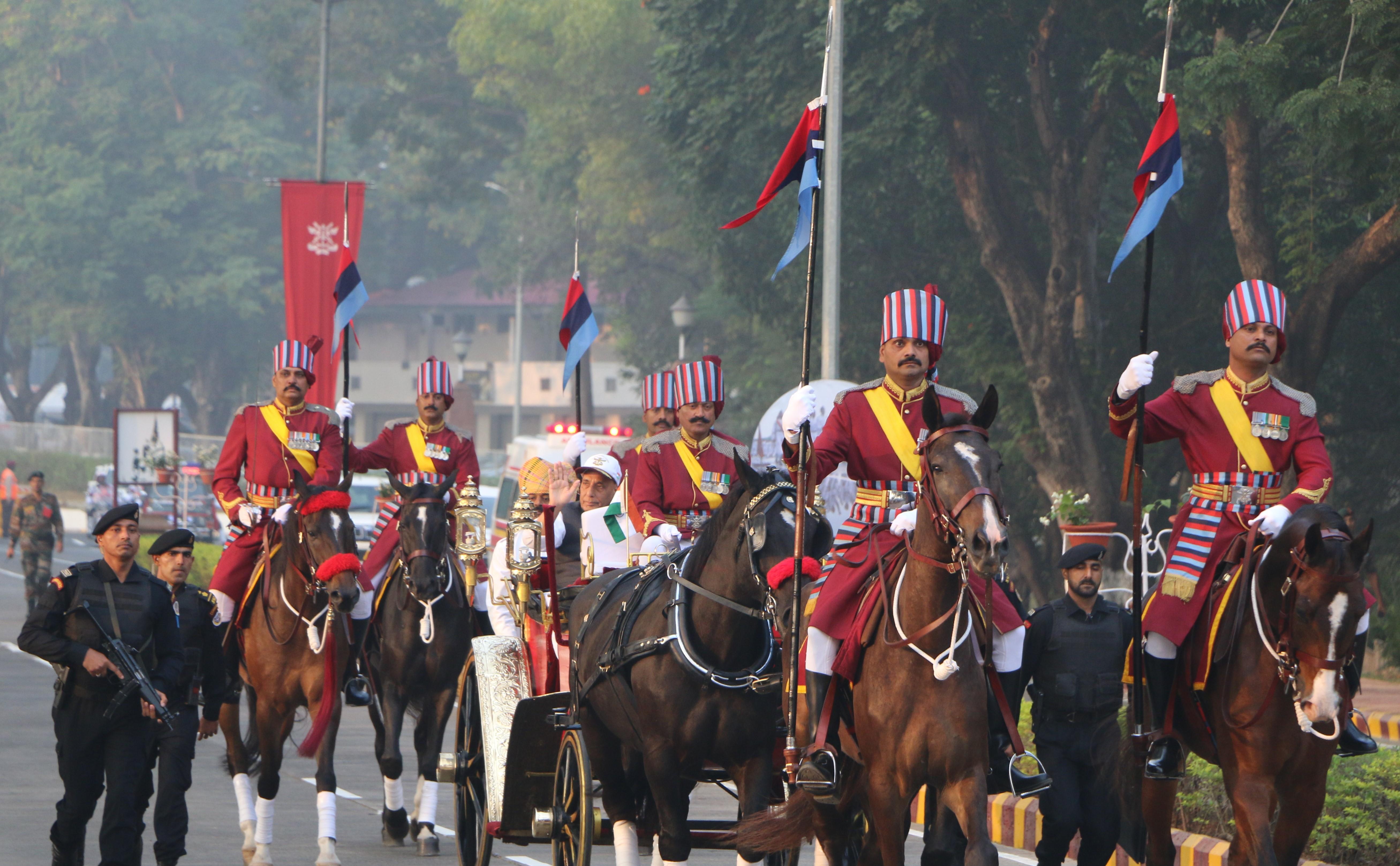 Pune: Passing Out Parade (POP), the much-awaited event of the Pune-based National Defence Academy (NDA), Khadakwasla will not take place the traditional way this year for it’s 138th course. In view of the nationwide lockdown due to Coronavirus pandemic the ceremony to be held on 30th May this year, has been considerably scaled down.

“The emotional and exhilarating experience that the gentlemen cadets and their families wait for post the three years of rigorous training has been affected due to covid-19” confirmed a senior officer posted in NDA.

Keeping in mind the social distancing norms, 138th NDA this time will instead observe ‘Plan B’ which will be a small graduation ceremony including an award ceremony and speeches in the Habibullah Hall of the National Defense Academy. No guests or ‘End of Term’ formalities will be observed during the ceremony and the 300 odd gentlemen cadets graduating will have no term break this time.

It’s only the second time in the history of NDA that the PoP will not take place in the expected fashion. 45 years ago the 50th course of NDA too experienced the same due to heavy rains that year.

“The POP on the Drill Square could not be conducted due heavy Rains. The function for awarding Medals (Gold, Silver, Bronze) we gathered in the Assembly Hall, However the special feeling of overwhelming pride of Slow March past the Quarter Deck to the tunes of ‘Auld Lang Syne’ at the Drill Square, with Fighter Jets zooming over your head is still sorely missed.” fondly remembers Air Marshal Ajit S. Bhonsle (Retd) who passed out of the 50th Course of NDA that year. “We all, known as the Golden Course (50th NDA) relate to this as a unique instance of which we even boast jokingly saying- We are yet to pass out from NDA" he adds jokingly.

Academy training remains incomplete without going through the camps that are designed to toughen up a cadet to the levels required by a soldier to survive the vagaries of the battlefield. All cadets go through a series of camps designed to train them for specific terrain, operations and weather. The final of these camps is ‘Camp Torna’, the training of which too is reported to have not taken place like every year, since it requires cadets to go out of the academy.

“Its indeed sad for cadets to not experience the passing out parade in its traditional form in the presence of their family members, however under the current circumstances one can only hope the pandemic dangers will subside and the cadets can look forward to a PoP before finally getting commissioned into the services after training in subsequent academies.” says Lt. Gen. Rameshwar Roy (Retd.) who formerly served as Corps Cdr. Nagrota and passed out from the 51st course in IMA.

Former DGMO Lt. Gen Vinod Bhatia (Retd.) feels “Challenging conditions need special and different norms. There is no choice and hence this NDA POP will be historical. We were to go and welcome the 144 course as per tradition as I belong to 44 NDA Course but that too has been rightly suspended on account of COVID19”

As of now the new Course 144th course induction is reported to have been delayed and is unlikely to commence before August 2020.

The writer is a Delhi-based senior journalist, covering defence and strategic affairs.