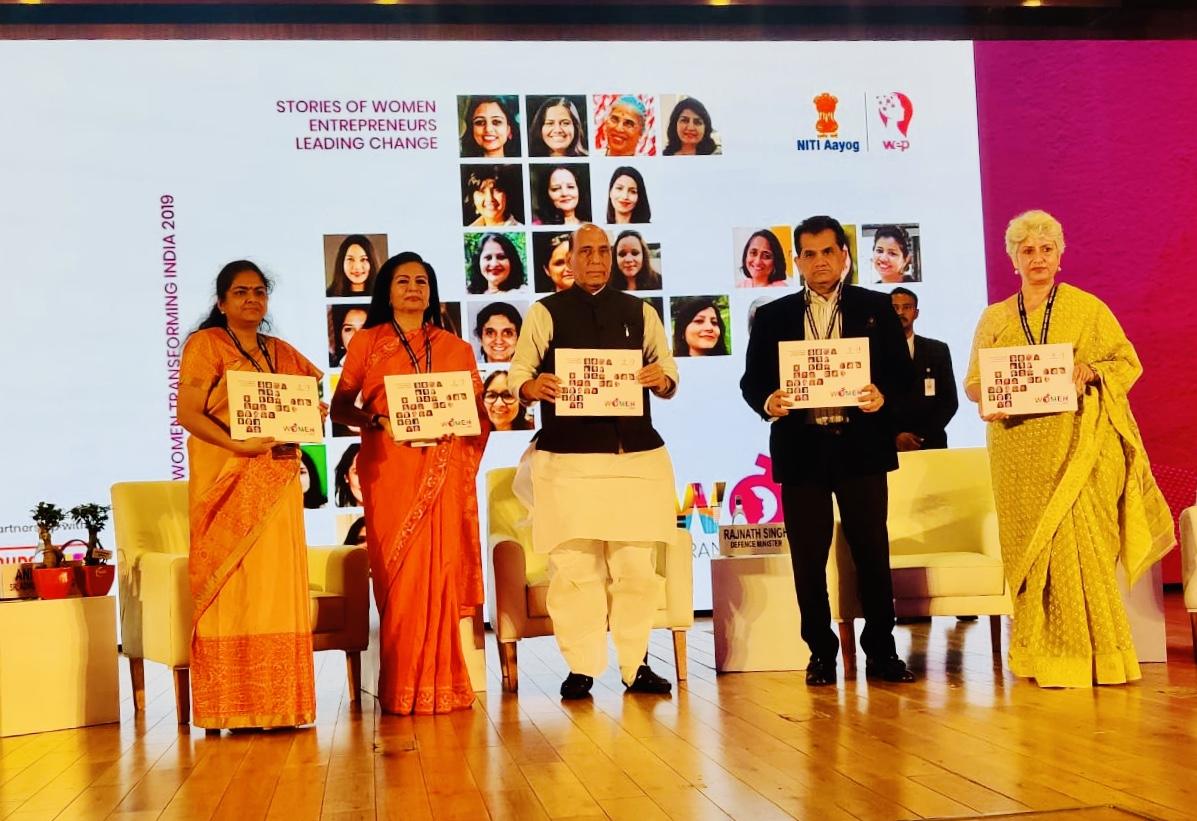 New Delhi: Defence Minister Rajnath Singh on Sunday said that the women participation in the armed forces have increased over the years and  further enhancing their  role is the priority of the government.

On the Occasion of International Women’s Day 2020 Mr Singh presided over as the chief  guest  in the  Women Transforming India Awards  function organized by NITI Aayog and cited the example of Tania Sher Gill —- who led an all-men contingent in Republic Day Parade.

The minister said that women are new leading on many fronts which were once not even open for women.
Mr Singh also said he is of the opinion that no door of Armed forces should remain closed for the women.

He said women are endowed with the impeccable capabilities of creating, nurturing and transforming.

The minister emphasised the role of women in the workforce in contributing to the economic growth of the nation.

He said society develops only with the upliftment of its women.

Women participation is necessary for the country to achieve the 5 Trillion Dollar economy target, he said.

He went on to remark, “Today's awardees have overcome financial and societal challenges to not just redefine the word entrepreneurship but also refine it. I congratulate NITI Aayog and WEP for providing women entrepreneurs with a platform to share their dreams, failures and victories with each other and grow from them.”