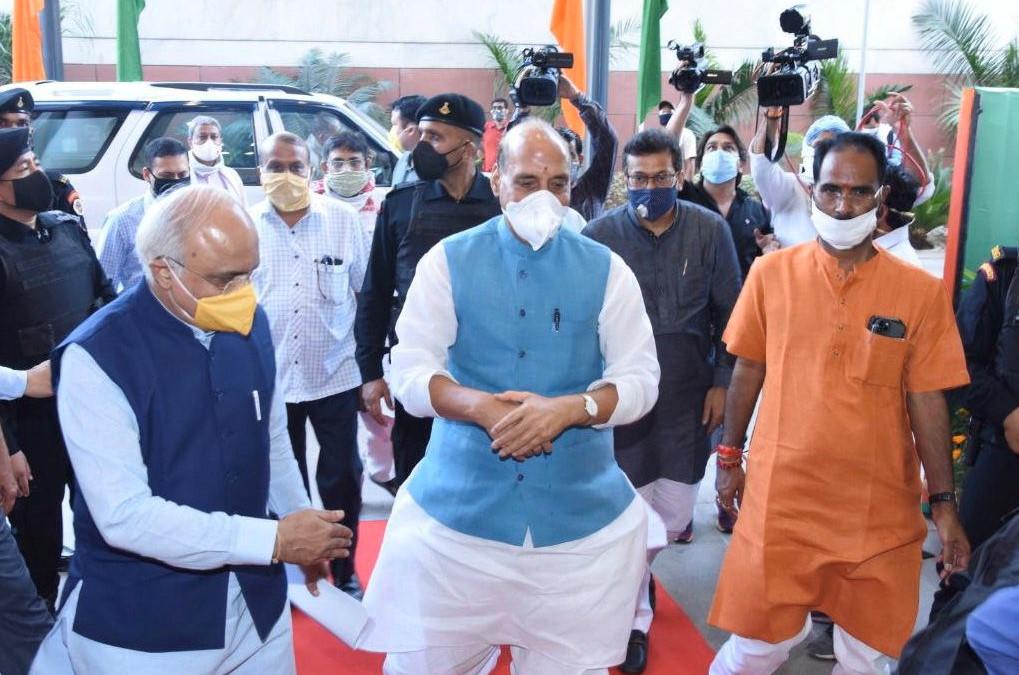 New Delhi: Amid ongoing standoff between troops of India and China along Line of Actual Control (LAC) borders in Eastern Ladakh, Defence Minister Rajnath Singh on Monday said India's military and diplomatic levels talks with Beijing have been positive and both the nations have agreed to continue to resume over a month-long border impasse.

Addressing the BJP's Maharashtra Jan-Samvad virtual Rally, Mr Singh also said the Narendra Modi-led government will ensure that India's pride is not affected as far as the situation along Indo-China border is concerned.

"The border dispute between India and China has been ongoing for a long time. We want to resolve it as soon as possible," the minister said.

"Talks with China are on at military and diplomatic level. The June 6 talks were very positive and both the countries have agreed to continue talks to resolve the ongoing tussle," he said.

"I want to assure people that leadership of the country is in strong hands and we will not compromise on India's pride and self-respect," he said.

While taking a dig at Congress leader Rahul Gandhi and other opposition leaders after they had sought the government's clarification on what is happening at the India-China border.

"As the Defence Minister of the country, I want to say that whatever I have to say I will say it inside Parliament, I will not mislead the people," the minister said.

The defence minister also criticized the Shiv Sena-led Maharashtra government over its handling of the Covid-19 health crisis, saying the current situation in the state looks like a circus is going on instead of proper governance. Maharashtra is the worst-hit state in the country with the highest number of coronavirus positive cases.