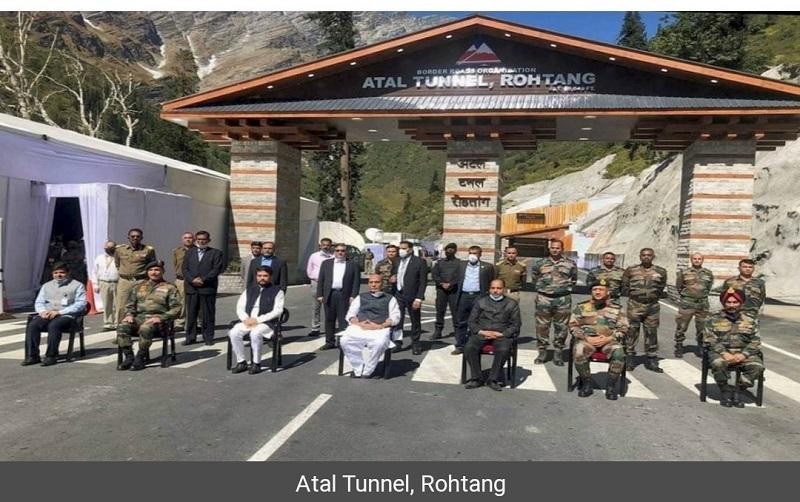 Rohtang: Defence Minister Rajnath Singh on Saturday said that the strategic Atal Tunnel is dedicated to troops deployed on borders and local people.

This tunnel is very important with in socio-economic case, he added.

Talking about Prime Minister Narendra Modi’s connection with Himachal Pradesh, he said, “When Atal Behari Vajpayee announced this, you were the organizing secretary of Himachal Pradesh and now when it is being inaugurated you are here to inaugurate.”

The 9.02 Km long tunnel connects Manali to Lahaul-Spiti valley throughout the year.

Earlier, the valley was cut off for about 6 months every year due to heavy snowfall.