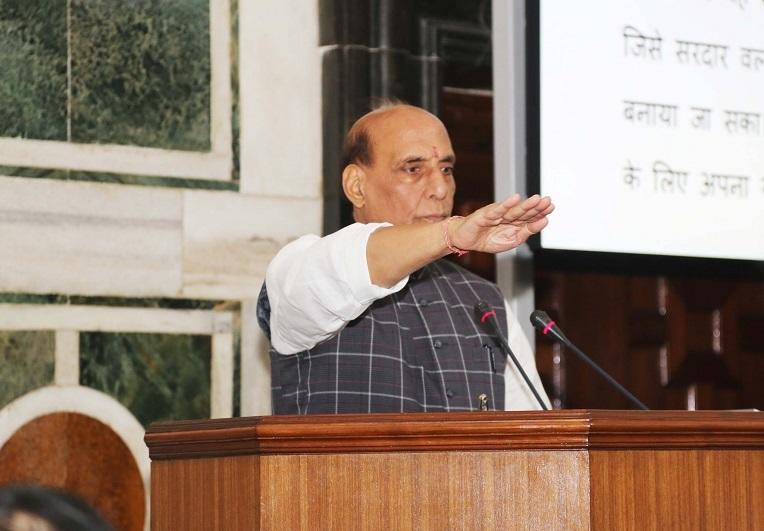 New Delhi: Defence Minister Rajnath Singh on Monday remembered the heroes of Ahom army who fought valiantly in the Battle of Saraighat against the Mughals.

He remembered the way Ahom army commander Lachit Borphukan led his troops in the battle.

Maniram Dewan's sacrifice to free Assam from British rule during the revolt of 1857, Bir Tikendrajit Singh, who led the Manipuri army in 1890, Moze Riba Nag of Arunachal Pradesh, and Rani Gaidinliu of Manipur who gave British Army good fight, among others are unforgettable.

“I salute Khasi chief U Tirot Sing of Meghalaya, who was a skilled fighter of guerrilla warfare. I bow down to Veer Sengya Sambudhan Phonglo, who led the Cachar rebellion. Similarly, I also bow down to Rani Ropuillani of Mizoram”, said Rajnath Singh.

Further, Rajnath Singh said that the Government-accelerated Development Initiatives in North East have transformed ‘Look East policy’ into ‘Act East Policy’, leading to all round developments in the Northeast region, enabling all the states to improve trade with South East Asian Nations.

“Whether it is road construction, expansion of railways or improvement of waterways, through Pradhan Mantri Gati Shakti, we are committed to strengthen the pace of development. We have also made a lot of progress in the field of energy. We have ensured the progress in Solar and Hydel Projects, and have done the work of providing electricity in every nook and corner.”

Underlining the Telecom revolution made by India by joining select countries where 5G facilities have been introduced, the minister assured the people of expanding the IT and Telecom facilities to every nook and corner of the North Eastern states.

“This will ensure economic development, good governance and public welfare. I have full faith that due to the hardworking nature of the young generation of North East, and the facilities given by the government for Ease of Doing Business, the North East region is moving towards a golden future’, he added.