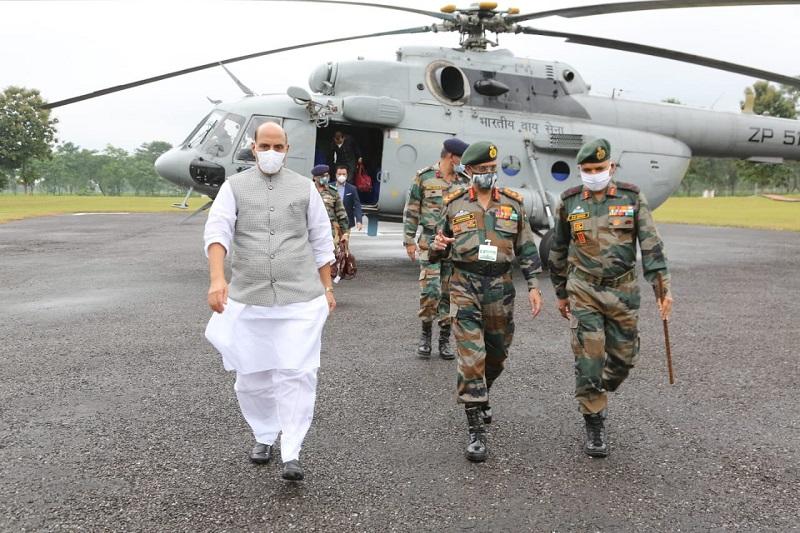 Gangtok: Defence minister Rajnath Singh had to cancel his visit to Sikkim due to bad weather.

The visit was called off due to inclement weather in the hill state, said state Transport Minister Sanjeet Kharel.

The Cabinet ministers led by Chief Minister Prem Singh Tamang, who had gone to receive him at the Indian Army helipad, have returned to Gangtok.

The Union minister was supposed to visit India army camps at the border and inaugurate a temple in the capital city.