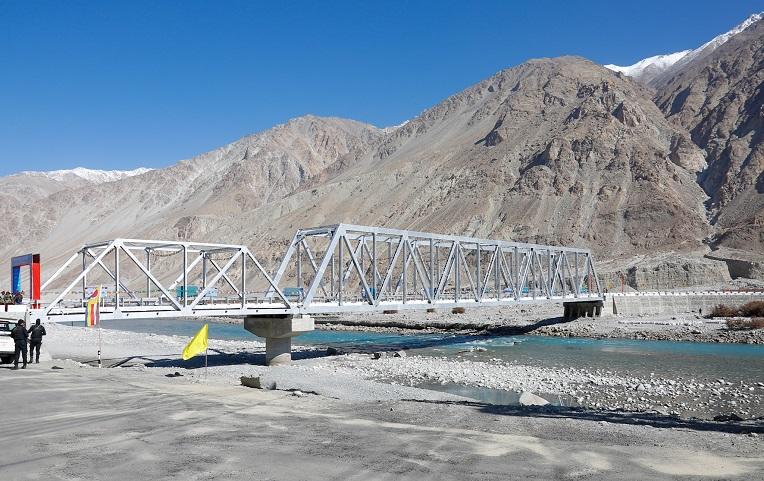 Leh: With an objective to strengthen the border infrastructure along the LoC with Pakistan and LAC with China, Defence Minister Rajnath Singh on Friday dedicated 75 infrastructure projects built by the Border Roads Organisation (BRO), to the nation, at a function organised at DSDBO road in Ladakh.

20 of these projects are in Jammu & Kashmir; 18 each in Ladakh and Arunachal Pradesh; five in Uttarakhand and 14 in other border states of Sikkim, Himachal Pradesh, Punjab, and Rajasthan. 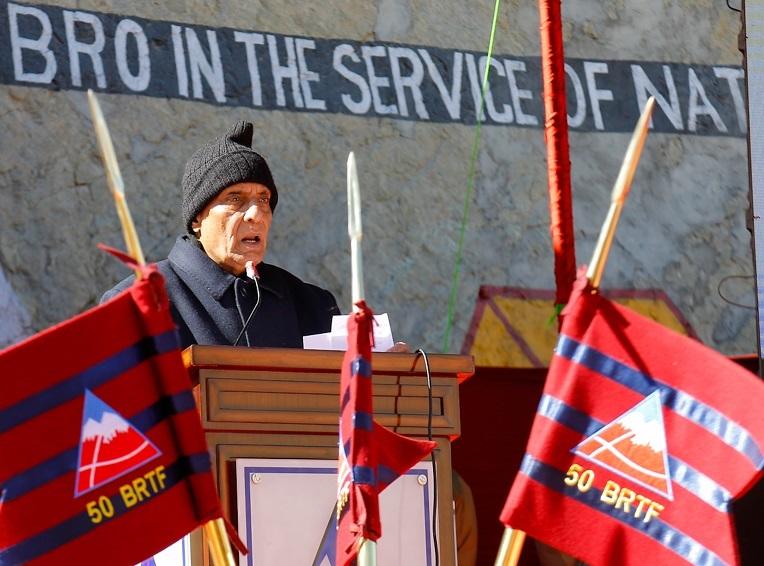 These strategically important projects have been constructed at a total cost of Rs 2,180 crore in record time, many of which have been completed in a single working season using state-of-the-art technology.

Rajnath Singh pointed out that the projects will bolster the country’s defence preparedness & ensure economic development of border areas.

The highlight of the event was the onsite inauguration of 120-metre long Class 70 Shyok Setu on D-S-DBO Road at an altitude 14,000 feet.

The bridge will be of strategic importance as it will facilitate logistics movement of the Armed Forces. 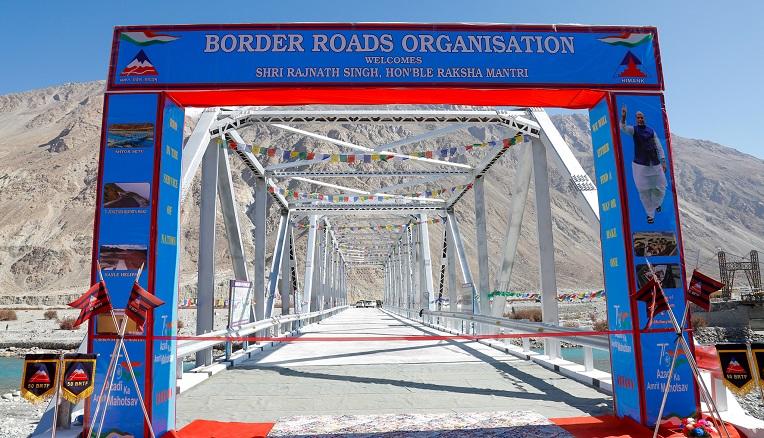 Other projects inaugurated virtually by the Raksha Mantri include two helipads, one each in Hanle and Thakung, in Eastern Ladakh.

These helipads will enhance the operational capabilities of the Indian Air Force in the region.

Speaking on the occasion, Rajnath Singh reaffirmed the Government’s commitment to ensure the progress of far-flung areas to fulfil the security needs of the country, stressing that infrastructure development, along with the valour of the Armed Forces, was the main reason that helped India to effectively deal with the recent situation in the northern sector.

He termed the new 75 projects as a testament to that resolve and said that these bridges, roads & helipads will facilitate military and civil transport in far-flung areas of the western, northern and north-eastern parts of the country, forming a part of development chain. 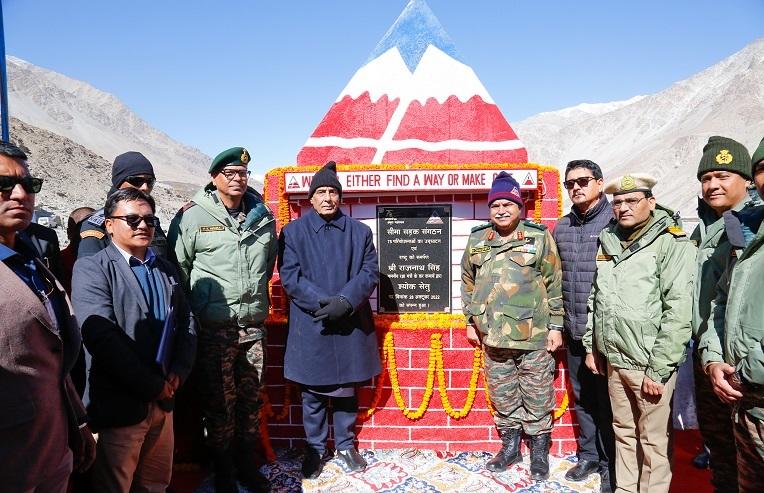 He described connectivity with border areas as one of the focus areas of the Government for the holistic development of the nation.