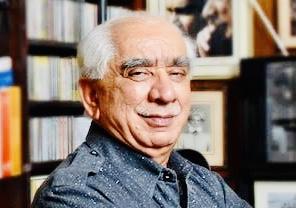 New Delhi: Former Union cabinet minister Jaswant Singh passed away on Sunday after a prolonged illness. He had cardiac arrest this morning.

Mr Singh was admitted to Army Hospital Research and Referral on June 25.

He was admitted on 25 Jun 2020 and being treated for Sepsis with Multiorgan Dysfunction Syndrome and effects of Severe Head Injury old (Optd) had a Cardiac arrest this morning.

“It is with profound grief that we inform about the sad demise of Hon’ble Major Jaswant Singh (Retd), former Cabinet Minister of Government of India at 0655 hours on 27 September 2020.,” the Army Hospital Research and Referral said in a statement.

Despite the best efforts of the attending team of specialists to resuscitate him, he could not be revived and passed away today, it said.

His Covid status was negative.

He was an officer in the Army in the 1950s and 60s but he resigned to pursue politics.